Equipping elite troops: look what we’re sending to the forefront

Dear friends, over the last period of time we, the volunteers of People’s Project, have been actively asked your assistance in equipping an elite military unit. Finally, we’ve managed to raise the larger part of the amount and bought the necessary stuff which we are preparing for the transfer now. Let us show you what the money donated by you, has been spent to.

Their names cannot be pronounced in public and we are going to keep these private. We are talking about an elite unit which is engaged in several important missions including counter terrorism and single operative tasks of the higher secrecy carried out on both sides of the frontline. these also include special forces operations in hot spots, liberation of villages and towns occupied by terrorists. In addition, they are regularly engaged into counter activities and opposing the enemy forces both on their own and in co-operation with other Ukrainian troops, police and army units. Terrorists call them assassins and punishers, and this is where we agree: there must be someone who fights against the enemies of Ukraine and keeps them in fear. In our turn, we refer them as the supreme elite troops who relentlessly eliminate the terrorists and whom we are honored to support. Well, the present transfer includes the following equipment. 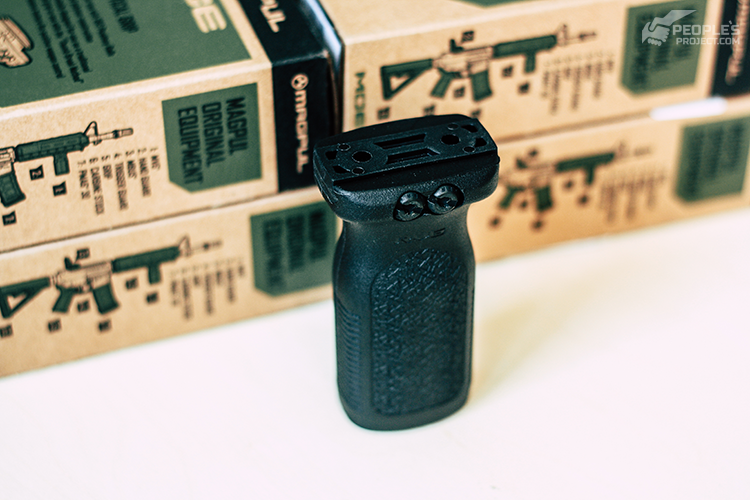 Fire transfer handle. This is rather a simple still handy piece of gear. It helps to hold the rifle in the left hand, keeping it tight and close to the gun-sight’s end which adds to the accuracy of shooting and makes the rifle more comfortable to use in combat situation on the whole. At this, we’d rather stop describing it not to tease specialists in tactic shooting. We can only assure you that we did have a chance to try the handle out personally. Yes, its design may not fit everyone, still in certain situations it can prove quite handy. 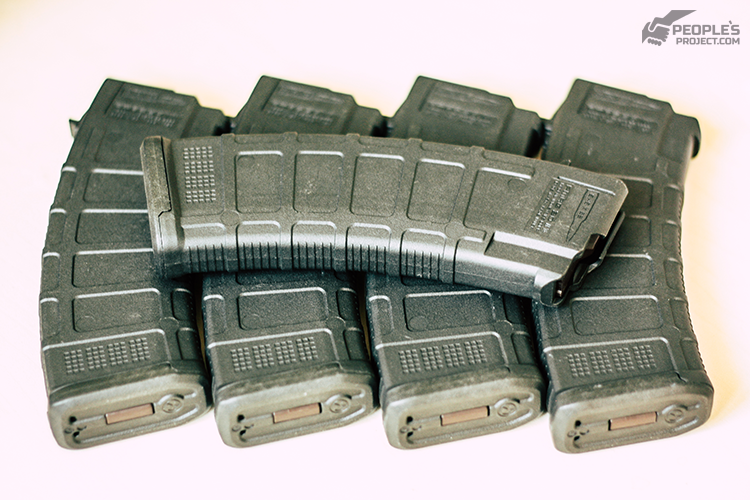 Five magazines. They are made of high quality composite plastic. The guys requested these equipped with the identification window that would enable them to see how many rounds are left there, still unfortunately we failed to find such modification. So we are going to purchase and send these a bit later, and for today we’re sending them simple magazines with no identification windows which are nevertheless handy and up-to-date. 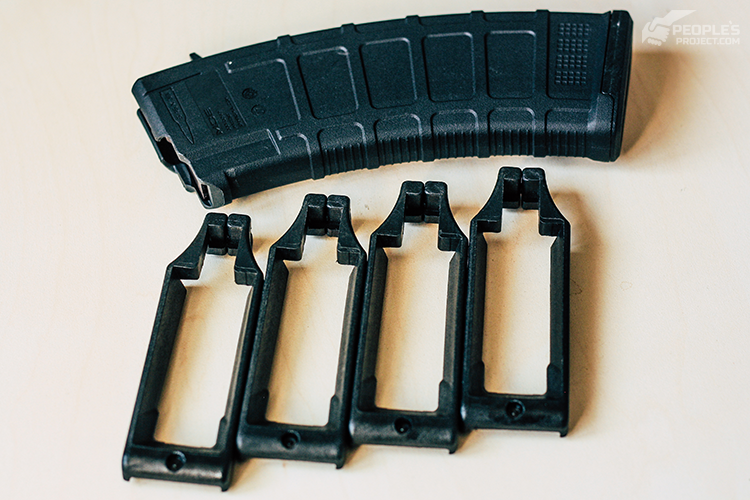 Along with the magazines, we are transferring four modernized rails with widened opening which allows to change the magazine faster and easier. And these milliseconds of time saved in a battle mean additional chances to survive as well as be first to shot the enemy. These rails are easy and fast to fix in any situation. 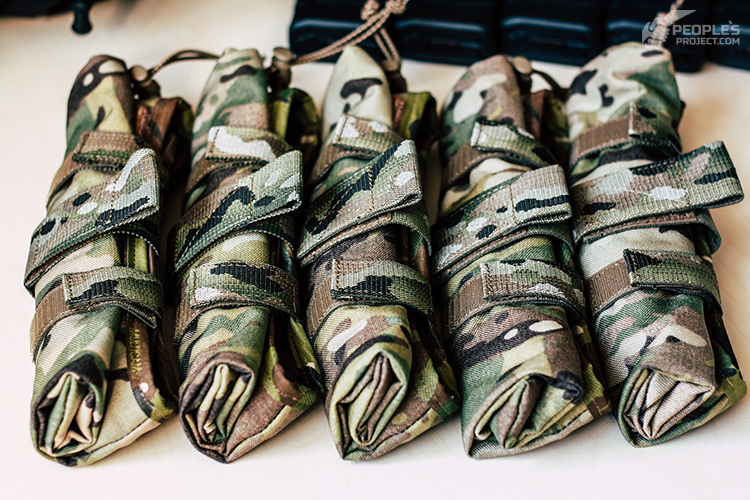 Also, we are sending some nice sewed goods manufactured by a wonderful Ukrainian brand titled Velmet. These are two kinds of cases for empty magazines which you can see below, here: 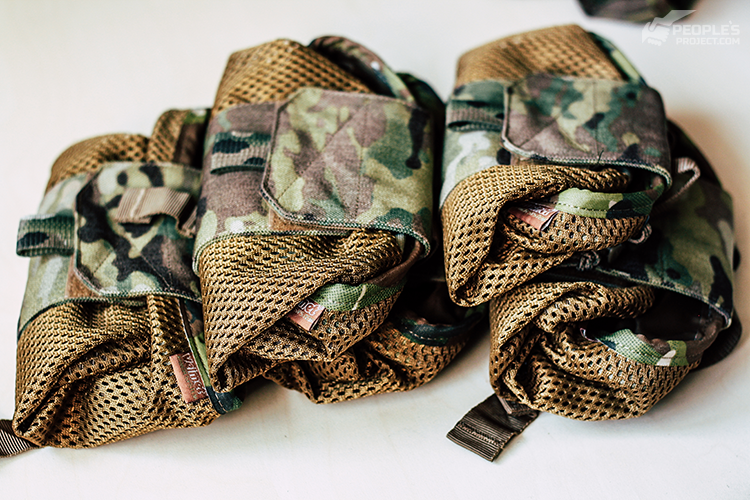 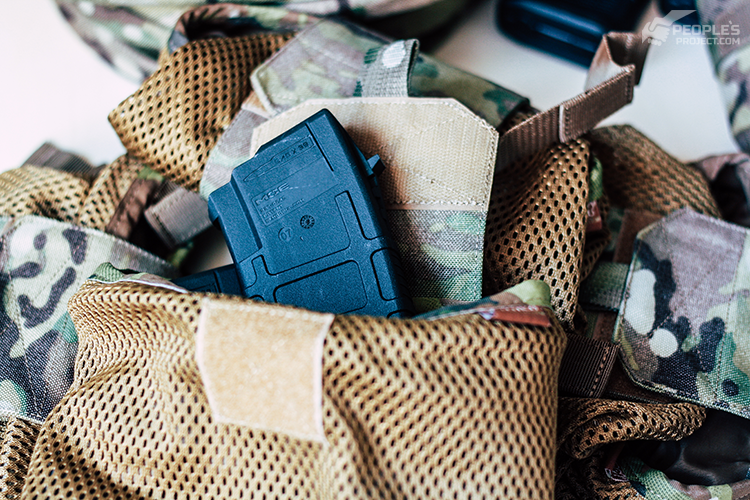 Magazines are quite costly, so one can hardly allow to lose these somewhere, even in combat situation, as it would be unjustified waste. That is why such a compact folded case makes rather an exceptionally handy tool. You shoot, empty your magazine and then get it safely velcroed up in the pocket. Easy! 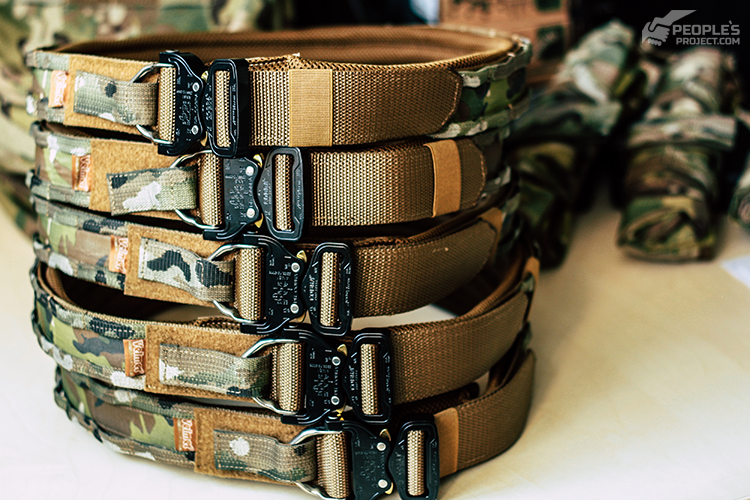 By the way, as to tactical belts – we’ve bought these, too. Have a look at them. They can be adjusted to comfortably fit any body type; when fastened, they would fix anything absolutely tightly, be it even a small elephant. But if you need to take off these, you just need to undo the fastening, and voila. 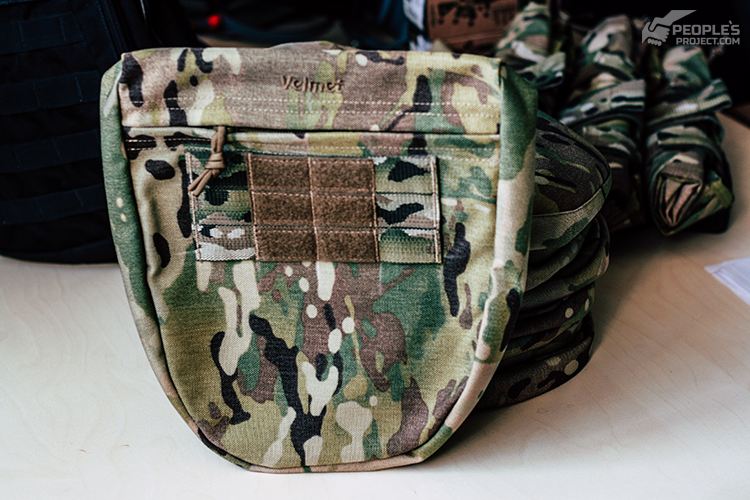 In addition to all that, we also included ten extra pockets for bullet proof plates which can be attached to the jacket: these are designed to protect the pelvic area. It is essential as this part of the human body is filled with lots of blood vessels. In case a person sustains a shotgun injury in this area, he or she can die in minutes due to massive blood loss. That’s why we bought these pockets for our servicemen. Wishfully, they will never prove useful, still having them protected looks quite reasonable. 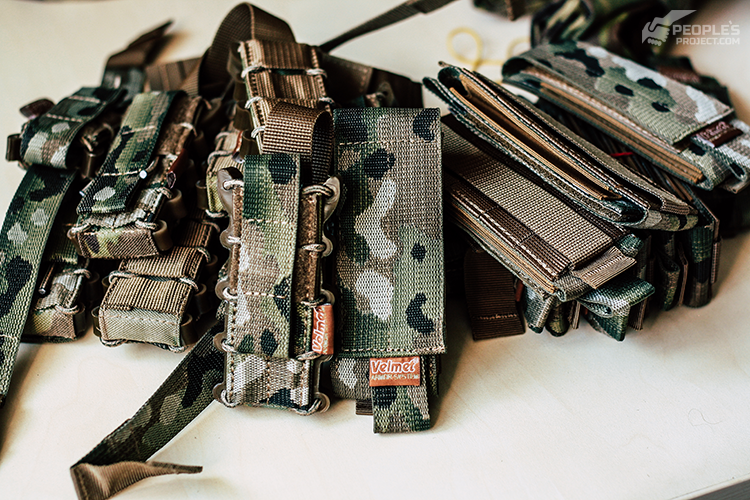 Also, we’ve purchased several kits of special mini pockets for magazines and tourniquets. These medical devices are vital for immediate blood loss stoppage that can often turn life-saving. As to the magazine pockets, they are rather stiff, with a plastic fixation, and able of holding the magazine quite tight. This feature will allow to make sure that your magazine is firmly fixed and is not going to be lost somewhere in the fields. In case of need, a fighter will be able to take the magazine out in a second to recharge his gun fast. 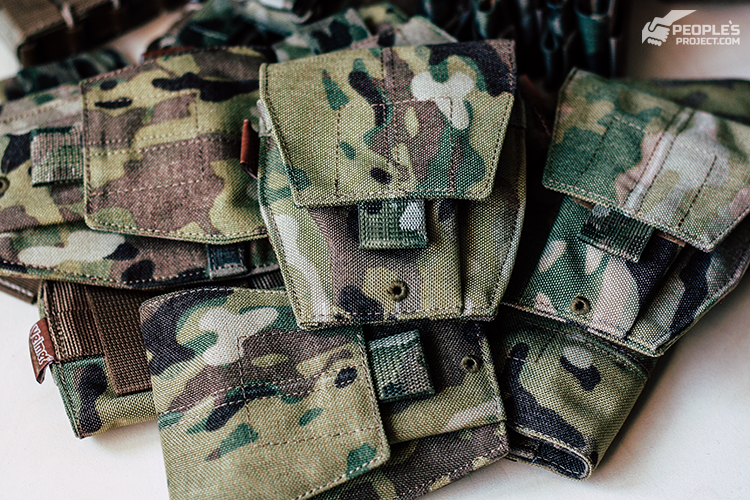 Apart from these cases, we also bought ten little ones for handcuffs. As long as the unit is commonly engaged in the special operations as well, the guys have to arrest terrorists or detain dangerous armed criminals quite often. So these cases for the cuffs will definitely prove useful soon.

At this, we would like to take a short break and continue our report a bit later. In the following part of it we are going to show you some weaponry elements as well as special gear for our shooters. Now we would like to say thank you to the staff of Tactica, a shooting range and gunstore: these wonderful people sold us the equipment at such friendly prices that we first could not believe it. Such hi-end gear at such low prices, just incredible. So we recommend this cozy place on Darnytska square: everyone can buy practically any weapon or equipment here, fix his old gear at their repair store where their skilled gunsmiths can adjust or repair any type of a gun, or just train his or her shooting skills at Tactica’s shooting range. To reach them, you can follow the link above or write us a DM on FB: we’d be glad to help you with some special proposals.

And, finally, let us remind you once again that even this specific transfer is far from being out last one that we are going to send to the forefront soon. Apart from the SpecOps teams, we also patronize a number of army units who need the equipment the government did’t supply them with yet. So fundraising within the Rapid Response project continues, and we urge you to participate in it. As to win this war we need to stand together and combine our efforts. Dear friends, go join in!