Home/School of Military Divers/Report/A quite expected robbery: some details about…

A quite expected robbery: some details about our returned Navy vessels

Dear friends, let us discuss the latest events. Indeed, Russians returned our vessels seized in the Kerch Straight last year. Only yesterday, on the 21st of November, the vessels arrived in Ochakiv. All the three ships had to be towed to the port as they could not move on their own. Juridically, the vessels were passed to Ukraine “for responsible storage” as “evidence” in a “criminal case” investigated by Russians. Well, albeit so, now it is up to our diplomats who are now to fix the shameful state of efforts in international courts. 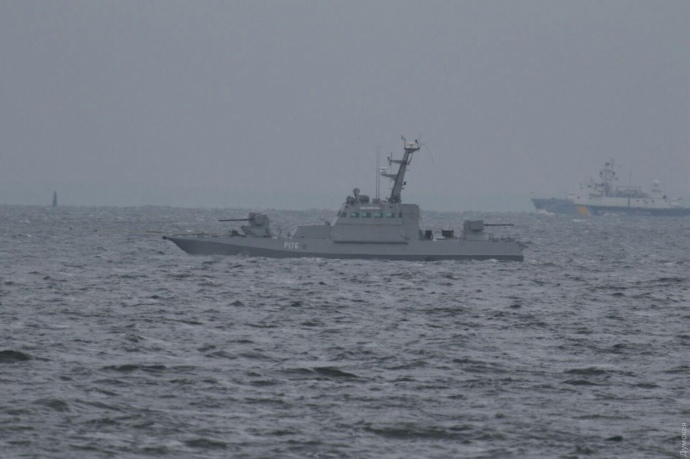 Since the early morning, the Russia’s FSB, along with its informational minions, have been actively spreading over the web a footage showing that the toilet is still in place. The video allegedly testifies the vessels’ good technical condition and completeness by the moment of their transfer to Ukraine. We are not going to share this shameful piece of propaganda; however, let’s say a few words on the topic. Although the video itself looks like a primitive simulation mostly filmed in questionable circumstances in a hardly recognizable place, still some “useful idiots” are quite satisfied with it, which only means that another filthy informational campaign against Ukraine has been launched again. That is why we urge you to remain cool-headed and take any new information with due criticism and prudence. There is one important thing to mention though: from the very start, the whole process of transferring was conducted at the sight of a large number of Russian warships and aircraft weapons. Before signing the “completeness act with no further claims” papers, the Russians did not allow our officers to inspect the vessels in any way. Due to this circumstance, our official had to sign the papers with a separate statement that the ships are being accepted without examining. While further inspection revealed the following facts… 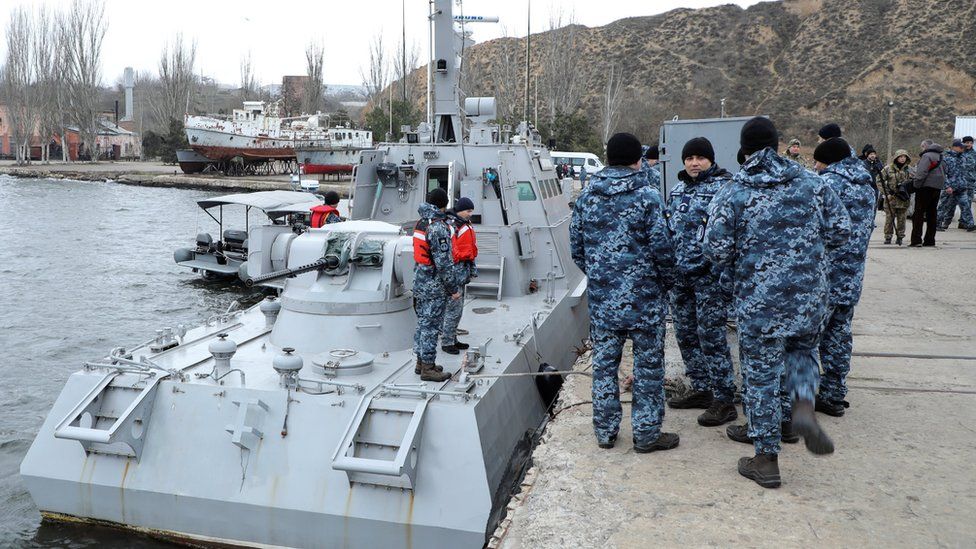 As regards the vessels’ technical condition, our formed General Military Prosecutor Anatolii Matios has posted a corresponding document, an unofficial preliminary maintenance report drawn by our serviceman who examined the vessels immediately after the transfer. Our mariners confirm the facts specified in this report. 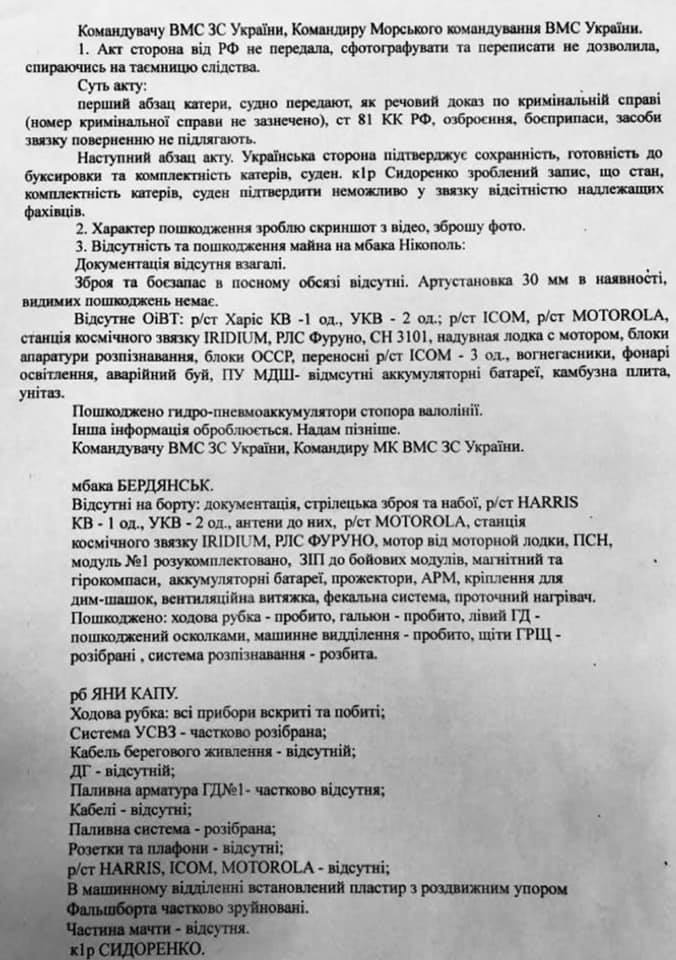 For example, for safety reasons, the crew members have to destroy special communication means before they leave the vessel in case of an accident. This is done to prevent valuable facilities from getting into the hands of an enemy. Even if not to mention specific equipment, the Russians gave our vessels back stripped of communication facilities and other elements of ship electronic systems, of lifeboats and extinguishers, accumulators and flashlights, weapons and their spare parts, even of kitchen stove, a toilet, parts of the drainage system, and our sailors’ private possessions. In addition, most constructive elements and systems of the ship have been severely vandalized. Well, well. Hopefully, this shameful robbery will prove worth it, and the stolen toilet help improve the situation wherever the Russians brought it, rather than on the Ukrainian vessels returned under the international community’s watchful eye. 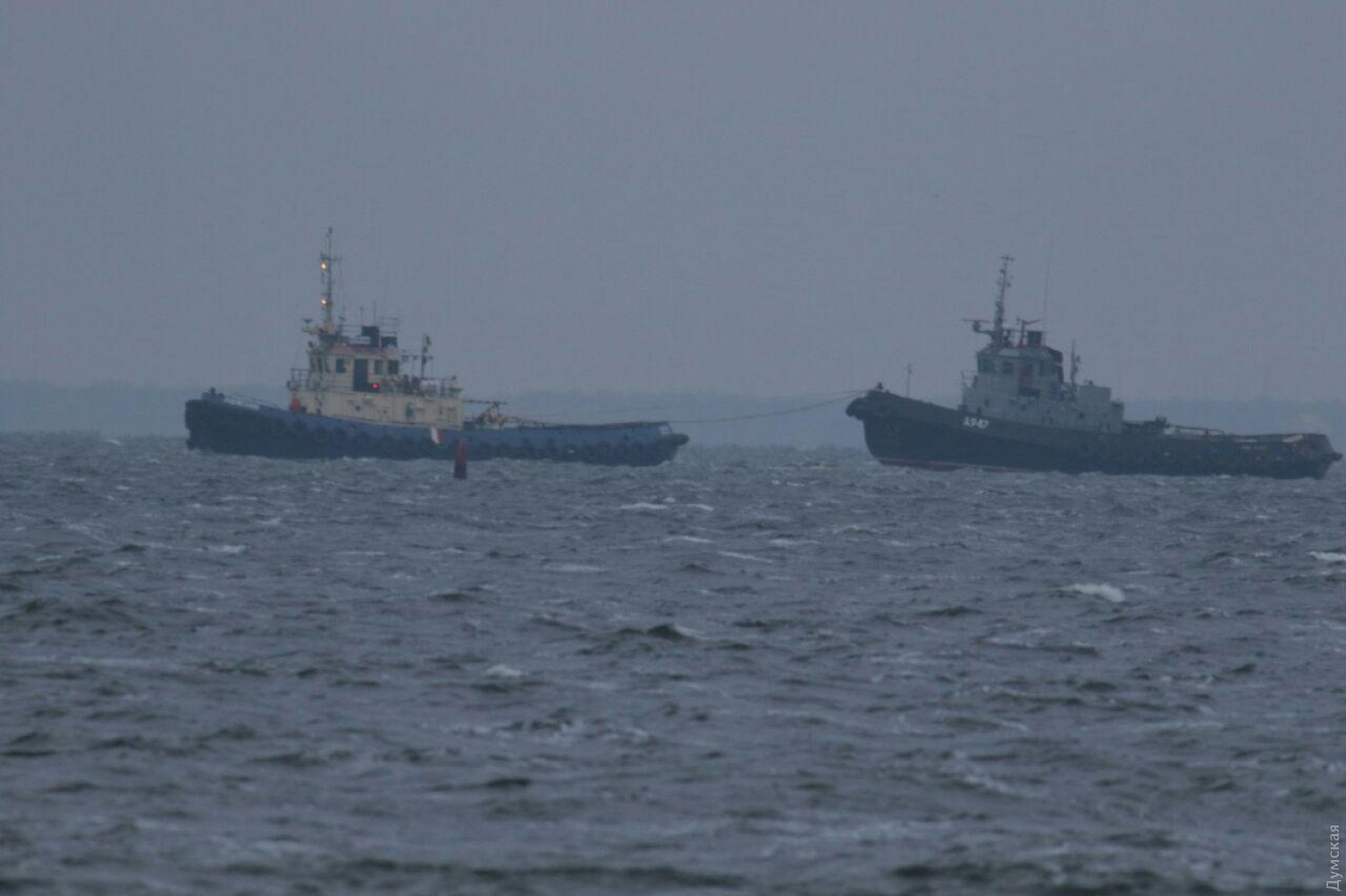 Now to our normal customary matters. This way or another, all the units of Ukrainian Naval Forces have got involved in the recent activities. Still the major part of work was entrusted to the military divers. The specialists of the Navy’s Search and Rescue Unit and the fighters of a combat unit participated in the process of transfer. That was one of the key moments in which our entire project proved really useful.

What was the purpose of the military divers’ recent deployment, especially in open waters, under the sight of weapons of Russian naval vessels? 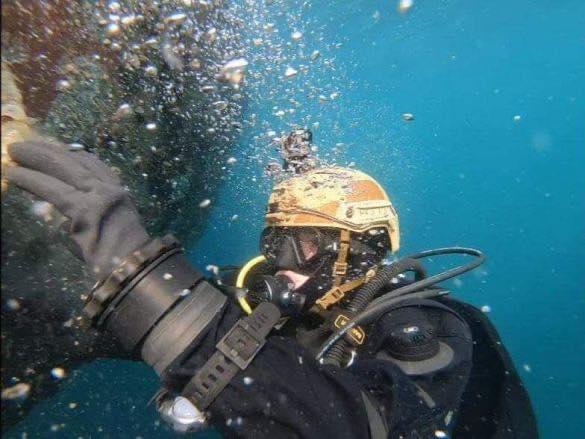 First, despite all assurances, it was unknown in what condition the ships’ hulls, steering gear and propellers were. These could have been damaged either in a battle that took place during the seizure, or intentionally disabled afterwards. So our divers had to make sure that the vessels were able to stay afloat. 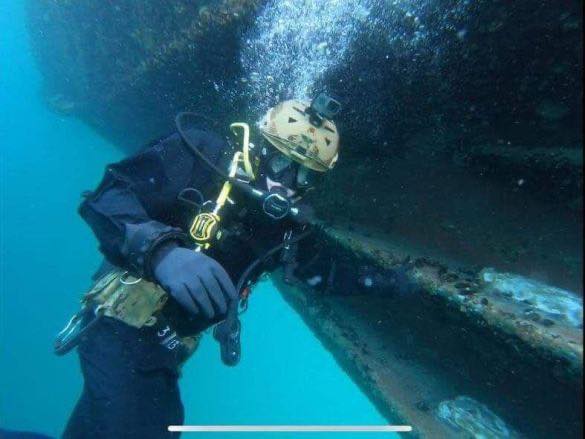 The second moment. Russians are well known for their craftiness, so the frogmen had to inspect the ships’ bottoms for hidden explosives. Even a small slow action mine disguised as an element of structural design, could have easily sunk a vessel. While the Russians would have enjoyed this and said something like “Look at these losers who failed to bring their own ships to the port!”. It would have been a shame, actually. 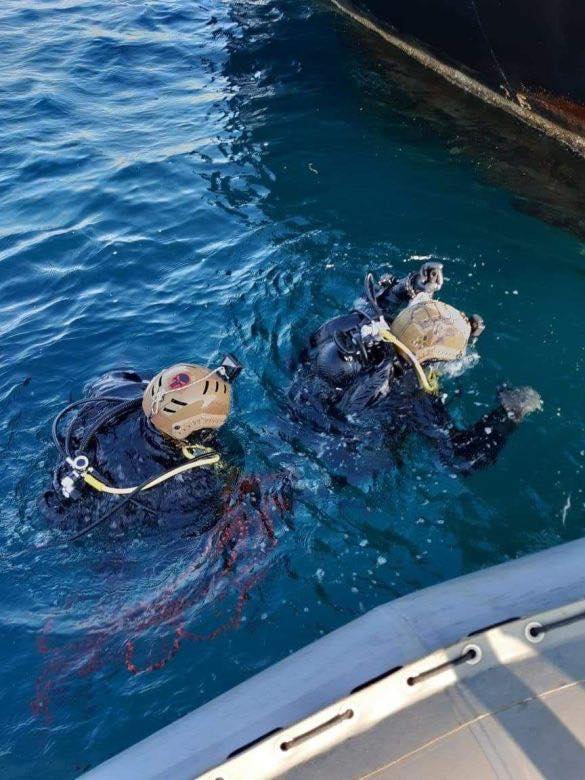 The third point. Among other things, we are to conduct further investigations, possibly including those carried out in international courts, where the detailed report on condition of the returned ships will serve an important element of the juridical process. That is why our divers had to closely examine the underwater parts of the ships, film their discoveries and provide a detailed professional report on the state of equipment. 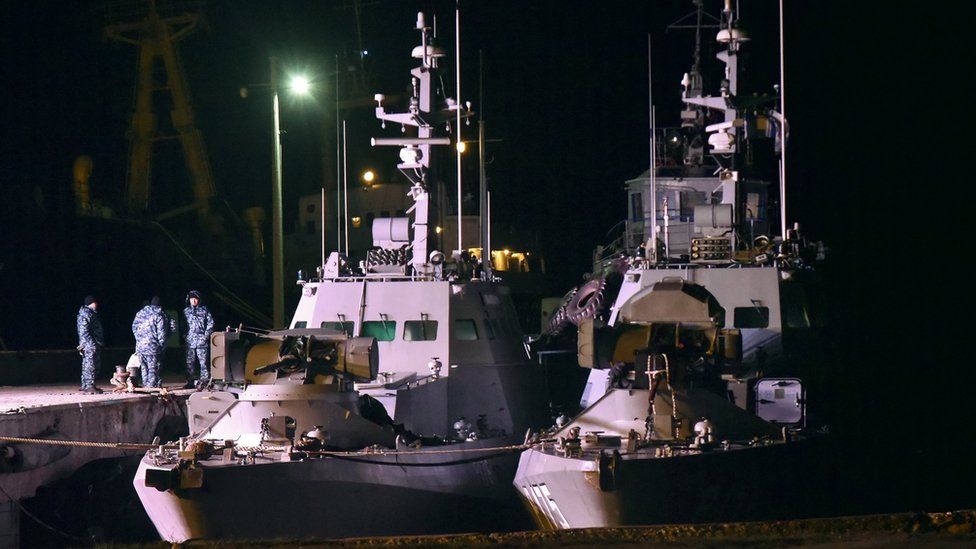 Hence, dear friends: the very transfer looks as a highly important event, a milestone. The divers engaged in it, had to possess professional skills in at least three fields. A submarine technician with good knowledge in structure of a ship who is able to carry out sufficient evaluation of a vessel’s condition including its hull and submerged parts of steering gear. An underwater sapper who is well-versed in explosives and able to identify even the most skillfully disguised trap. On top of that, he must be a good submarine engineer capable of drawing an accurate detailed report on the vessel’s condition and providing maximum objective expertise that will be later used as evidence in a court. 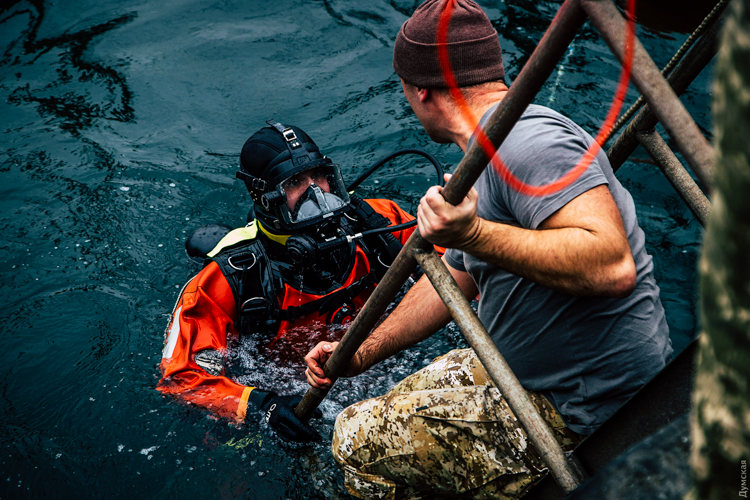 Let us conclude by saying that we are sincerely glad to know that the School of Military Divers’ volunteers have proven highly supportive in preparation of both units who participated in the transfer.

To summarize, we need to emphasize that the very profession of a military diver is vital in carrying out the variety of specific tasks. In the days of war, we do need our military divers desperately. And as soon as the state has started to support the diving school at last, not to seize our support is our duty. Within the corresponding project, we have been raising necessary funds; our friends and partners, the instructors of the School of Military Divers, have not only been training combat divers and  developing training programs, but also satisfying the Navy Diving School’s operative needs, often at their own expense. So, dear friends, please join in! The necessity of your support is obvious and indisputable as we have been investing in our own homeland’s security.

Photo credits: Dumskaia, Reuters, The Presidential Office press service, the Naval Forces of Ukraine and the divers themselves