And you say “it’s impossible!”

Two weeks ago, when a problem with off-roads for our Navy SEALs emerged, a young guy called DenisRusin called us. He was interested in for whom and for what for we needed the vehicles, whether our SEALs were good within the ATO, and asked other questions. 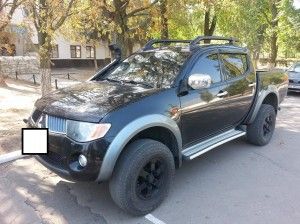 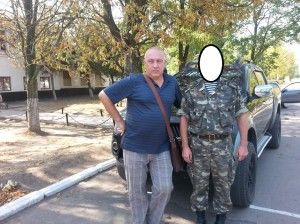 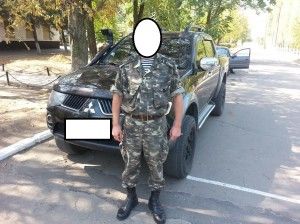 We answered all his questions. Denis said that he and his friends from Melitopol decided to give us Mitsubishi L200, 2008 year of manufacture. However, before doing so, they would like to service the vehicle, check its suspension system, replace some parts and fluids, and transfer the vehicle to us without being ashamed of it.

We deal with a great deal of information, and get a new call every five minutes and we don’t always remember who called. I would have forgotten about Denis’ promise had he not called back yesterday, some two weeks after his first call.

Denis informed us he had kept his promise: the vehicle had been repaired and delivered to the officer of the 79th detached airmobile Brigade who had been visiting them on the occasion. The officer left for Mykolaiv in the vehicle in the evening. Denis said they also provided cigarettes, underwear and pasta so the vehicle was not empty.

We could not believe it and contacted Serhiy, a trooper of the 79th detached airmobile Brigade in the evening and were informed he would arrive in Mykolaiv in the evening. We agreed to meet at 9am the next day near the command post of the 79th Brigade. So we met.

When we inspected the vehicle, our jaws dropped: we never expected to receive a vehicle in “as-new” condition.

An hour later it was delivered to our Seals in Ochakiv.

We can’t say it loudly enough: THANK YOU MELITOPOL! Denis and your friends! Mykolaiv and Ochakiv are with you!