Actually, what a wonderful initiative to tell you about, dear friends! Continuously, without too much fuss, with no border violations and in strict accordance with current legislation, with no mines, projectiles or other explosives, western countries have been routinely delivering humanitarian aid to the occupied and adjoining territories of Donbas. 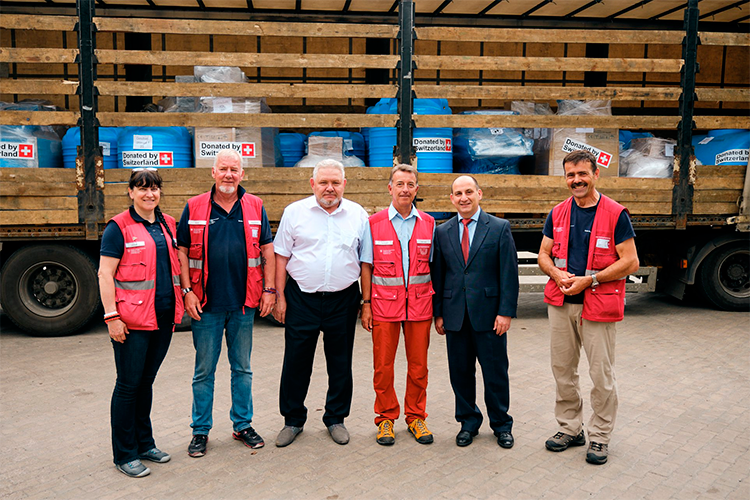 Delegation of the Swiss Embassy in Ukraine

Lately, 22 vehicles loaded with over 400 tons of supplies sent by the Swiss Embassy in Ukraine, entered Donetsk region. They delivered medical equipment, chemicals for water purification (just to remind, the environmental situation is mostly disastrous there), and even trivial foods like salt, to the Ukrainians who are forced to stay in the Russian terrorists’ captivity. Also, they brought equipment for water purification that is to be installed on pumping stations: this piece of aid is intended to meet the needs in potable water for over 200 thousand inhabitants of the territories along the contact line within the government controlled territories! 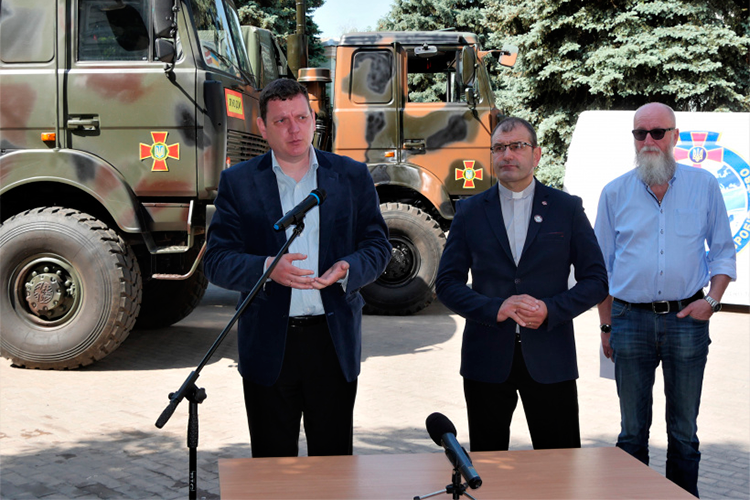 Also, a delegation headed by Ambassador Extraordinary and Plenipotentiary of Latvia to Ukraine Mr Juris Poikāns, has visited Donbas region. The foreign guests have brought more than 20 tons of humanitarian goods for the children inhabiting the territories near the contact line. The littlest ones who have to face all the disasters of the war, have got clothes, footwear and toys. With all gratitude, may we mention that this transfer from Latvia is the twelfth in a row, and it is the head chaplain of the Latvian National Armed Forces Mr Elmars Plavins who arranges and manages such transfers through co-ordination of Latvia and Sweden’s military personnel and charity organizations’ joint efforts. 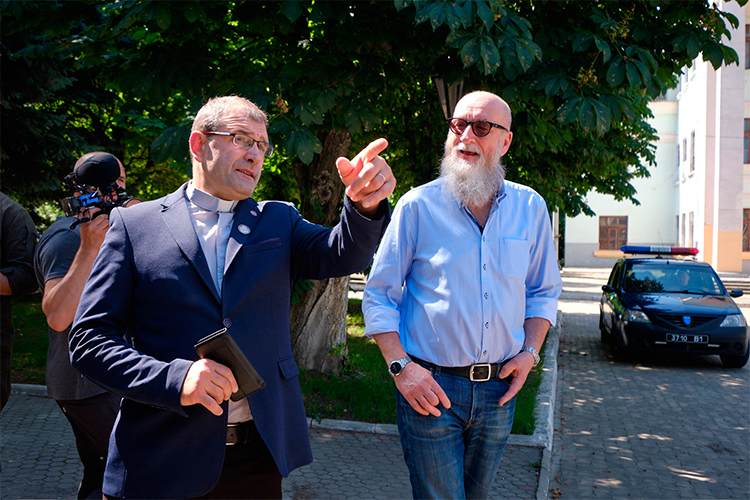 Mr Elmars Plavins, head chaplain of the Latvian National Armed Forces, with another participant of the mission

Ukraine’s National Guard is to conduct distribution of the goods among those in need while in our turn we thankfully remind you that Latvia along with other European countries have been relentlessly providing us aid for the sixth year of the war, both as regards equipping and training of our troops and rehabilitation of children inhabiting the territories along the contact line and Ukrainian military men’s kids; providing other kinds of educational services plus tutorials on mentoring in various IT training facilities of all levels. 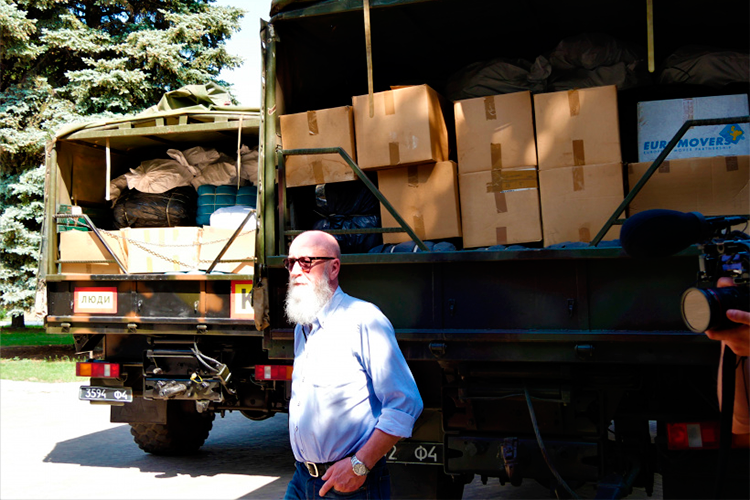 Actually, all these activities feel absolutely contrasting to the “aid” provided by Russians, when they constantly send weaponry, ammunition and fuel to their mercenaries while trafficking the equipment of plundered Ukrainian industrial facilities out of the country. “Surprisingly” enough, the terrorists increasingly intensified attacks on our territories after each illegal breach of such a “humanitarian convoy” into our own territories.

Well, dear friends, would you agree that this war has entered that prolonged and exhausting form when even daily reports on clashes with the enemy troops on the part of our military have totally vanished from media. Still, let us keep in mind that not only those doomed to live amid the war calamities needs our assistance: as well, we need to support our servicemen constraining the contagion of the “Russian World” from further expanding. We have been actively raising funds to buy necessary equipment for the units holding defense in the forefront. Some of them need sights for their weapons, other request thermal imaging scopes; some ask to buy a trivial power generator. In general, all this equipment enables saving our soldiers’ lives and make their survival in the field conditions a bit easier.

Right at the moment, we have been actively equipping a sappers’ unit engaged in de-mining go the territories along the frontline. Also, we support airstrike aviation pilots. Lately, we’ve supported our common and aerial reconnaissance guys. In addition, we’ve equipping a certain special forces unit acting on either side of the frontline. Also, we’ve constantly buying stuff for our army subdivisions. Dear friends, this became possible thanks to your support solely. That’s why we urge you to participate in the Rapid Response project once again. Sometimes, even a small donation of a few hryvnias matters: the money is sent to purchase of the life-saving equipment for our defenders.  Dear friends, please come join in! Your participation truly matters.