Kick the door down! People’s Project has sent special equipment to Alpha

The People’s Project volunteer center has purchased and sent a set of gear for fighters of the Special Operations and Counter-Terrorism, Protection of Criminal Proceedings members and Law Enforcement officers of the SSU “A” who are better known as Alpha. It is the division engaged in active work on either side of the front whose military don’t hesitate to take on the most complicated military operations in their fighting against terrorists and criminals. It is a pity that we cannot tell you both about these guys and their work in detail: secrecy and cover-up are among their key instruments in countering the enemy. Still, the set we have sent them this time includes some breaching tools: these are special gear for forcing the doors in situations of emergency. Naturally, the same equipment can be used for rapid access into various rooms during storming operations. 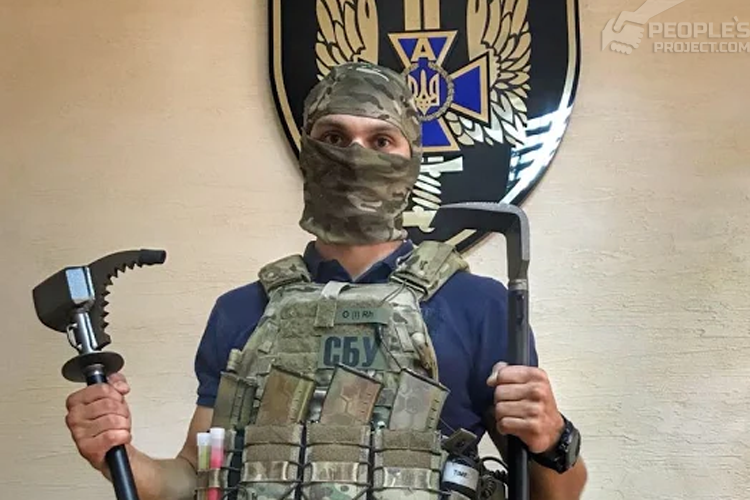 Alpha servicemen admit that they prefer operations carried out behind the enemy lines, still sometimes there emerges a need to breach into various buildings. Well, that is just their job, to catch criminals and terrorists wherever they hide. Hopefully, the tools will prove useful for them and contribute to effective combating enemies of Ukraine.

This is not for the first time that we help the Alpha SpecOps Center fighters: earlier, we transferred them computers and various military equipment; assisted in re-furnishing their shooting range; supported in refurbishing the aerial reconnaissance UAV to their needs; once we even launched an individual project to satisfy the needs of the SpecOps troops. This time we added a few GPS trackers to their parcel and gave them a hand in finishing their vehicle. The fighters always warmly thank us for assistance and cherish the hope we will not leave them without our support in the future. That’s why we urge you to kindly participate in the Rapid Response project: a useful trifle, some unique gear, certain equipment which the SpecOps fighters rarely get on time from the state with all its native bureaucracy. This is the way in which we little by little make our contributions to our country’s defense capability. Should we accentuate this is the thing of exceptional significance in times of war? So please join in, dear friends!