The official Kremlin hints of further aggressive actions and occupation of other territories of Ukraine. This was the message aired by the Russia’s Foreign Affairs ministry’ spokesperson at the press briefing in Moscow. While answering the question of a journalist regarding the possibility of transfer of Russia’s embassy within Ukraine, the notorious spox Maria Zakharova directly indicated the following: “Our recent historical experience testifies that sometimes we just don’t need any transfer: sometimes, it turns out that status of embassies changes on its own. For example, we had a consulate in Simferopol, and suddenly it transformed into a diplomatic mission of the Russia’s Foreign Affairs office in the region. Sometimes, this just happen.” Also, Zakharova warned of possible attacks on Ukrainian diplomats in Russia: “Actually, do they in Ukraine understand that Russia’s patience can run out? Let me remind that Ukrainian foreign ministry’s missions have been still working here, and we still have Ukrainian diplomats in here!”, – she said. 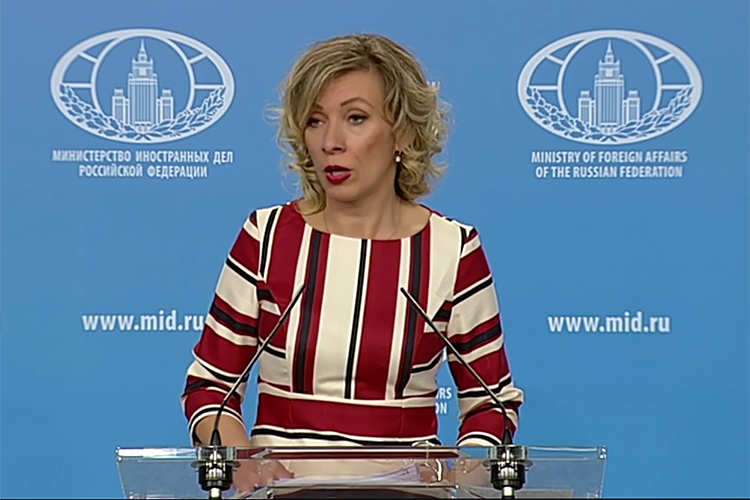 Well, the Kremlin’s hostile rhetoric as regards Ukraine’s takeover didn’t make any news to us. Russia has not abandoned its plans to occupy Ukraine as well as to eliminate all the Ukrainians willing to defend their homeland. Within the Rapid Response initiative, we have been raising funds to buy the equipment for the units who are standing at the front line to restrain the enemy from continued offensive. Kopeck by kopeck, hryvnia by hryvnia we accumulate necessary amounts to supply our military with both hi-tech gear and humble everyday stuff so necessary in their field environment. And, dear friends, we strongly urge you to join in: it is your participation and your kind donations that affect the advantage in performance of our military in crisis moments. So guys, please remember that to win this war we must act together!