A few weeks ago, while writing my blog post “Vehicles for Navy SEALs needed” I couldn’t imagine that this would happen so fast. Interestingly, help came not from old friends or acquaintances, but from total strangers who now feel like friends to me. 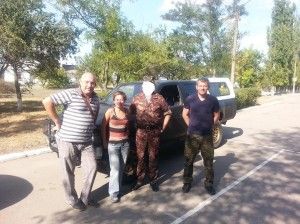 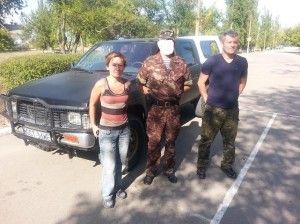 Initially I spoke with Daria via Facebook. Dasha said after having read my statuses in Facebook, she and her friends had started looking for a jeep for the marine SEALs. Good news – I replied, and wished her luck – what else could I say?

Then, yesterday morning, I received a call. A young man said he was calling on behalf of Daria and informed me the vehicle had been purchased and asked me how was the best way to get it to Mykolaiv. I was slightly shocked – I couldn’t believe it was for real.

Later in the evening I call Sergiy and he tells me, that they are in Kyiv, the vehicle is OK and in the morning they are going to drive it to Mykolaiv. My shock increased.

My role in this story is small. I only organized a little project called “Marine SEALs need cars” and tried to distribute the information as widely as I could to find a solution. But I didn’t expect that solution would come so quickly.

It appeared Daria invested the majority of the balance for the purchase of the Jeep. The balance was paid by her colleagues from an IT-company in Kyiv, where she’s been working for six years now. Sergiy and Olexandr also spent money to buy the car, and then for driving it from Kyiv to Mykolaiv. They crossed half of the country.

In an hour we found ourselves in Ochakiv. The keys were handed over to the SEALs. Everyone was satisfied.

After handing over the Jeep, I drove the guys to Chornomorka beach. It would be inexcusible – to come to Ochakiv and not to visit the sea. These people are the hope of Ukraine and a great example for my 7-year old son.

Within a few days two more Jeeps, which are being serviced, will be ready-to-go. I have written about them earlier. When they will leave for Ochakiv, satisfied and proud of Ukrainians, I will start working on another project – “Two ambulances for marine SEALs”.