Our military neutralize a bunch of terrorists. Video

We’ve always wondered how our military intelligence gets the enemy losses calculated so precisely and fast. Would you agree that it would be strange if our officers sent official inquiries as regards the latest opponent’s losses, like ‘how many of your fighters we successfully destroyed? Thanks for the information and have a bad luck!’. Still, there’s a clue: it is much easier to calculate the number of killed terrorists if you participate in their elimination personally.

Good friends of ours, an aerial reconnaissance unit of an airborne brigade whom we are assisting at the moment, have shared this video  with us. That day, as the result of our military intelligence, aerial reconnaissance and artillery’s joint effort, our troops managed to neutralize the terrorists’ position and unit that had been bothering our military for a long time. So it took them one accurate shot to pacify two terrorists forever and neutralize two other enemy soldiers for a long period of time: note that everything was done in strict accordance with the Minsk agreements. We are sorry but we’re not authorized to disclose any more details: let the location and time of this highly resultative shot remain a military secret. Just keep in mind that our army men are absolutely capable of rapid and effective forcing the enemy into an immediate ceasefire. 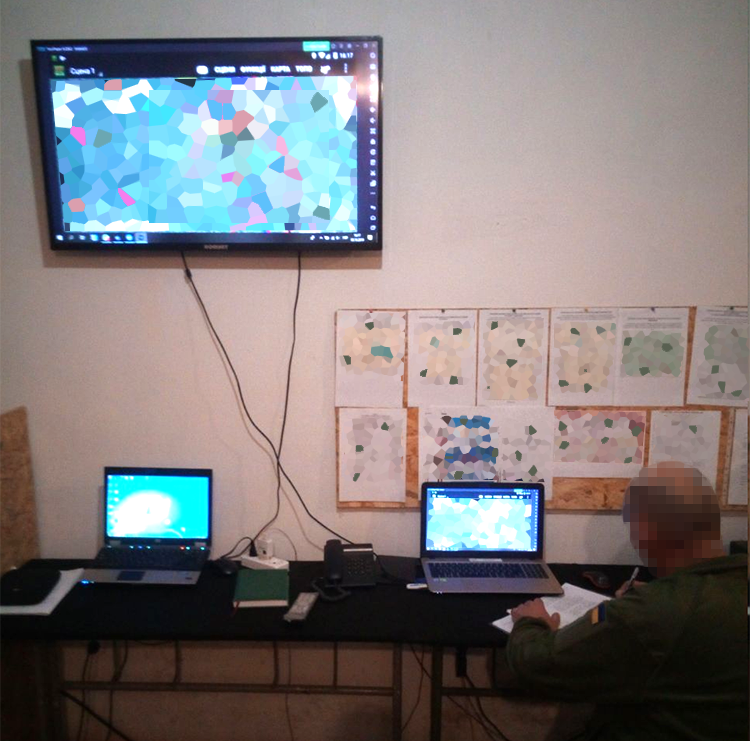 Now to the practical part of the matter. Recently, we have already partially supported our artillerists including the servicemen of this very brigade. We mean the elements of the Kropyva command system allowing our intelligence people, commanders and artillerists to co-ordinate their interaction to respond to hostile fire in the most effective, fast and accurate way. We have already purchased and sent them a part of the necessary equipment while another part is still to be paid for.  At the point, we need to buy four special tablets for our intelligence officers, and a few specific modules aimed to improve the operability of the counter battery systems. So if you wish to participate in our joint initiative and support it, both we the volunteers and the military will be exceptionally grateful for your input. 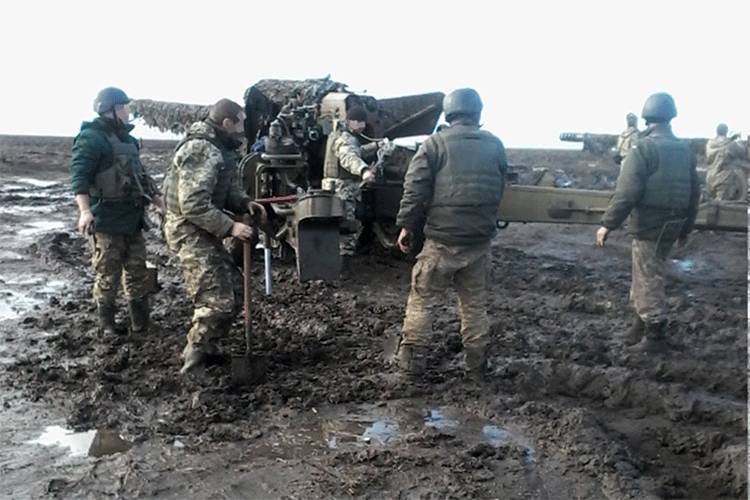 But this is not all. Lately, we’ve got another request from our aerial reconnaissance officers. First, it is the time to upgrade their motor pool. The brigade is on their combat positions now, and their area of responsibility is rather large, so another working UAV would come in exceptionally handy for them. Besides, it is time to change a few accumulators that have gone out as a result of years of usage. This is quite an essential need for our military as well, which they usually satisfy at their own expense.

Total amount of operational needs makes about 60 thousand hryvnias. Out of this sum, the price of the UAV they’ve requested, makes about 40 thousand. All the necessay accumulators will cost nearly 15 thousand. The rest of the sum will go to purchase of the tablets.

That is why we ask you not to forget that the war is still on, and our military need our support as regards their demands which the government either cannot satisfy in time or fails to supply due to certain reasons. Within the Rapid Response project we collect donations made by sympathetic citizens, and then to the last penny spend the accumulated money on satisfying the needs of our defenders. Dear friends, we urge you to participate in the initiative as much as you only can: hopefully, you realize that collecting a dozen of individual donations of a hundred hryvnias is more effective than expecting a single major contribution from some abstract rich benefactor. After all, we just invest in our own Army and its defensive capability, as well as in the future of the whole nation. Dear friends, come join in!