Organizers of the Skin Bank project have held a briefing to summarize the initual results of the project. The event was attended by First Lady Marina Poroshenko, project founder and CEO of ilaya Medical Center Oleksiy Shershnev, CEO of Pharmaceutical company Darnitsa Svetlana Didenko and coordinator of the Ukrainian Volunteer Center People’s Project Artem Kovalchuk. 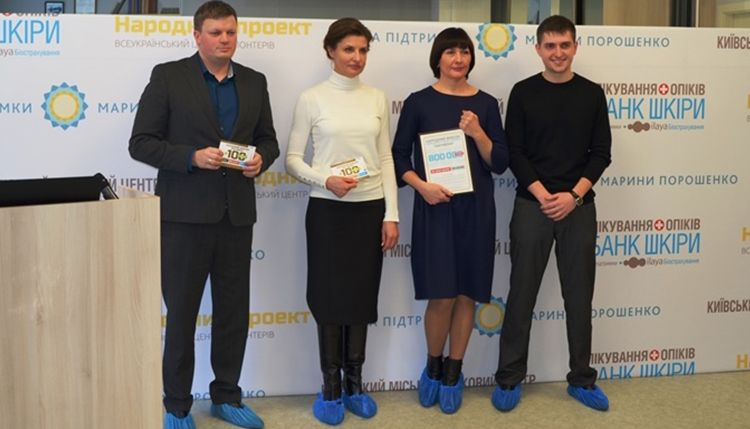 Additional information is available on the webpage of the president of Ukraine.

During the medical center visit we got to glance at the incredibly advanced biotechnology laboratory of the ilaya.regeneration division, where the cultivation of cell material for the Skin Bank project, which began in January, takes place. 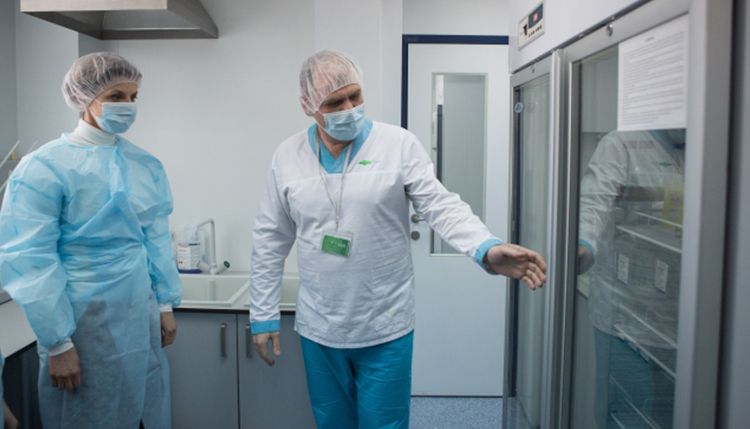 Today the Skin Bank reserve is about 200 million cells. The project’s participant organisations decided to expand the categories of burn patients who are eligible for treatment under this project. From now, patients admitted are not limited to the military but also include civilians, who for medical reasons, in dire need of this technology. In accordance with this decision half of the grown cells are being used to treat the first two patients – 17-year-old Anton and 23-year-old Alexander, who received severe burns due to accident. Also in the preliminary stage of examination and treatment three more burns victims have been admitted – two ATO fighters, 40-year-old Alexander and 36-year-old Roman and Euromaidan participant 23-year-old Roman. 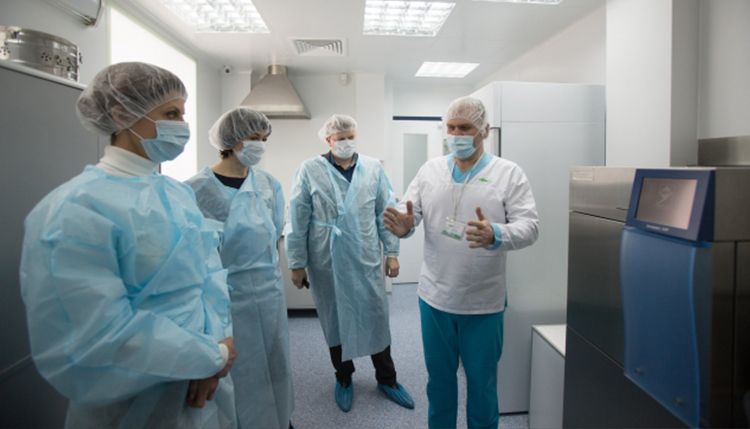 It was announced during the briefing that 70% of the funds needed to start the Skin Bank were raised by donations. A large part of the funds were provided by patrons of the project. One of them is the pharmaceutical company Darnitsa which contributed UAH 800,000 for the development of an adequate skin bank. Based on this donation we introduced a system of numbered certificates called People’s Donation, the certificate’s denomination corresponds to the donor’s contribution to the People’s Project charity fund. 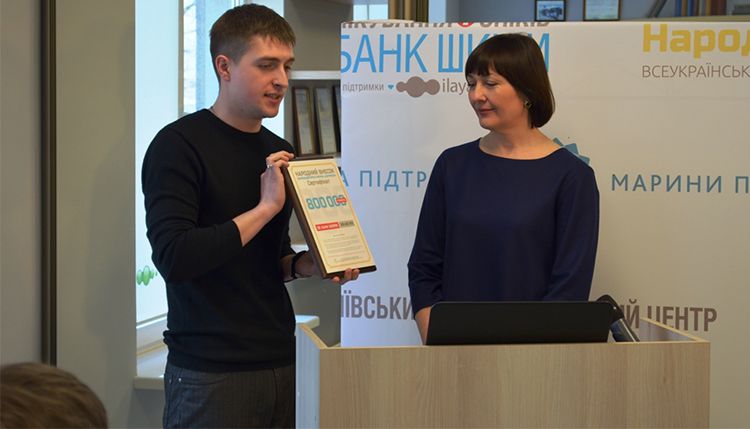 The participant organizations also noted the major issues affecting the work of the Skin Bank – difficulty with transportation of burn patients from other cities in Ukraine, cooperation with public hospitals to help select patients with the most severe burns and gathering support for the project from the general public. 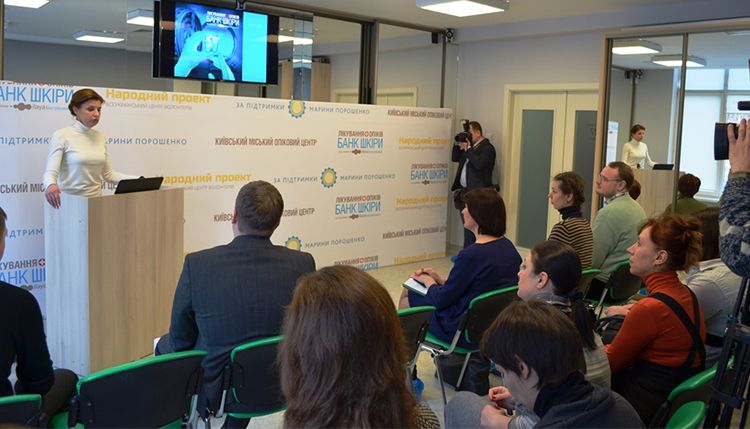 The Skin Bank project was created late last year for the treatment of severe burns using cellular (stem cell) technology, that provides for quicker and more efficient restoration of a large areas of skin, avoiding excessive scarring. On January 23 the project was presented by Ukrainian First Lady, Marina Poroshenko who has given her patronage to the project, the medical company ilaya, that provides the cell cultivation technology,the Kyiv City Burn Center which treats patients using the cellular material cultivated by ilaya, as well as the Ukrainian Volunteer Center People’s Project which is responsible for fund raising and keeping clear and transparent reports on the flow of money to the project.