Despite the common observation that ongoing war has mostly lost public attention lately, its discreet and malicious phase has been actively on, since the occupiers continue to flood the temporarily occupied territories with arms and test the newest military equipment in combat conditions. Over the past few days, monitoring missions have reported new Russian weapons systems, amassment of the enemy equipment and cross-border movement on the part of Russians.

The U.S. Special Representative for Ukraine Kurt Volker has commented on the video released by the OSCE Special Monitoring Mission (SMM). It was filmed on the 7th of August by a long-range UAV belonging to the Mission. It depicts convoys of trucks entering and exiting Ukraine in the middle of the night via a dirty track where there are no official border crossing facilities. Two convoys of military vehicles moved to the terrorists’ strongholds in Donetsk region.

Obviously, the military vehicles hardly deliver any humanitarian supplies to the people who have to survive under the occupation: evidently, Russia supports the terrorists providing them with full military support.

“This is yet another way that Russia deliberately prolongs the conflict and sustains the fighting in eastern Ukraine despite international efforts to bring Peace for Ukraine,” – Mr. Volker said. 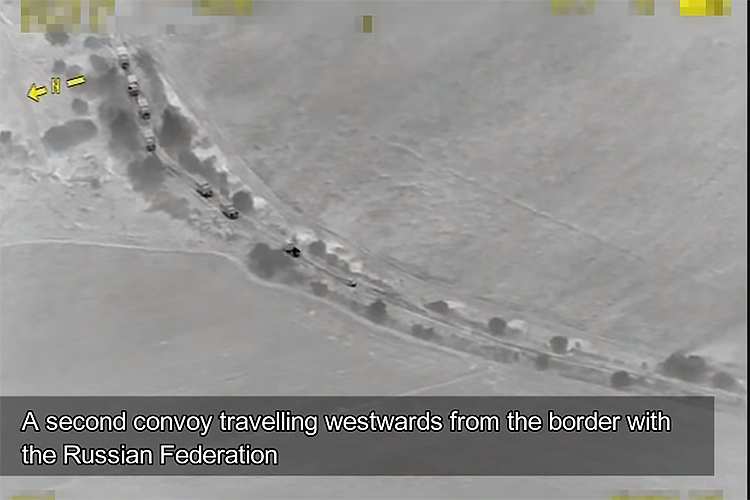 A screen-grab taken from the video: the convoy of military vehicles is crossing the border with Russia and moving in the western direction

Moreover, the Ukrainian representatives of the Joint Center for Control and Coordination (JCCC) have brought more worrying news. With reference to the OSCE SMM they shared the information about the disclosure of about 30 tanks and up to 30 units of artillery belonging to the terrorists observed by a UAV, on the territories of occupied Luhansk region in zones due to stay weapon-free in accordance with the Minsk agreements.

In addition, the officers of the Mission reported on four distinct Russian electronic warfare systems (a Leer-3 RB-341V, a 1L269 Krasukha-2 and RB-109A Bylina, and an anti-UAV system, Repellent-1) near Chornukhyne. This is obviously newly-arrived equipment, as previously, on the 2nd of August, the Mission’s UAV did not spot the same systems. According to experts, the Bylina complex has not been put into mass production and is undergoing the field test stage. And it is just logical to test your newest military equipment in the country whose part you’ve been invading, isn’t it? 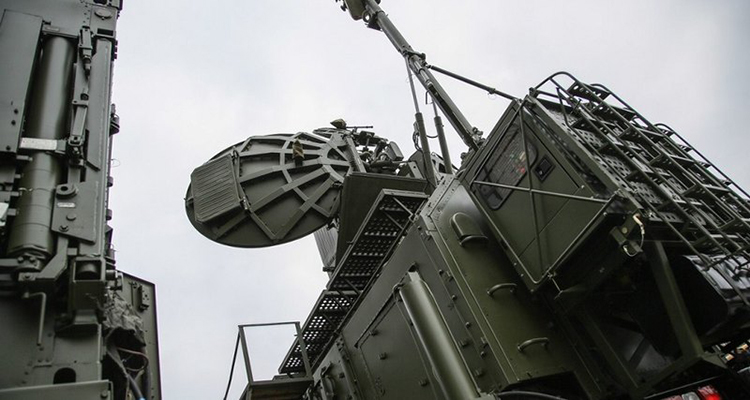 An RB-109A Bylina. According to the Russian military, the newest system “uses AI algorithms”

However, our cooperative job is as plain as it can be. Our Army should prepare for liberation of the occupied territories, and we all together have to assist our servicemen. Unfortunately, there is no magical “Victory” button able of instant finishing the war, so everyone has to stand against the enemy together. Within the Rapid Response project run by the People’s Project all-Ukrainian Volunteer Center, we process applications and raise funds to buy and send necessary equipment for those military units who resists the aggressor on the front line and are the first military to face the enemy in the event of an escalation and subsequently drive the occupiers out of our homeland. That’s why each your donation into the project will form a small part of our upcoming joint victory. Dear friends, join in!