Sapper’s story: Hunting down “The Hunt”

Dear friends, today we are sharing another story told by an old friend of ours, an army sapper who dedicated his life to de-mining. The present part of his story tells of a nasty deadly explosive device that is practically impossible either to disarm or to detect in any other way than only after it’s exploded.

Today I’m going to briefly describe the device that no sapper wishes to ever find. It is termed “Noncontact detonation device NVP-U “Okhota” (“The Hunt”). In short, the Okhota complex consists of an electronic control unit, a seismic sensor and five electric trigger devices (landmine stab-detonators). The control unit is interred into the ground, and OZM-72 mines are installed around it in a pentacle, with their damage ranges overlapping one another. Mines of other types can fit into the complex as well; still usage of OZM-72 seems the most relevant option as regards “The Hunt’s” purpose. 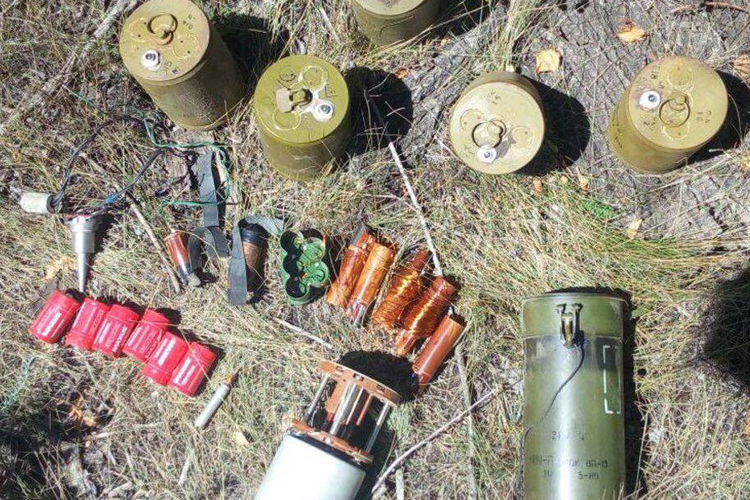 Now to what happens next when the device has been assembled and armed. To save power, the complex switches to the sleep mode and idly lies in wait for its victim. When a target emerges within the pick-up zone which makes about a hundred and a half meters’ range, the control unit “awakes” and starts analyzing the victim’s behavior. The seismic sensors incorporated in the device, distinguish and detect moves of a human, either he or she is walking, running, jumping, or skiing. Hence, the trap is not designed to react to any object different from a moving two-legged target, be it an animal, a vehicle or any other stimulus.

When a recognized target enters the effective zone which approximately makes 30 meters (a reminder, the sectors are overlapping one another), the first mine goes off. An OZM-72 bounces up to 2 meters above the ground, and over two thousands of destructive agents, either pellets or metal fragments, sweep away all flesh in their way like a broom within the radius of a few dozen meters around. The next stage depends on the situation: either the wounded person tries to crawl back and thus activates another mine, or the injured soldier’s fellow servicemen, upon seeing him blown up on a supposed landmine, rush to help him and thus initiate a series of other explosions. The process continues until the last mine of the five goes off. After this, simultaneously with the last mine, the control unit loaded with explosive charge, blows up: as the mine is impossible to disarm, it was designed to keep its secrets. The same thing happens when the complex fails to get activated and its batteries run down: in this case, the control unit initiates the process of self-destruction, blowing up all the five mines and the CU itself. Nevertheless, depending on the environment conditions, such complex stays armed in the holding mode up to nine months, presenting a deadly trap for the entire period of time. 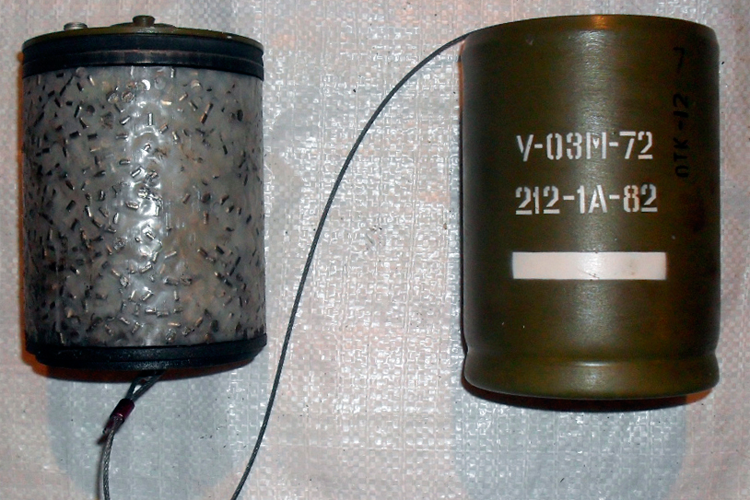 I’m not going to provide any advice as regards disarming of this nasty device because any recommendations are inappropriate and in no way can be put into practice. All single recorded occasions when sappers managed to deactivate the charged “Okhota” in the armed mode, can be explained either by certain defects in the process of its production, or some incredible fantastic stroke of luck for de-miners who definitely should never try this again.

If to consider the proven fact that the occupiers do practice deployment “Okhota” complexes within the territory of military actions in the temporarily occupied Donbas, the reasonable advice can be summarized into a single instruction. If a fighter gets blown up on a bouncing mine of the OZM type, his fellow servicemen should not immediately reach to provide him medical aid; the evacuation of the wounded soldier should be carried out with application of a sapper grapple. This may sound rather cynical, still it is true: one dead soldier is better than five at a time. Please remain extremely cautious and always remember that a sapper has no right to mistake.

Stand together to win!

Dear friends, may we reiterate and remind you that all mines, explosives, machine guns, rockets, tanks and other arms make simple hardware that is absolutely safe without the evil will directing these mechanisms. The idea to destroy the Ukrainian state in general and demolish as many our countrymen as possible, has still remains the “Russian world’s” obsessive idea, in the shade of which we have to exist even now. That’s why standing together in our armed effort to resist the aggression of the assassins makes our single way to escape total annihilation. We offer you a handy means to join the resistance: within the Rapid Response project we raise funds from all over the world to buy necessary equipment for the units holding defense in the front line. Right now, a sapper unit requested our assistance. The full list of their needs we are going to publish in a few days. Dear friends, we urge you to join in and participate in our initiative as to win this war we must act together!