Terrorists to release thousands of prisoners before V-Day

Significant information from the temporarily occupied territory of Donbas: below we are publishing an unabridged version of the material by Oleksiy Chibisov, a journalist of the 24 TV media outlet.

During the most important for “vata” soldiers holiday the occupiers’ leaders are going to reward murderers, rapists and thieves with conditional release. That is, they will literally get out of jail, still their release will feature certain nuances. Those released will be sent to the forefront with deprivation of their right to come back to peaceful life.

Recently the head of the self-proclaimed “LPR” Leonid Pasichnyk signed an order on establishing of the so-called amnesty committee. The matter is, the former SSU officer who seized power in the quasi-entity, seems fancied himself as an Emperor Leonid encircled with three hundred of Spartans, as the number of the battle-worthy Russian units as well as of local alcoholics is dropping exponentially. 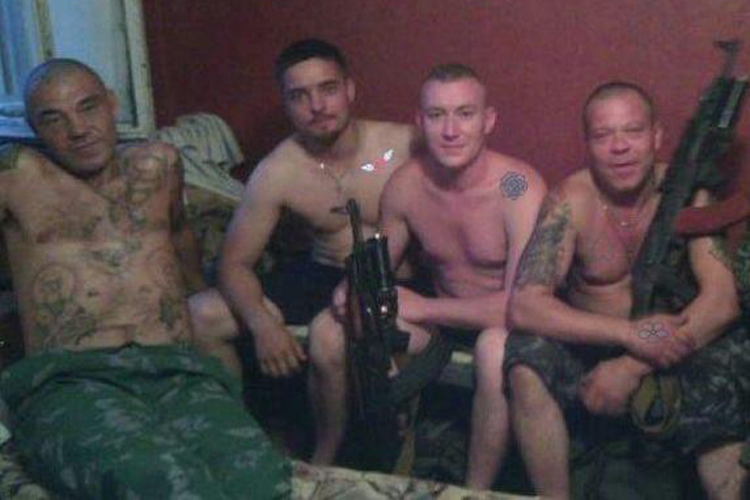 This is the point that worries not only Pasichnyk but also his patrons and real leaders of the “LPR”. There is a need to enlist new soldiers immediately, as well as to release those who do not want to spill blood for a vague idea and scarce salaries. These latter are habitually drinking and flee home. Officers of the local NKVD (People’s Commissariat for Internal Affairs) department find and imprison some of them (sending them “onto the basements” in the separatists’ language). Other illegally move to Russia where they become doomed to uncertainty as all the RF residents had been deprived of their passports in Donbas.

Due to such morale among the personnel the occupiers’ had to issue into the under-republics’ “parliaments” the “law” allowing to enroll people with criminal records for military service. As if they lacked former prisoners in their troops.

The paper Pasichnyk signed, deals with the special committee authorized to examine criminals’ petitions for amnesty. At that there is not a single word about any restrictions regarding the crimes that do not fall under amnesty, in the paper. 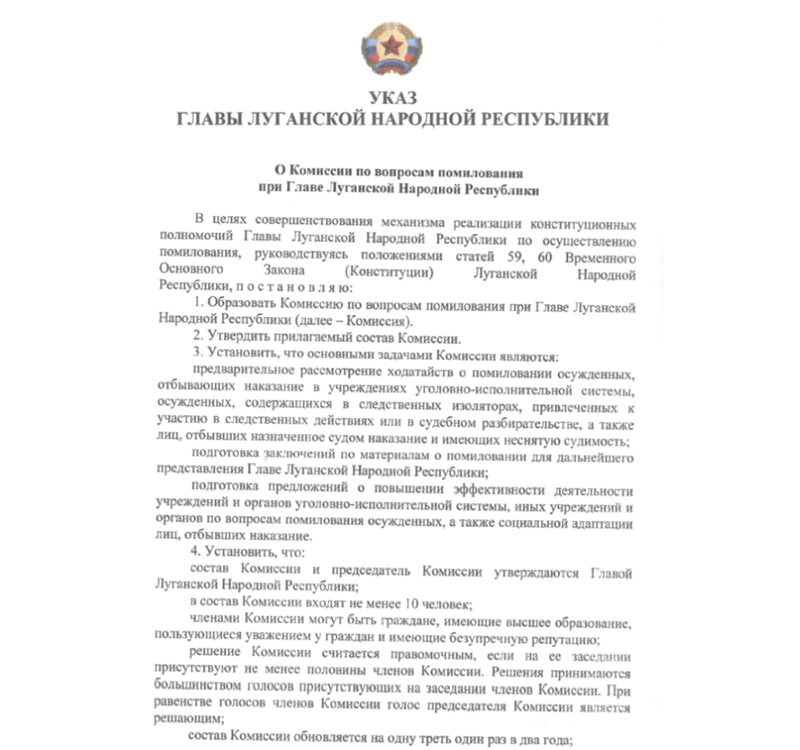 The order issued for Luhansk region occupied by Russia

However, it is known that they are not going to release the Ukrainians whom they had kidnapped and sent into their basements to discourage patriots. The initiative deals with slaughterers, rapists, marauders and thieves alone. Former mercenaries from the RF possessing combat experience will be preferred. According to the “document”, each amnestied has to undergo social adaptation. What does this mean in the “LPR”? Right, forefront fighting. Prospective amnestied ones have already been told to draw petitions for pardon in which they have to mention their readiness to “fight for the republic” when released. The question is, how many people will prefer such “freedom” to staying imprisoned with scanty food and in terrible conditions? At least, they will get out of there.

Unfortunately, many of them got used to killing, so starting from the 9th of May one will be able to see thousands of released criminals wearing Georgian ribbons and armed. They will be able to repeat all the deeds they had been imprisoned for, again.

May we remind you what were the results of the mass amnesty of criminals that took place in Russia on 2015. The practice of enlisting amnestied prisoners is quite common there. For example, if in 2013, the pre-war year, there were 26.000 released in the RF (mostly women, disabled and elderly who had served most of their terms), in 2015, during the fiercest military actions in Donbas, there were 300.000 amnestied previously distinguished for their military service (that is possessing combat experience). Three hundred thousand! Such a great figure was allegedly excused by a jubilee, the 70th anniversary of the V-Day. Should we remind how many newly released citizens of the RF, later nicknamed “ihtamnets” (“they’renotthere” from Russian) got caught at checkpoints or found dead in the woods of Donbas? Yes, thanks to the amnesty they got the chance to forget their criminal past, but they paid for it with their readiness to commit even worse crimes that had been approved, encouraged and supervised by Russia’s secret service. 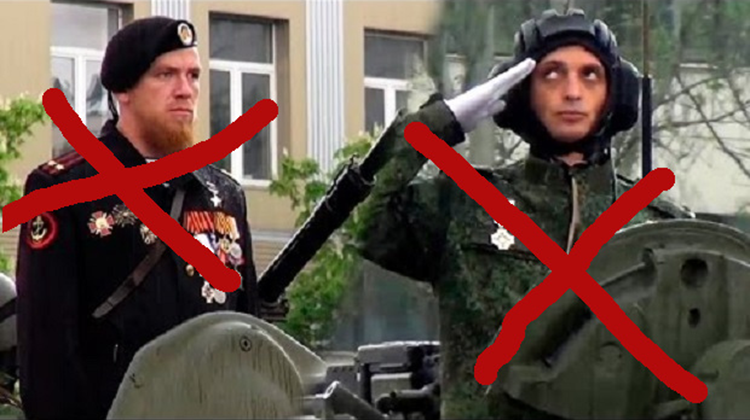 A little reminder: this is what awaits misfits expecting to participate in scot-free hunting in Donbas

Photo: courtesy of the Myrotvorets center

You may think, what is our concern here? Well, we will proceed with supporting the Ukrainian army as before. Maybe we just should take into consideration that soon fresh cannon fodder battle hardened in jails, will appear in Ukrainian Donbas. And our military who are now doing their best defending Ukraine’s peaceful cities and towns from misfits and murderers trying to scuttle throughout our homeland, will require our active support. You can prove useful if you donate in the Rapid Response project thanks to which we buy necessary gear and equipment to send it to the frontline.