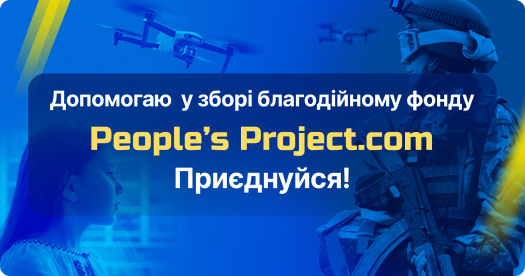 The People’s Drone, which will be used to monitor the border with Russia, has been championed by well-known Ukrainian nationalists. Photograph: .

It has been used to raise money for films, rock bands and aspiring performance artists. Now Ukrainians have taken the concept of online crowdfunding to a new and giddy level, raising enough money to buy the country’s first “people’s drone”.

With Ukraine’s army battling pro-Russian militants in the east, ordinary citizens have launched a new initiative to supply Kiev’s beleaguered and badly equipped troops. Over the past three months volunteers have provided uniforms and bulletproof vests for government soldiers whose army-issue fatigues have fallen apart. Villagers have offered food, bottles of water and bags of crisps. Then, last week, Ukraine’s crowdfunding site The People’s Project said that it had received enough donations to fund a drone. It will be used for reconnaissance in the skies above the rebel Donetsk and Luhansk provinces, and on the border with Russia, the scene of numerous recent shootouts between troops and separatists.

The organisers had originally hoped to buy a state-of-the-art Israeli drone – for $165,000 (£97,000) – or a cheaper American one costing $120,000. In the end, however, they managed to build the drone for just $35,000. A designer and other volunteers built the airframe, with a Ukrainian military institute chipping in technical equipment. The hope is that with enough drones the army will be able to stop the infiltration of men and material from neighbouring Russia. Kiev says there is overwhelming evidence that the Kremlin has supplied heavy weapons and even old tanks to the rebels. Moscow denies this.

“If we get 20 drones we will definitely ensure the security of our border,” said David Arakhania, an IT executive from Kiev who founded the site in March. No photos of the “people’s drone” have been released, since that might help the enemy, he added.

Arakhania said he felt compelled to do something after seeing the plight of Ukrainian soldiers serving on the new frontline with Crimea. After Russian troops overran the Black Sea peninsula in February, Arakhania said he visited forward positions at Chonar, in Kherson province, where paratroopers from his home town of Mykolaiv were serving.

“We found them in bad shape. They were wearing torn bulletproof vests and camouflage gear. So we decided to collect money and buy new outfits for them,” he said. In the first two or three weeks, his crowdfunding initiative raised £20,000, with £35,000 the next week, and then a £37,000 donation from three MPs he met in Kiev. “After that we bought everything the boys needed,” he said. The crowdfunding appeal was called the “first people’s infantry battalion”.

A ceasefire deal was agreed last week between both sides, though few are confident it will last.

As well as the drone, Arakhania’s group is now collecting for a second “people’s battalion”, as well as for a new sniper unit. “Snipers are very efficient in an anti-terrorist zone as they help to prevent big losses. That’s why we started equipping them,” he said.

Seven volunteers run the website, including a former paratrooper who negotiates with arms dealers. Other volunteers promote the site via Facebook and Twitter. There are daily updates, with breakdowns of how the cash is spent. Donations vary from £1 to £2,500. The biggest, $10,000, came from Kiev, he said.

In the two decades since independence, Ukraine’s army has largely fallen apart. In 1991, after the collapse of the Soviet Union, it had up to 900,000 servicemen. It now has only about 90,000 soldiers. The military decline accelerated under Ukraine’s former president Viktor Yanukovych. It was his decision last November to reject an association agreement with the EU and accept a Kremlin bailout that triggered mass street protests against his rule. In February he fled to Russia. “Yanukovych funded the police well because it was there to protect him. He didn’t give a damn about the army,” said Andrew Wilson of the European Council on Foreign Relations.

The army’s equipment is now so poor that soldiers typically buy their own uniforms and most military equipment, or rely on private benefactors. Ukraine’s Soviet-era weaponry is in bad repair, with Soviet-era stockpiles stolen or sold off, defence analysts say. Russia, by contrast, has lavished money on its armed forces since its 2008 war against Georgia, with defence spending up 85%. Russia has twice as many tanks as Ukraine and five times more warplanes.

One officer, Serhiy, speaking at a Ukraine army checkpoint in the Luhansk region, said he had bought his own kit from a military shop. He had purchased a British-made uniform, he said, because his army-issue one was old and worn out. “Of what I’m wearing, the army gave me only my Kalashnikov and bulletproof vest,” he said. The vest, he added, had been bought thanks to private sponsors in the Chernivtsi region.

Katya Gorchinskaya, deputy editor of the Kyiv Post, said that after years of corruption and budget starvation, Ukraine’s army resembled a “withered muscle”. As well as dilapidated equipment, the country’s military and police suffered a serious problem of infiltration, with some officers helping the separatists. “We never thought we would have to fight a war,” she said. “Nobody expected our neighbour to attack us.”

The drone initiative is one of many patriotic projects to have sprung up in Ukraine, where, unlike in Russia, civil society is traditionally robust. During the anti-Yanukovych protests, a group of women sewed bulletproof vests for those who were protesting on the Maidan, Kiev’s central square.

The women were nicknamed the “sewing hundred”, a reference to the “heavenly hundred”, the 100 or so protesters shot dead in Kiev by riot police. The women, led by a former journalist, Diana Makarova, also bought British uniforms for demonstrators from secondhand shops.

Makarova is now supplying troops fighting in the east. Her foundation recently sent two cars to Slavyansk, the separatist-controlled town north of Donetsk, loaded with everything “from trousers to night-vision devices”. These were the ninth and 10th cars sent there in the past two months, she said.

She said her team had recently stopped making flak jackets because they had been unable to source plates made from high-quality steel or Kevlar.She added that Ukraine’s customs service had created huge problems for her work. It had banned the import of military equipment, meaning that her volunteers couldn’t bring in military boots or secondhand uniforms from abroad, she said.

“British MultiCam [camouflage clothing] is very popular with our soldiers because it is made of high-quality material. It’s very rugged,” Makarova said, adding that its colours were ideal for the landscape of Ukraine’s south-east.