Dear friends, let us tell you some news about the Biotech volunteer medical project. At the moment, it is rather calm at the clinic. Some fighters are recovering after medical interventions, the other are getting prepared for upcoming surgeries. Meanwhile, our shared work continues non-stop: we, the volunteers of People’s Project, have paid the bills of another two fighters. 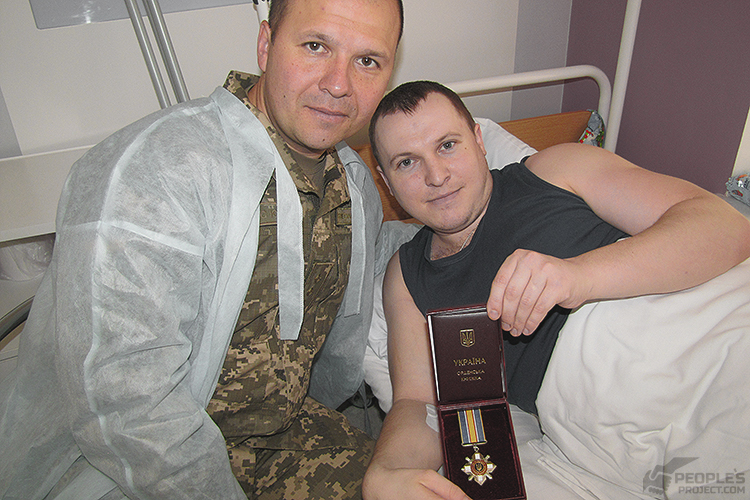 This includes, in particular, Petro’s case. In two steps, with the interval of a few days, we paid 27 and 56 thousand hryvnias correspondingly. These funds covered additional expenditures on Petro’s treatment, namely the reconstructive surgeries aimed to help restore the massive of the soft tissues and skin on his injured foot. 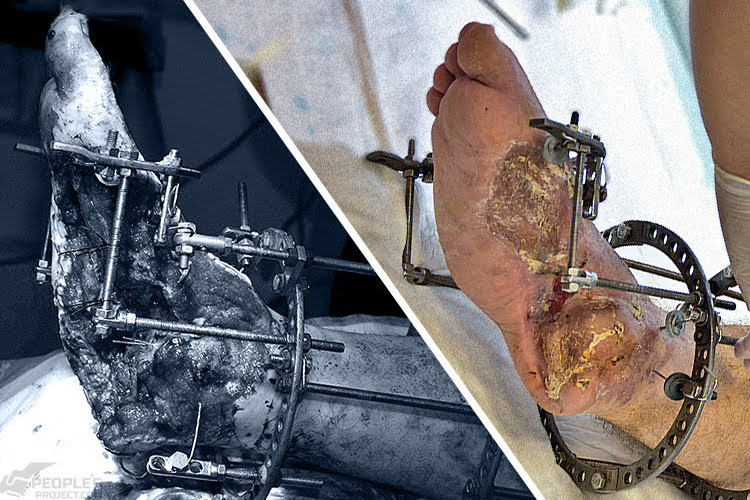 Left – Petro’s foot at the very beginning of his treatment. Right – the same leg a few months ago. The difference is obvious

Let us not dwell on the entire dramatic story that you can read following the link. Still, it should be mentioned that the Biotech has become the last hope for the guy who had stepped on a landmine and nearly lost his leg. 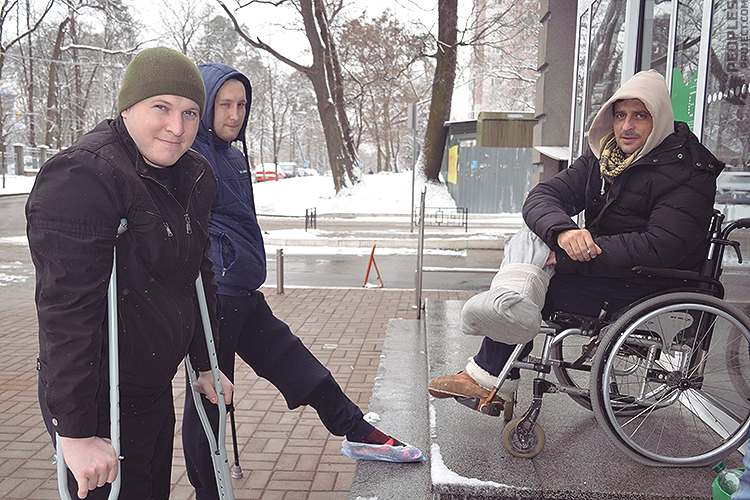 And here is Vitaliy pictured on the right. The man has recently undergone another correcting surgery. For his treatment we have already paid another 65 thousand hryvnias. To be honest, it is still being far from the end, still no wonder as his case remains among the most complicated ones in the Project. 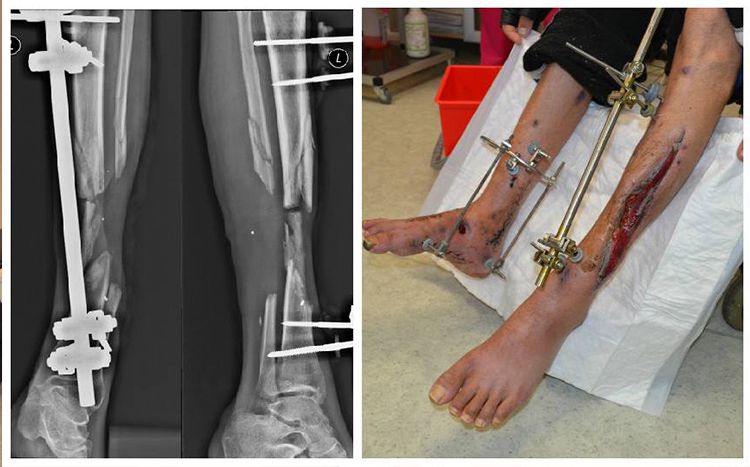 At the moment, the Project doctors have to slightly correct the positioning of the grown up bones and add some cell material to the restoration area. The man’s treatment has been lasting for the fourth year in a row, so his exhausted organism is restoring quite slowly. 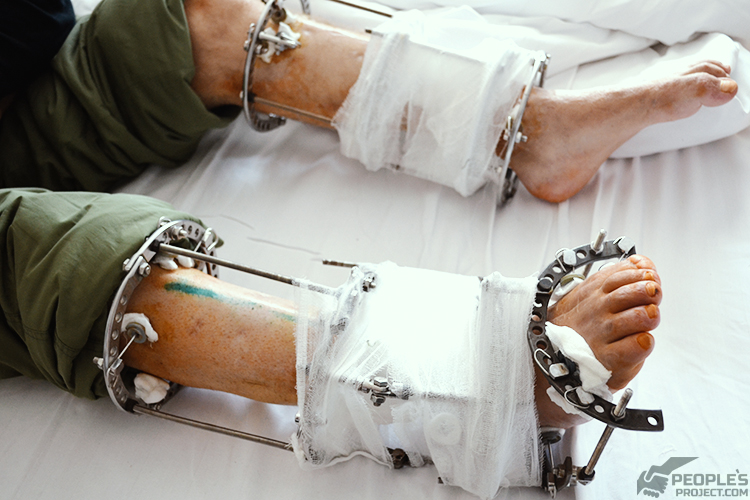 Nevertheless, there are still good chances for his recuperation, despite a while ago Vitaly had been recommended a 100% amputation. During the following year, the chief surgeon of the Project, Volodymyr Oksymets, promises to get the man back onto his own legs. 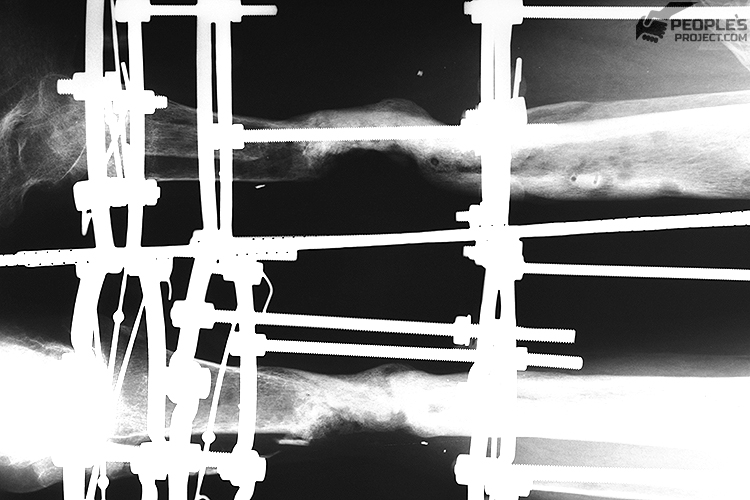 Well, hopefully this will happen at last. Meanwhile we are looking for your support again. Both for Vitaliy and Petro, as well as for some other patients of the Project this makes just another phase of treatment requiring more spending. Given that the state has been keeping away from the process, so helping the guys to get treated we can only at the expense of your donations accumulated within the Bioengineering Rehabilitation for Wounded project. Dear friends, we urge you to participate in the initiative as neither the volunteers nor the wounded fighters can do without your assistance.