Sapper’s story: deadly mine made of boards and TNT

Dear friends, today we are sharing the story told by an experienced army sapper who has seen lots of things at the war and is exceptionally good at mines and explosive devices. Today, he tells about a specific shocker the previous world wars’ partisans left behind. Such mean and primitive device was in use many years ago as well.

Let us examine these cheap and vile types of land mines – the pressure-plate, or victim-operated, antipersonnel ones.

There are explosive devices the use of which can hardly be prohibited whilst it poses the deadliest threat. Their names differ from country to country. In German Wehrmacht they referred to it as Schützenmine 42, in the USSR as MPD-6, in former Yugoslavia as PMD-1, and in Czech Republic as PP Mi D. All these mines including their modifications, have the same operational mode. Such explosive device is made of plain wooden box resembling a school pencil case, and an explosive charge, usually it is a TNT slab with the capacity of 200g of this explosive or more; a MD-2 or MD-5 detonator and a MUV fuze. Every sapper usually has plenty of this stuff, and the box can be made of materials easily found practically everywhere: a board taken from an ammo box, a saw and a couple of nails, and voila, – the case is ready.

That is why to prohibit usage of such devices is rather senseless – it is like to ban war in general. Of course, it can be done, still in vain. 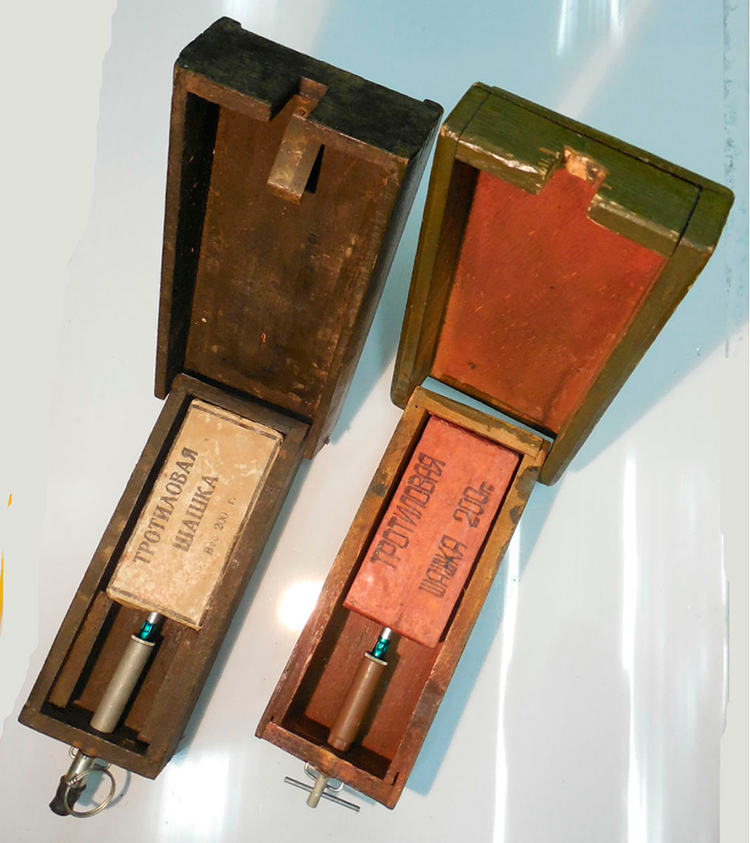 The method of operation is exceptionally primitive. The cap of the device, attached to it by a hinge, rests on the arming spindle. When an enemy soldier steps on the cap, it goes down and pushes out the arming spindle. The firing pin of the fuze hits the capsule of the detonator, and the device goes off. 200g of TNT is enough to tear off the foot and damage the other leg (in case it stands close to another one) and cause heavy injuries to the lower abdominal area. Still, the amount of charge can vary, – it can easily be bigger or lesser, and, depending on cruelty of an individual sapper, even packed with destructive components.

In spite of its brilliant simplicity, this explosive device is extremely dangerous. Equally, it poses threat for a miner himself, if the MUV-1 fuze is used for its deployment. As regards de-mining, only the most courageous sappers can perform the PMD-6 disposal.

The matter is, the actuating force for detonation makes only 1 to 10kg approximately. The mine’s case that had been lying in the soil for a few months, may go rotten, soaked wet, and the arming pin may get almost pushed out completely under the weight of soil. It is impossible to predict the moment when such a device will detonate: it can go off either in a habitual way, or never at all. 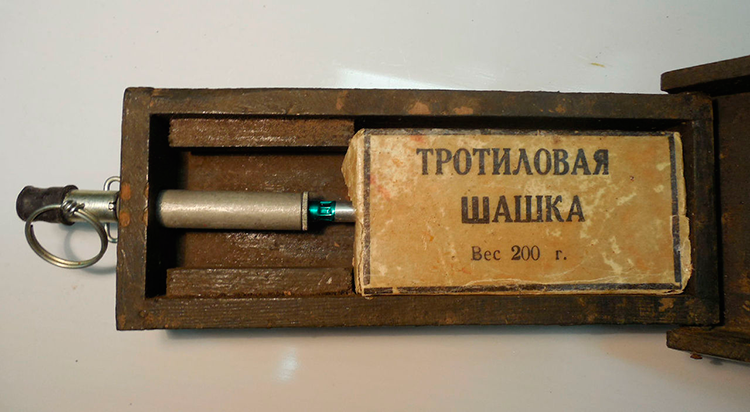 Unfortunately, such improvised explosive devices can be often detected only after their first detonation within certain area. Minesweeping by means of special mechanical equipment remains the only effective way to neutralize them. In the areas where there were no major military operations, these devices can presumably be detected by a metal detector, and detonated immediately on the spot. But on former battlefields, the soil remains contaminated with lots of scrap metal parts which makes detection of a single unexploded device virtually impossible, as a metal detector will react to metal parts literally everywhere, on every single square inch.

Stand Together to Win!

In our turn, we remind you, dear friends, that the war is still on, and our military require our support. Even today, the authorities often cannot supply the troops with necessary equipment on time, or just do not possess enough legal grounds to provide certain types of arms. That is why within the Rapid Response project we raise funds to buy the things our units fighting in the forefront, need for effective work. In particular, we assist our sappers by sending them the stuff they request. So your contribution in the project will be highly appropriate and welcome: it is only our consolidated effort that will make this victory possible!