This week, ATO fighter Viktor arrived at ilaya Medical Center. Late last year he underwent surgery on his heel for replacement of the bone defect with autologous cell-tissue material.

As we reported earlier, his X-rays showed active accretion processes at the injury site.

Yesterday, examination and pre-surgical preparation was performed. During surgery the regrown part of the bone will be corrected and the screws of the apparatus removed.

We remind you that Viktor was injured in July near Lugansk. As a result his heel bone was shredded. Thus he has been unable to walk freely for more than a half a year already, and is forced to use crutches.

The background of Viktor’s injury can be found here.. 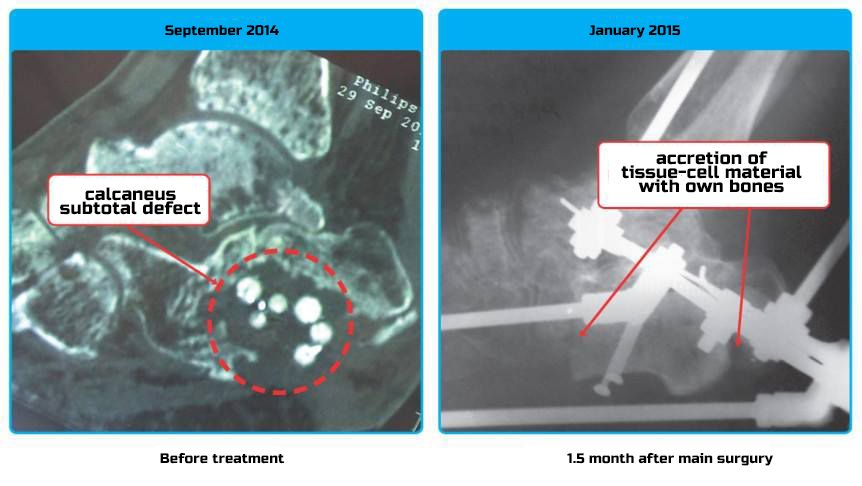