Home/I Am Sniper/Report/Another tragedy in the forefront: enemy sniper…

Another tragedy in the forefront: enemy sniper kills our paramedic

In spite of all peaceful agreements and truces, heavy shelling conducted by terrorists, continues. Only over the past 24 hours, on the 4th of September, 12 attacks have been registered. The enemy uses every possible weapon they have in possession: conventional infantry arms, large caliber machine guns, various grenade launchers and the artillery prohibited by the Minsk agreements.

Unfortunately, the reports provided by our military intelligence, have now got confirmed. According to the scouts, the enemy have strengthened their military presence along the contact line, this is particularly true for sniper pairs. Yesterday, it was a sniper bullet that took our Azov regiment fighter’s life. The tragedy occurred at the Svitlodarsk bulge, the victim is a 26 year-old fighter Eduard Shakhov, callsign Shakh. His comrades tell that as a commander of the unit and paramedic, Eduard has been defending his homeland shoulder to shoulder with the regimen servicemen for four years. He will remain forever remembered as a cheerful and very kind-hearted guy still pitiless toward the enemy, occupiers and slaughterers. 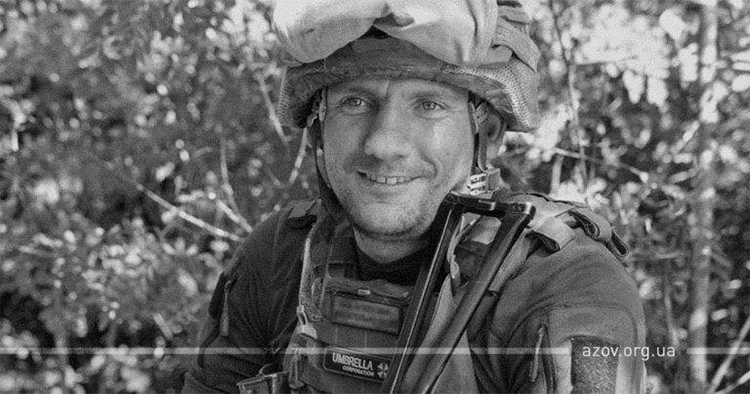 We give our deepest convalescences to Eduard’s comrades and family, and we’re absolutely sure his death will not remain unavenged. On our part, we are going to make our own inout in this as well: as you remember, dear friends, earlier we launched a separate project aimed to  equip the Ukrainian snipers and help them eliminate the enemy more effectively.

Within the I Am Sniper project, we have been actively supporting the units involved in the intensive counter sniper work in the forefront. The algorithm is rather simple: you donate the amount you can afford, we buy the best equipment they need, and the snipers convert our support into the ultimately pacified enemies. We think this is one of the most efficient and appropriate ways to join in to our common concern of defending Ukraine. So, friends, we urge you once again to come and join us. This is literally an immediate effect project. The war is still on, and the enemy is not going to eliminate themselves on their own, right?