This week we delivered a consignment of Grad covers for the soldiers of the 72nd Brigade. The military complain about the lack of orders “to go after the separatists”. They train diligently and wait for the enemy offensive. That attack is imminent – no one has any doubt. Prolonged abuses of the Minsk ceasefire agreements mean Ukraine’s military must remain vigilant. That the artillery be combat-ready is the number one priority.

Part of that combat-readiness is ensuring all equipment is in the best possible condition and the importance of covers we have written about in the project  Covers for Grad. 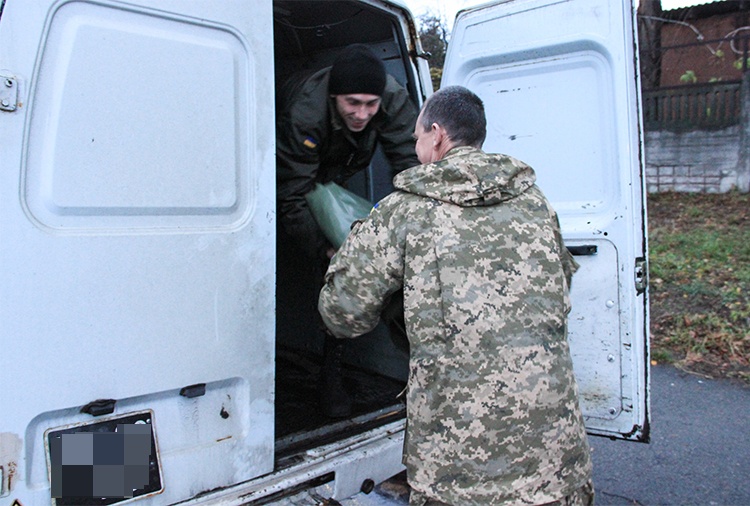 The covers are of importance because after a year of use the old covers became worn and the Defense Ministry did not supply replacements. A Grad covered in rust is not in peak fighting condition.

The cover delivery was one of several and the volunteers of The People’s Project have spent all of the past week on. Several deliveries of aviation navigators, tactical vests and collimators were made to Kherson and Nikolayev, before they returned to Kyiv to make a video report. Stay tuned to our news!

To reiterate the importance of the covers in the following video the deputy commander of the reactive artillery battalion armed with a BM-21 “Grad” (in Ukrainian).