Home/Bioengineering Rehabilitation for Wounded/Report/Ilizarov apparatus is of. Azov soldiers Oleg…

Ilizarov apparatus is of. Azov soldiers Oleg can stand on his two

After two-and-a-half months of the preliminary stage of treatment for the fracture of his tibia using cellular material, the bracing device was removed from the leg of ATO soldier Oleg.
Doctors ascertain there has been significant bone concretion and recommend the excercises the leg actively.

A volunteer with Battalion Azov, Oleg entered the project “Bioengeneering-rehabilitation of wounded in November. His diagnosis – a broken tibia, had previously been treated with traditional methods, but after almost three months no bone fusion had occurred. Without further progress this could have resulted in disability as his leg wouldn’t have had the ability to support weight.
Treatment of the fighter within the social project “Bioengeneering-rehabilitation of wounded” has followed this timeline:
• 05.11.2014 the apparatus was adjusted to straighten the axis of the tibia, and cellular material gathered to start its preparation in the bio-laboratory;
• 09.12.2014 prepared autologous cellular material was transplanted into the area of ​​the fracture;
• 30.01.2015 after x-rays, which showed the successful formation of callus, he underwent a secondary surgery and doctors recommended the soldier start to place weight on the leg.
Now Oleg is recuperating at home in Cherkassy, and the ​​doctors of Ilaya Medical Center are monitoring the process of bone regeneration via regular x-rays. The funds required to treat the soldier totalling 94 004 UAH were raised by the volunteers of the Ukrainian Volunteer Center – People’s Project. 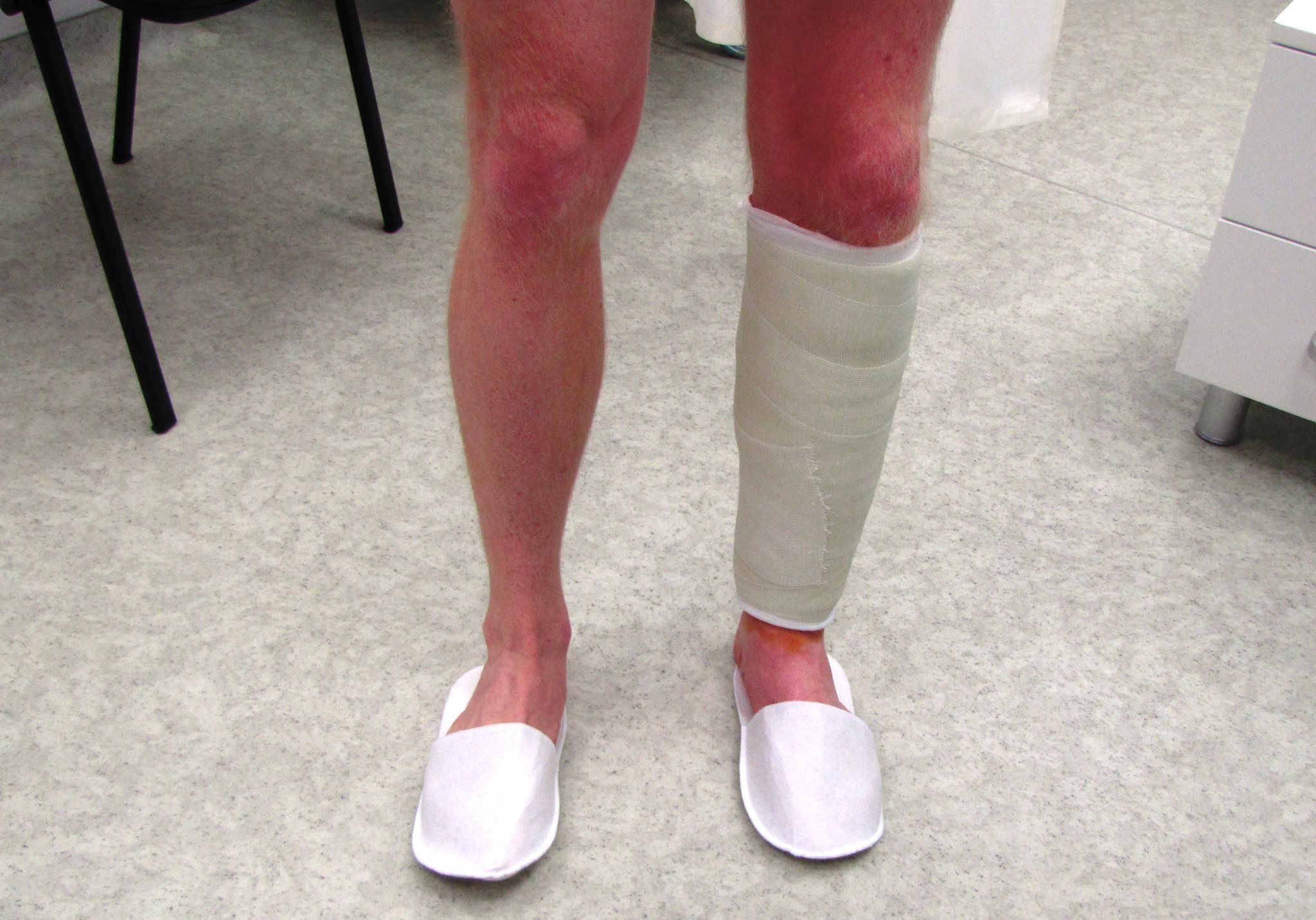 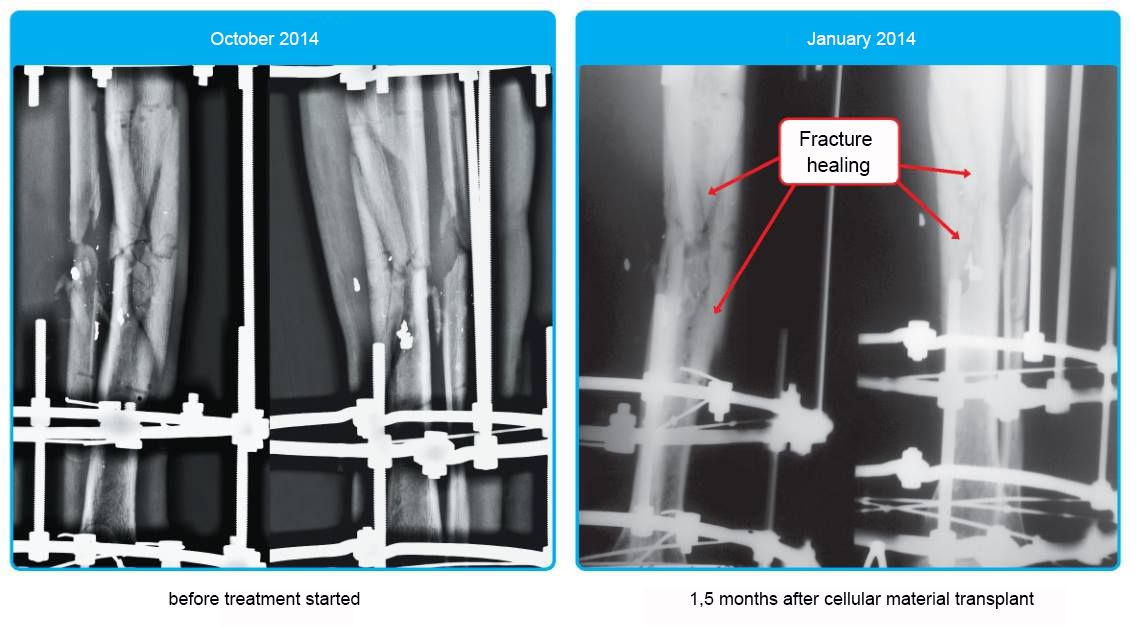 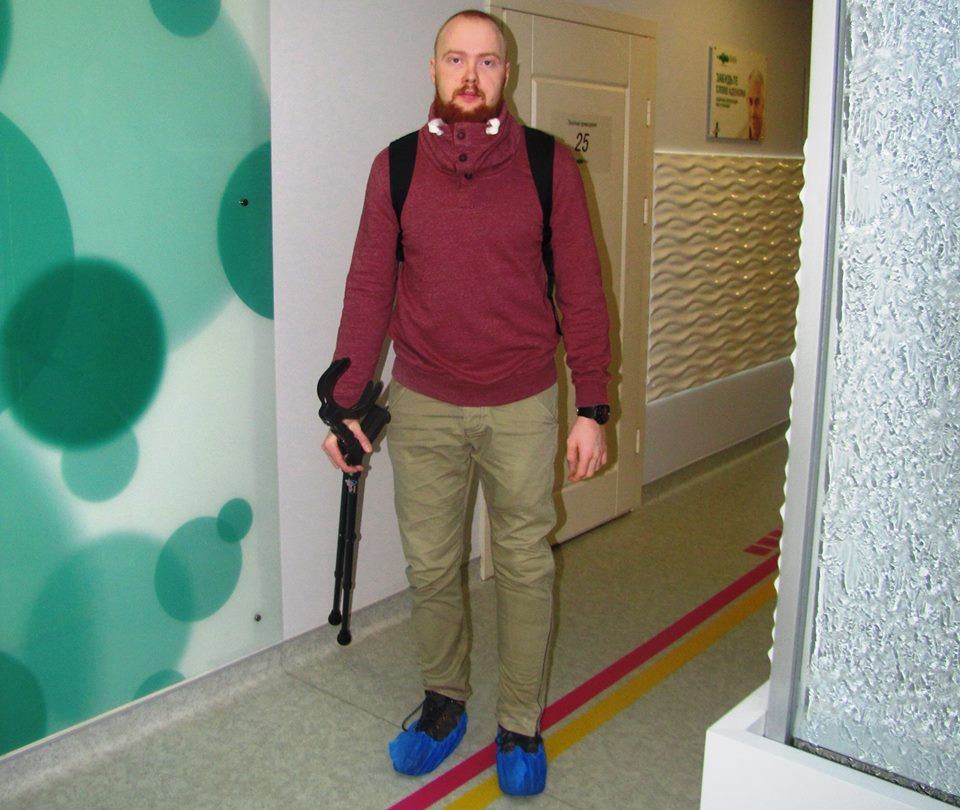