Ihor, a recently wounded volunteer fighter with the “Artemivsk” battalion has left the Kyiv military hospital. He was transported to Kyiv with wounds and almost naked and bare footed, without any proper equipment. We couldn’t let him go back to the ATO zone like this. We equipped Ihor with proper clothing and handed him two AK tuning sets – one for himself, another – for his son, who fights against the Russian invaders alongside his father. Last winter Ihor couldn’t have imagined that his life would be turned upside-down in a few months. He did not support the revolution of dignity, just as the vast majority of Artemivsk residents didn’t.
Then the war came came to him. Terrorists captured Ihor’s house and he began to look at the situation from a different point of view. Together with his only son, Ihor joined the “Artemivsk” battalion. They both came “shod in slippers”, because in an instant their house didn’t belong to them anymore. But the most painful loss is Ihor’s mother. She supports the separatists and thus has refused to have any contact with her son and grandson. She left for Russian annexed Crimea.
Meanwhile things got hotter in Artemivsk. Terrorists captured Ihor’s son’s girlfriend and held her for ransom. The money was raised thanks to volunteers and their battalion members. The terrorists freed the girl in exchange for the money.
After a few days Ihor was wounded. He did not treat the wounds properly and continued to fight. But complications from his injury interfered with his plans. Ihor was taken to Kharkiv hospital and then to Kyiv military hospital.
Now, at last, his wounds have healed and Ihor is physically ready to fight for Ukraine. With a more comfortable and effective Kalashnikov, and dressed in warm clothing. 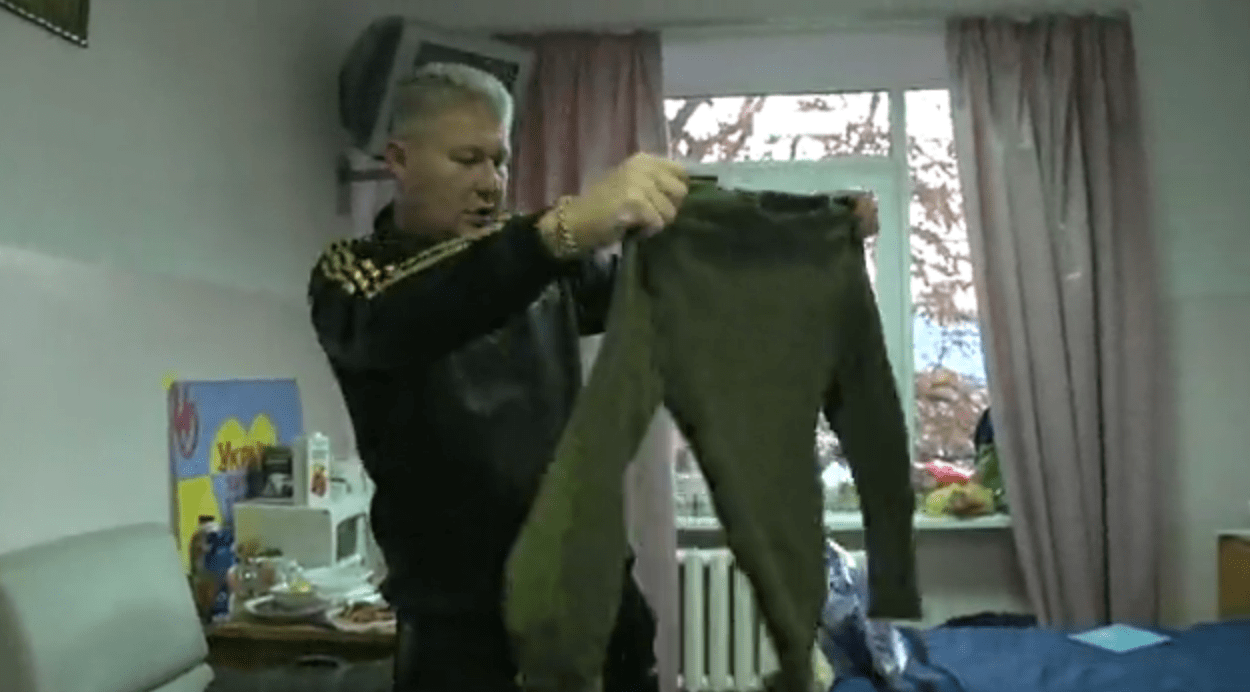 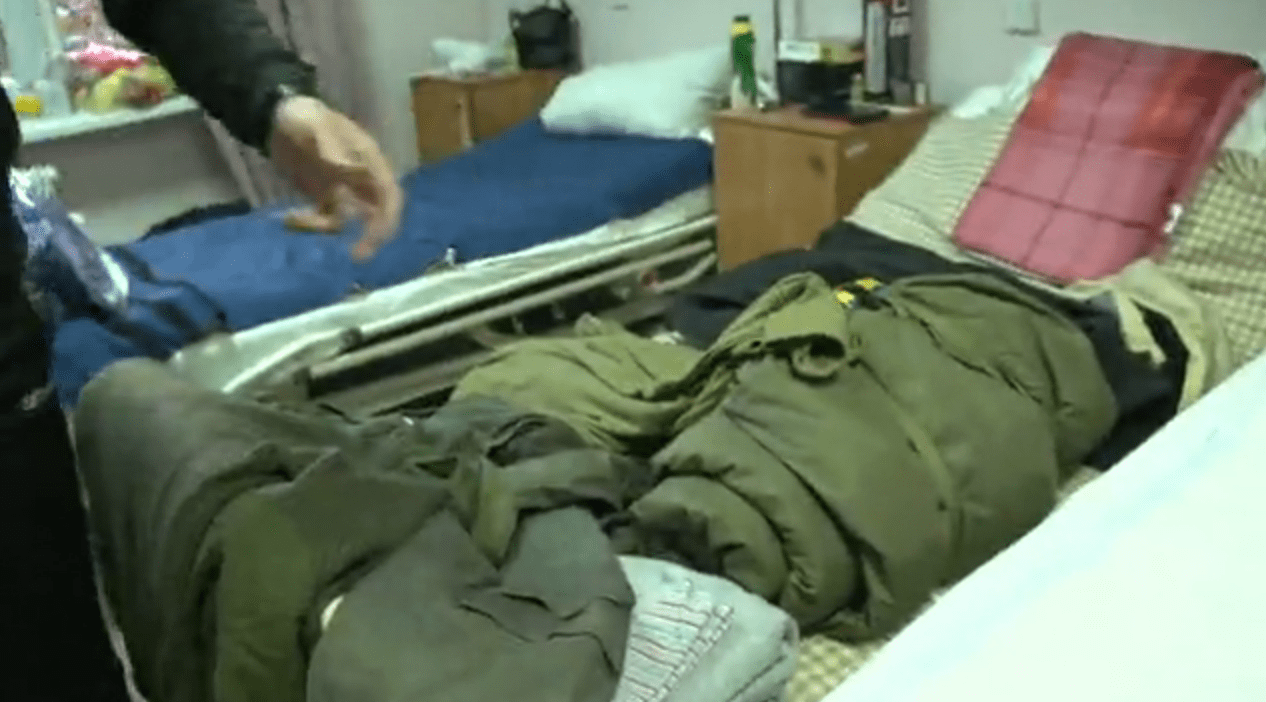 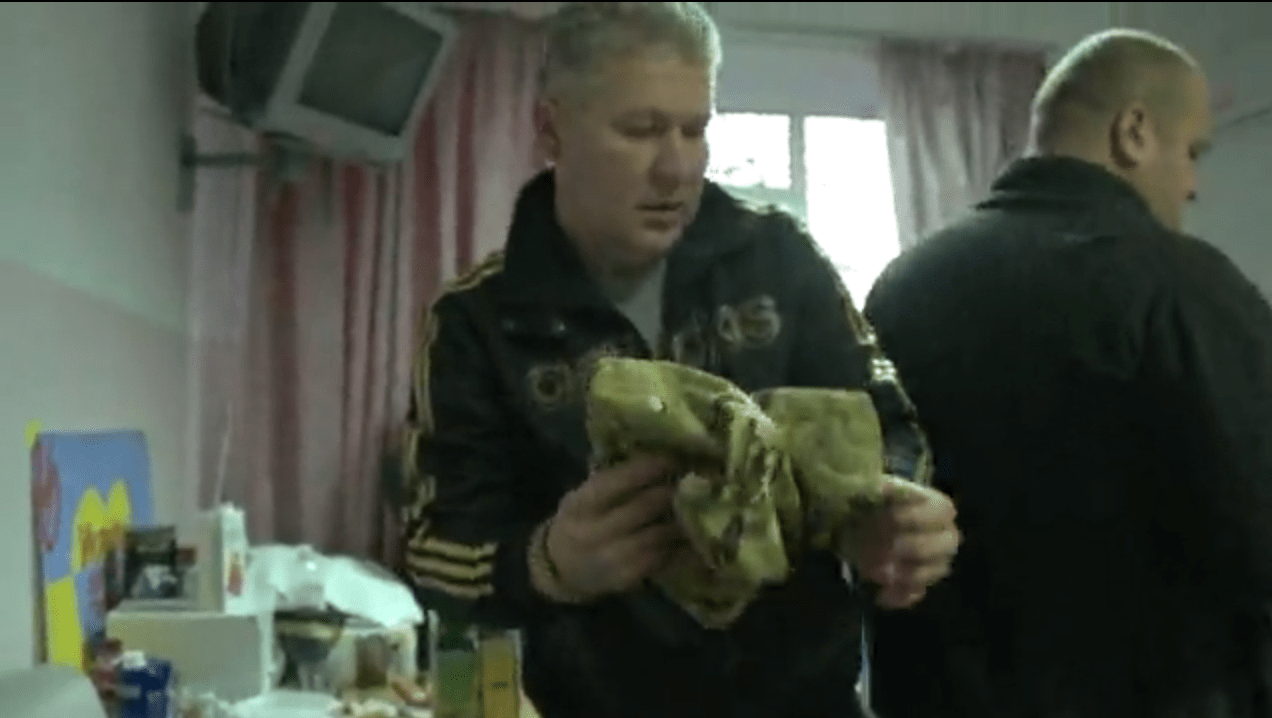