This is official and final now: there will be no more check-ups, control, extra fundraising or additional courses of treatment. Dmytro is among those lucky ones who have totally completed their course of treatment within the Bioengineering Rehabilitation for Wounded project. Actually, during his latest visit Dmytro has been handed a certificate testifying definitive completion of treatment. 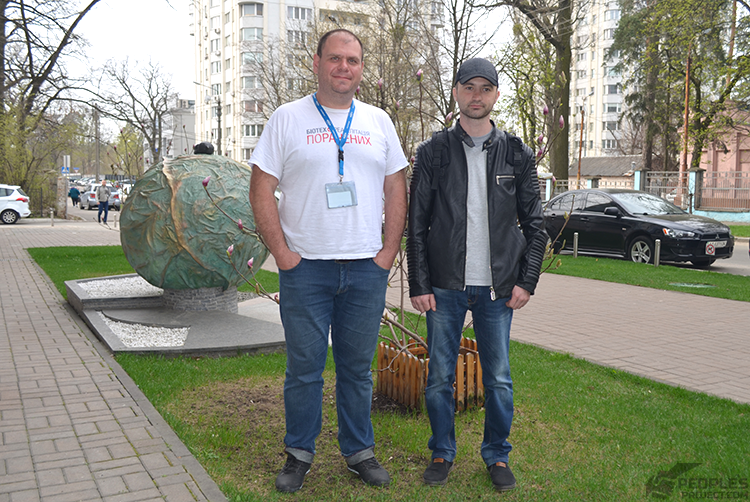 Dmytro himself with his personal “magician”, cell biologist of the Project, Dmytro Zubov

Our former patient Dmytro has been lacking time to appear in the clinic for about a year due to his heavy engagement in current activities: he works at a local conscription office where he’s responsible for contract service matters. The injured bone in his leg has fused up and got completely restored. Maybe in the x-ray scan it looks not that straight still it enables Dmytro to do whatever he wants with his newly repaired limb. 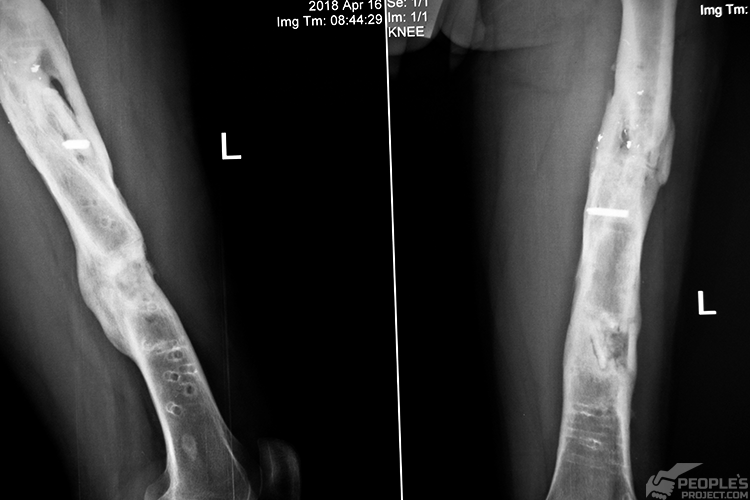 This is Dmytro’s latest x-ray

Dmytro, a former paratrooper of the 80th Air Assault Brigade, got wounded in a battle for Luhansk airport environs. In the summer of 2014 they were withdrawing from the enemy encirclement and had hard times to evade the enemy; at the same time, they managed to destroy the occupiers’ convoy and clear the village of Heorhiivka from terrorists. During a battle an enemy bullet hit him on the hip having heavily injured it. Doctors tried to help, but following five surgeries and assemblage of the bone on an orthopedic nail they could not offer any further options: the leg shortened by almost 4 centimeters and twisted while fusing up. 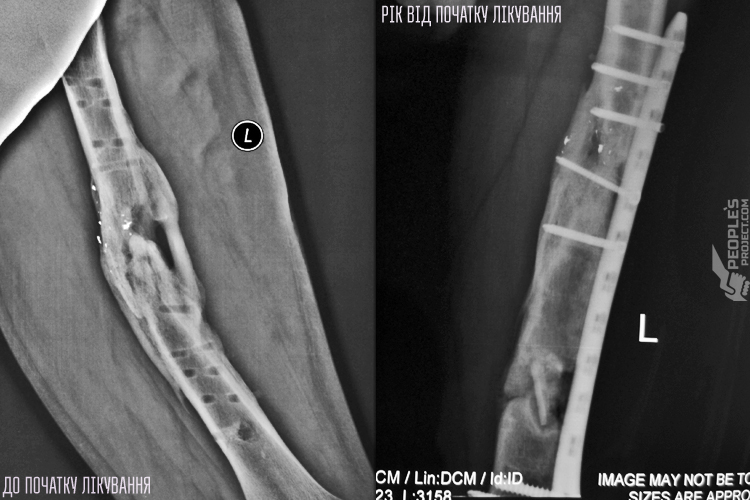 Within the Bioengineering Rehabilitation for Wounded volunteer medical project, in the first place the doctors removed the metal pin. After this, the surgeons brought the leg to its natural physiological position, got it fused up anew using cell materials, and stretched it by means of the Ilizarov apparatus. For some time, the bone had stayed fixed with an orthopedic plate which was removed a year later. 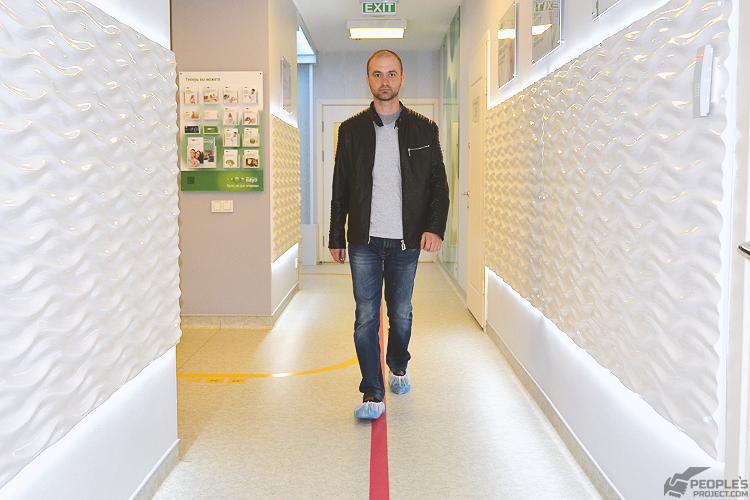 The complete course of Dmytro’s complex treatment cost us, the volunteers of People’s Project, about 350 thousand hryvnias. All this money was raised as people’s donations and individual contributors’ input while the state did not give a penny for restoration of the wounded fighter. That is why we repeatedly ask you for your assistance, dear friends, as other participants of the Project need our support as well: you can find their profiles and stories if you follow the link. Dear friends, please do not ignore our invitation. For these fighters, our shared support often means the last chance for a normal life. And the price of our unresponsiveness can be too high.