Home/I Am Sniper/Report/Complications in the forefront. Snipers need our…

Complications in the forefront. Snipers need our help

In late February, the enemy snipers killed a young Marine of the 95 Air Assault Brigade Oleksandr Sivko: the bullet hit him while he was fighting on the positions near Avdiivka. In a few days, a friend of Oleksandr, a paratrooper Vadym Sapesku was killed by a sniper shot, too. On the night of March, 9th, an enemy sniper shot the scout of the Azov Battalion Yuriy Luhovskyi. Yesterday, on the 16th of March, Mark Hudzovskyi, the fighter of the same Azov Battalion, died in Mechnykov hospital in Dnipro following the severest injury caused by a sniper bullet three days ago. Unfortunately, these are just a few names from a handful of fatalities among the Ukrainian fighters that came as the result of intensification of enemy snipers’ work in the forefront.

There emerge lots of messages shared in the social networks, about groups of snipers sent to Donbas by the enemy. These are formed of both russian militants and foreign mercenaries. True or not, still our saddening statistics signifies that the threat must not remain ignored. Certain units of our Armed Forces, naturally in strict accordance with all international agreements, carry out their counter-sniper activities. That is why such sniper units are among those to whom the People’s Project volunteer center provides first and foremost support. 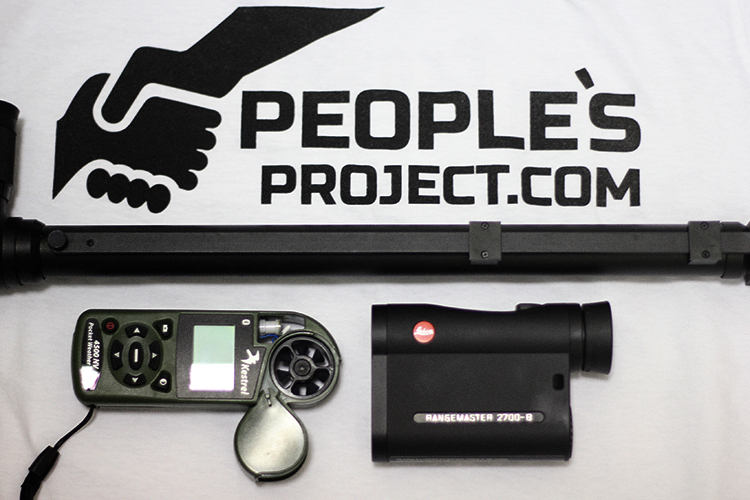 Only recently we requested your assistance another time: for the money accumulated People’s Project purchased a range finder, a weather station and periscopes for a skillful sniper unit actively working in the forefront. Now we have to support the guys with more serious gear, a thermal imaging scope that will allow them to work day and night. Some time ago we demonstrated how its performance looked like; still, despite the guys already own a thermal imaging scope, there is only one gear per a few snipers – hence, they have to pass it to one another competing for their turn to apply this useful and handy tool.

Let us be honest, the price of this “toy” looks rather substantial, about a hundred thousand hryvnias. Still it is able of providing the possibility of 24 hours’ work in any conditions for our snipers. Besides, it most likely won’t be a problem to raise the necessary sum – together with you we have repeatedly did this. Dear friends, please join in and participate in the I Am Sniper project within which we are collecting necessary amount. Because the enemy will not shoot themselves on their own!