Home/Bioengineering Rehabilitation for Wounded/Report/Far from over: Biotech’s patient comes back…

Far from over: Biotech’s patient comes back to clinic due to complications

Dear friends, here’s some news on Mr. Serhiy: we haven’t written about him for a while. The thing is, the man has been facing certain complications in his treatment. In hospitals where Mr. Serhiy received ambulatory care, his old stagnant illness became active again. Partly, it also affected the leg that had been treated within the Bioengineering Rehabilitation for Wounded project. Now the doctors of the project have to overcome the consequences of it: certain additional correction procedures are needed. 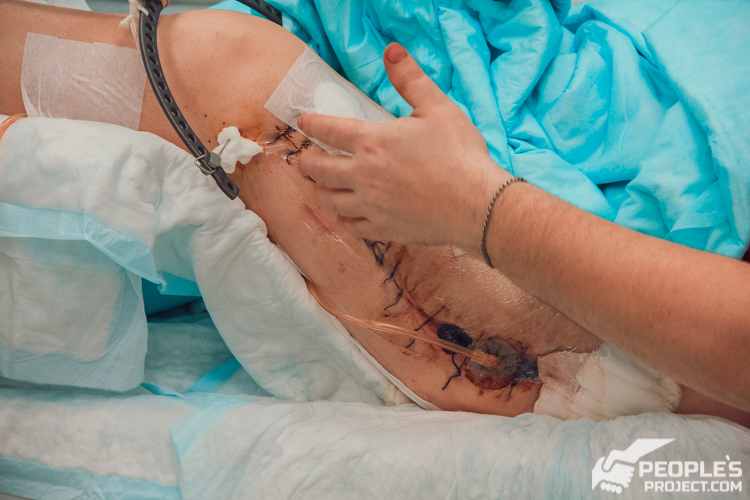 Naturally, this will postpone the process of total recuperation and requires extra expenditures, but this issue has been taken on by the clinic. In our turn, we take the situation rather positively: despite all the troubles, Mr. Serhiy who used to suffer from severest wounds and was nearly impossible to imagine recuperated, now walks on his own, though supported by crutches. 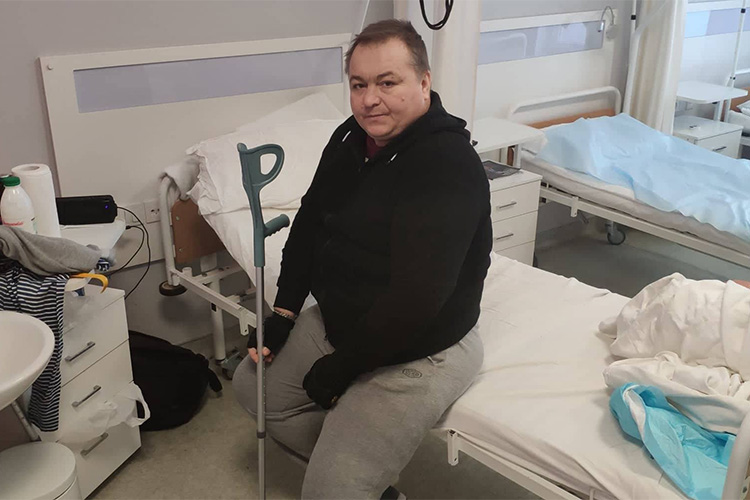 Mr. Serhiy got heavily injured in 2015, when an enemy shell fragment hit him on the hip. The metal piece torn his muscles and severely damaged the bone: the defect made over 10cm in length. Within the Project, the doctors had to heal the defect itself, the persistent bone infection and the consequences of negligent care in previous treatment course taken in conventional hospitals. 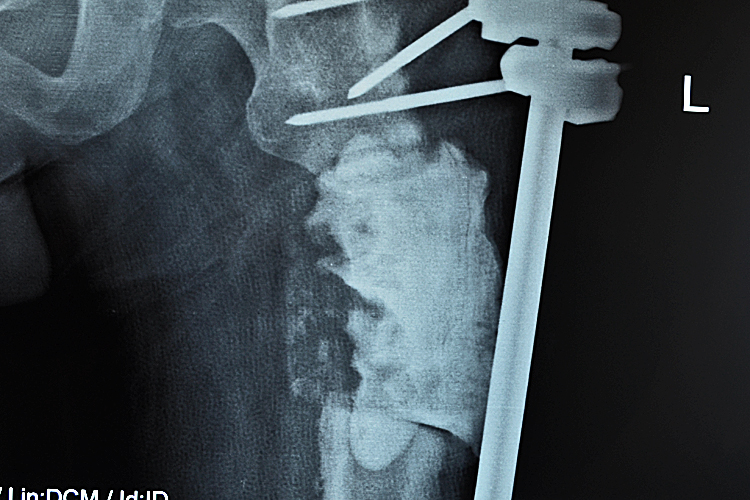 Mr. Serhiy’s bone defect that has been healed within the Biotech

For a long period of time, our medics tried to suppress the pervasive osteomyelitis and put the limb back to its natural shape; afterwards, they transplanted a special bone matrix filled with Mr. Serhiy’s own stem cells, into the defected area. If not the complications, today the man would have been walking on his own without any support. Still, he will soon.

The full course of Mr. Serhiy’s treatment cost us over 700 thousand hryvnias. All this money we, the volunteers of People’s Project, have raised thanks to your donations, as neither the Ministry of Health nor other state institutions took care to participate in sponsoring the treatment of the wounded. But there are also other fighters in the Project whose courses treatment are still far from completion, and they need our support as well. Actually it is only your donations that give the heavily wounded military the chances and hope for restoration. That’s why we are appealing for your assistance once again: dear friends, please join in as your participation is highly welcome and important!