Wounded border guard Serhiy presented for treatment with the largest bone defect in the history of our project! And now the first results of the fighters treatment are in!

Doctors have ascertained accretion processes between the introduced autologous cell-tissue material with the bone in the upper part of the left tibia, which can be seen in X-rays.
We expect more results after 1.5 months!

On September 21 last year, Sergei was seriously injured, losing 14 cm of the tibia due to being shot directly in the leg with a hail of bullets and associated later complications. The only way to quickly and efficiently restore such a defect and restore leg function is via stem cell technology. Serhiy was enrolled in the In the project Bioengineering Rehabilitation for Wounded from Odesa by volunteer Viktoriya Krotova, who had been taking care of the fighter.

During treatment as part of the project Serhiy’s doctors performed several operations to “clean up” the injury site, prepare the transplant reception bed and main operation, which took place on June 10 where at the site of the soldier’s defect autologous cell-tissue material in the form of fixed bone block was set and an LCP type plate affixed.
The People`s Project through donations have provided the necessary funds for this high-tech treatment of the fighter at a cost of 121,630 UAH.

Serhiy medical history can be viewed at this link 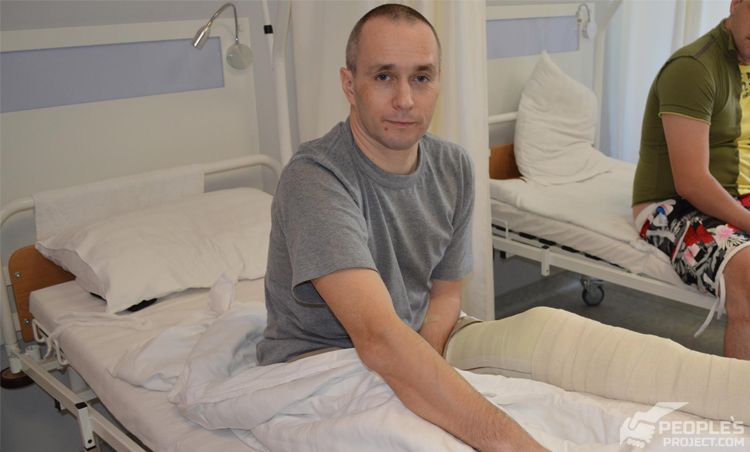 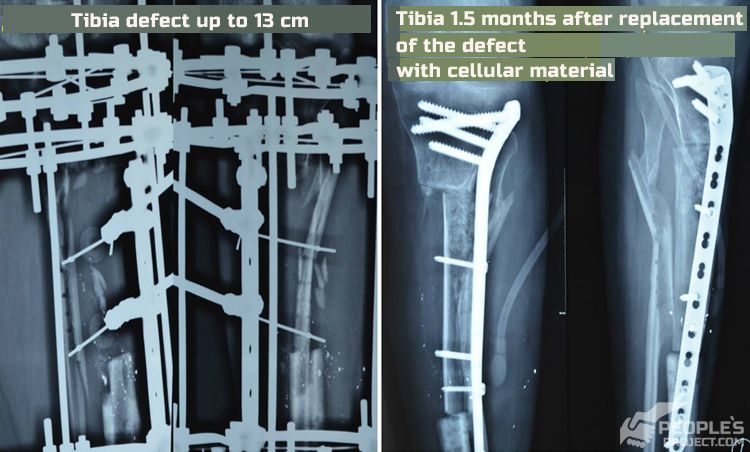