ATO fighter Yuriy has completed the final stage of surgical treatment of the gunshot wound to his arm. He had a complex fracture of the left humerus bone with a 12 cm defect. Further recovery will take place at home under the supervision of his physician and orthopedists.
Yuriy’s treatment as part of the Bioengineering rehabilitation of wounded project commenced last year on October 8 when his biological material was collected. On December 9 gangrenous tissue of his humerus was removed to prevent osteomyelitis.
During the surgery, doctors removed the rotational component, prepared the recipient bed and input autologous cell-tissue material in the form of a bone block that was fixed using a LCP plate.
If necessary, with time, doctors are ready to perform wrist arthrodesis.
Paratrooper Yuriy was injured during a firefight with the enemy near Red Lyman.
For a few months he was treated for multiple injuries in numerous military hospitals, but upper arm bone loss could not be treated with traditional methods. Therefore, the coordinators of the Ukrainian Volunteer Center People’s Project helped the soldier to get enrolled in the stem cell technology treatment and raised necessary funds – a total amount of 151,921 UAH. 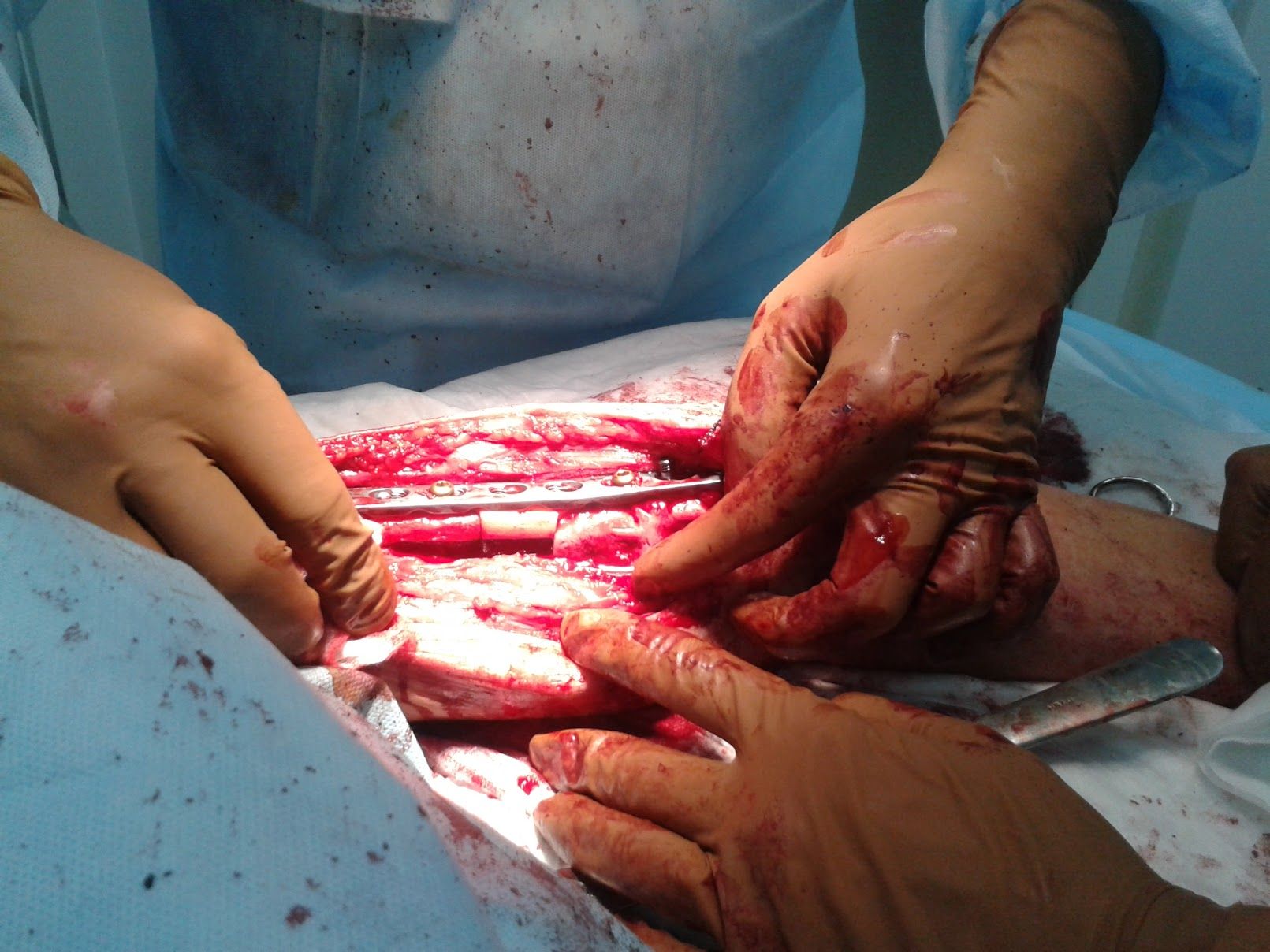