Oleg, a soldier from the Aydar Battalion, just underwent one of the main stages of his treatment – surgery on his shoulder bone.

On April 17 the external fixation apparatus was removed along with fragments of the right humerus removed and an adaptive resection was performed. Then in the site of bone defect and loss was autologous cell-tissue material was implanted in three places 12 cm in size then fixed with metal plates.

A few days later, on April 21, the external fixation apparatus was removed from Oleg’s right thigh. Now his leg is in a plaster cast. In the bio-lab preparation of cellular material for his next surgery on his femur is underway.

Oleg is very optimistic! Despite the fact his treatment requires several months of rest, he is enthusiastic about making a speedy recovery!

Oleg’s treatment and recovery is possible due to the efforts of the doctors, your support, support of loved ones and military colleagues who have visited the hero daily.
We constantly analyze the donations flowing into the project and have noticed some people are regular contributors to the project, some donating monthly, some weekly. Believe us, when it seemed all hope of living a normal life was taken from them the look of hope the eyes of these brave men when they learn our project can give them a second chance makes it all worthwhile. 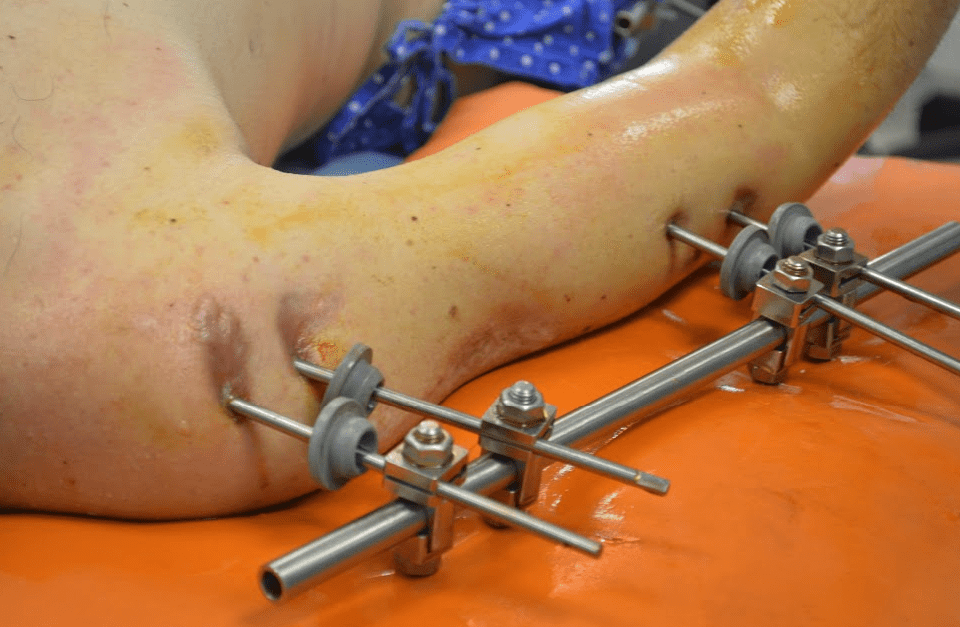 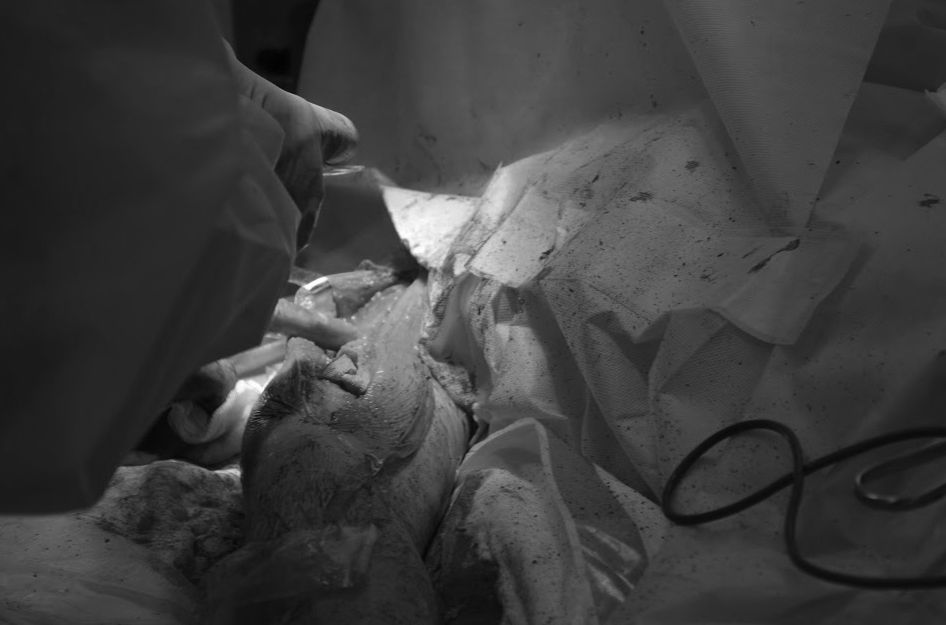 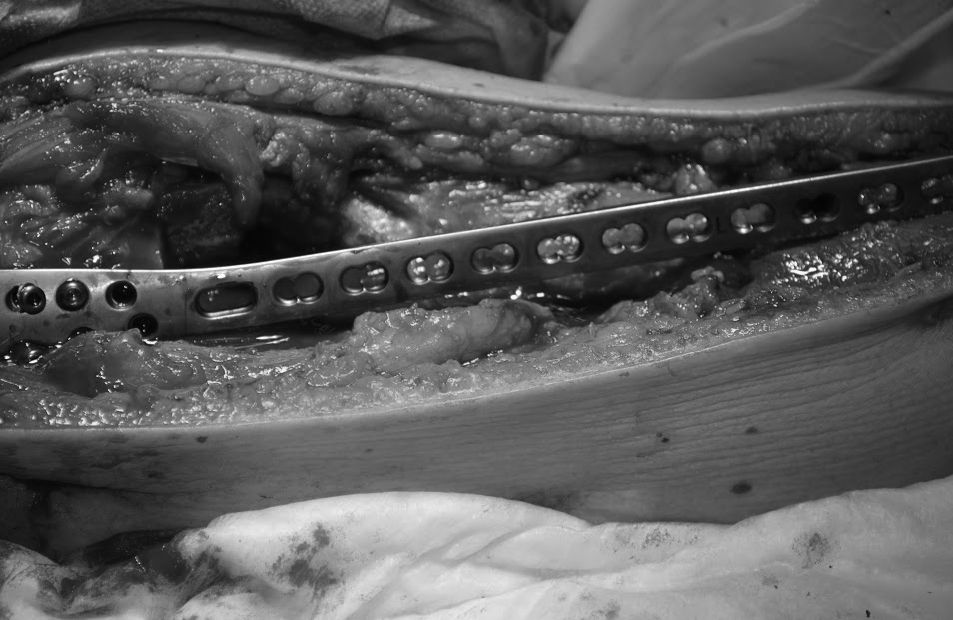 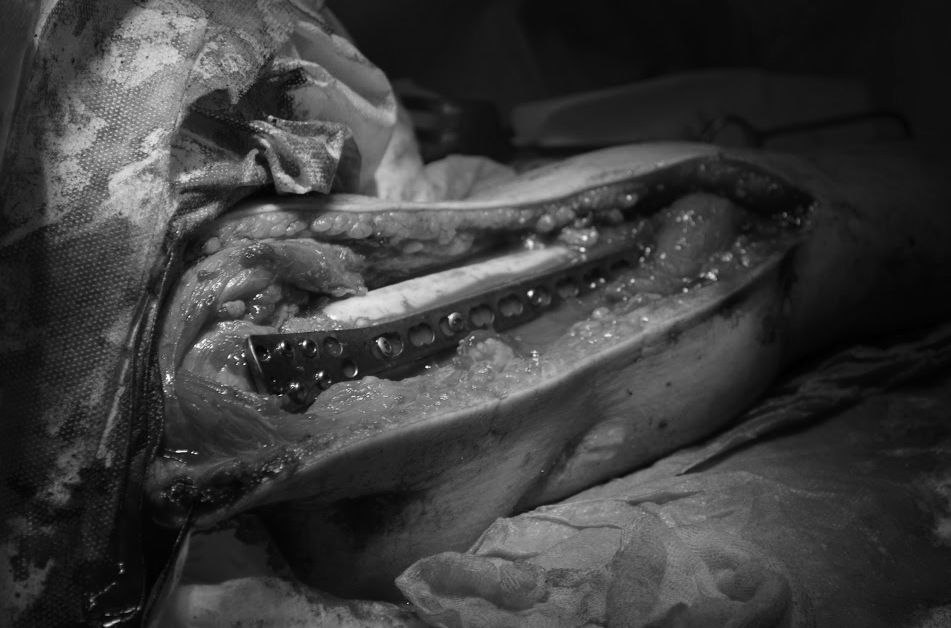 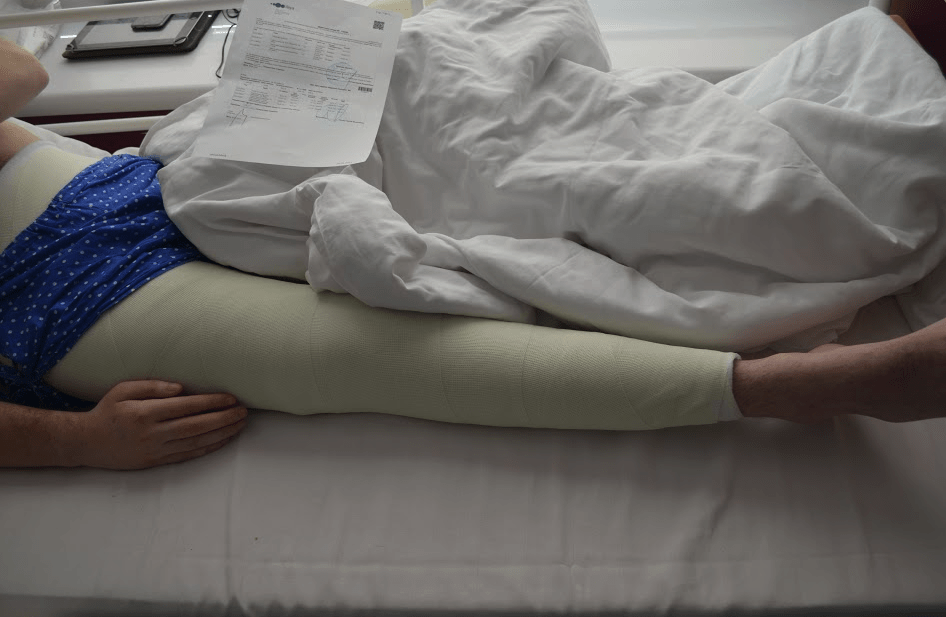