Last Friday, in the first phase of treatment, Oleksandr underwent external bone fixation and sampling of cellular material.
In the coming days after follow-up treatment The Azov Batallion memmber will be discharged.

On May 9, 2014 during the storming of police precincts in Mariupol the 32-year-old Kyiv-resident, one of the first volunteers in the Azov Battalion, received a gunshot wound to his lower right leg.

Since Oleksandr was treated in Ukraine and then in Germany, he has been forced to spend more the 50,000 Euro from his own funds on treatment and, despite the personal expense, the soldier’s leg remains non-functional and he has suffered many post-operative complications.
Traditional methods have proved ineffective in the treatment of Oleksandr’s injury, now the only opportunity to help and quickly return him to normal life is the restoration of bones using stem-cell technology. Such treatment is expensive, but it has repeatedly proved its effectiveness in cases where the wounded have lost all hope of recovery.
When Olexandr appealed to the social project Bioengineering Rehabilitation for Wounded, his leg had become severely inflammed, so doctors at iLaya Medical Center immediately removed the external fixation device, even before crowdfunding for his treatment had begun. Every day of inflammation in the bone brings with it a major risk of osteomyelitis, which can lead to a long and difficult treatment process.

Olexandr, one of the first to enlist in Azov, joined the newly created division in early spring 2014. First in Berdyansk defending against separatist rallies, then re-stationed in Mariupol. Oleksandr says immediately after the annexation of the Crimean Peninsula by Russia he gathered friends and without hesitation all of them went to the East.
His service to Ukraine began in the fall of 2013 when in the midst of the Euromaidan he joined the mobile spin-off Automaidan. Shortly before this his wife Olena gave birth to their now-2-year-old daughter. His family offered him solace when he despaired the most during treatment and had become almost reconciled having a permanent disability.
More details about Oleksandr’s injury and treatment can be found here. 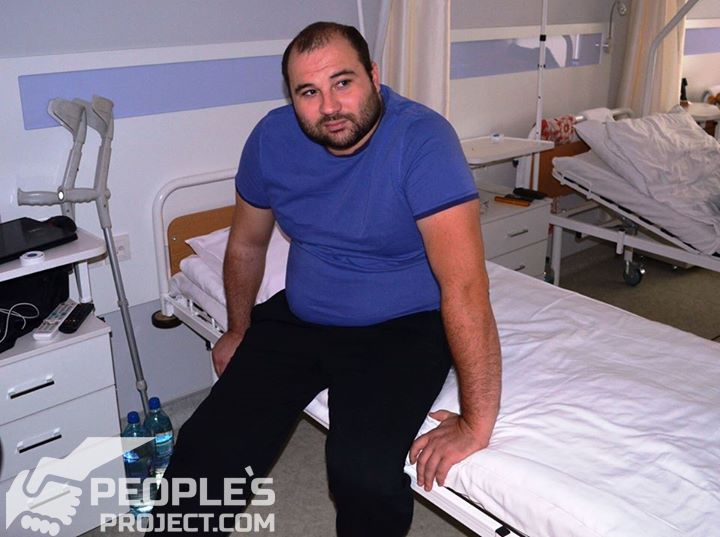 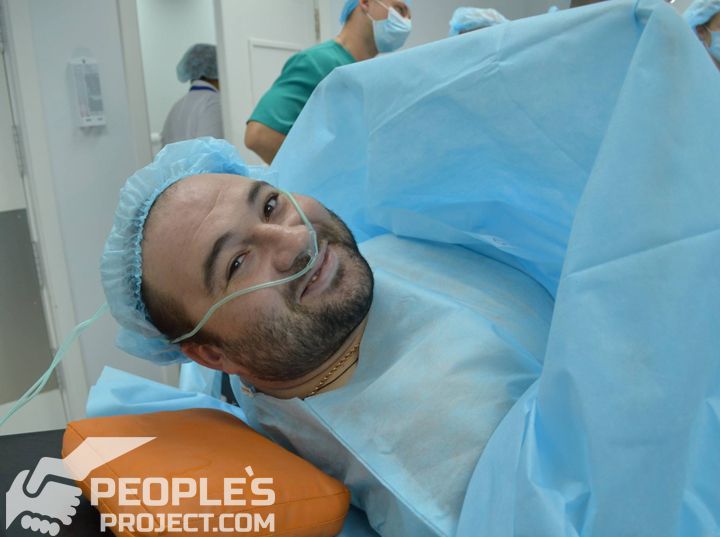 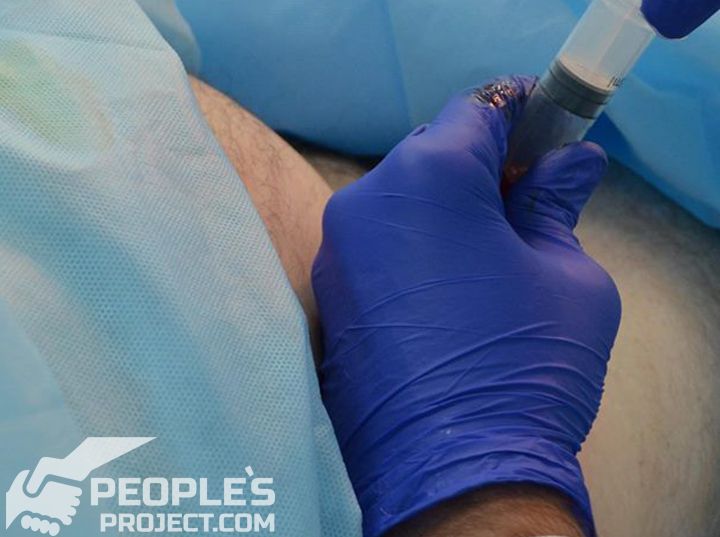