Paratrooper Oleksandr’s external fixation device has been removed! In a month his plaster will be removed and possibly, if his doctor permits, he will walk on his foot!

Now Olexandr is in excellent spirits and feeling quite satisfied. He recently spent a good day celebrating the traditional Day of Airborne Troops – visiting Mariupol’s Monument to General Vasiliy Margelov where he met with his military counterparts.
We congratulate the paratrooper on the celebrations and wish him a speedy recovery!

Olexandr, a fighter with the 25th Dnipropetrovsk Airborne Brigade, joined the project Bioengineering Rehabilitation of Wounded with a serious shrapnel wound to his left foot, his calcaneus was 75% missing. This represents one of the most technologically complex cases in our project.
Prior to his participation in the project, Olexandr had already undergone 17 operations and was even threatened with amputation several times due to persistant infections complicating factors.
During treatment of the fighter, doctors gradually moved a fragment of the calcaneus to its normal position, removed subluxation of the forefoot and created conditions for the normalization of blood circulation and sensitivity of the foot. Plastic surgery to transplant a graft on the leg was also performed. A fortnight ago replacement of bone defect using stem cell technology uing autologous cell-tissue material was conducted.
Olexandrs history of treatment can be viewed at this link. 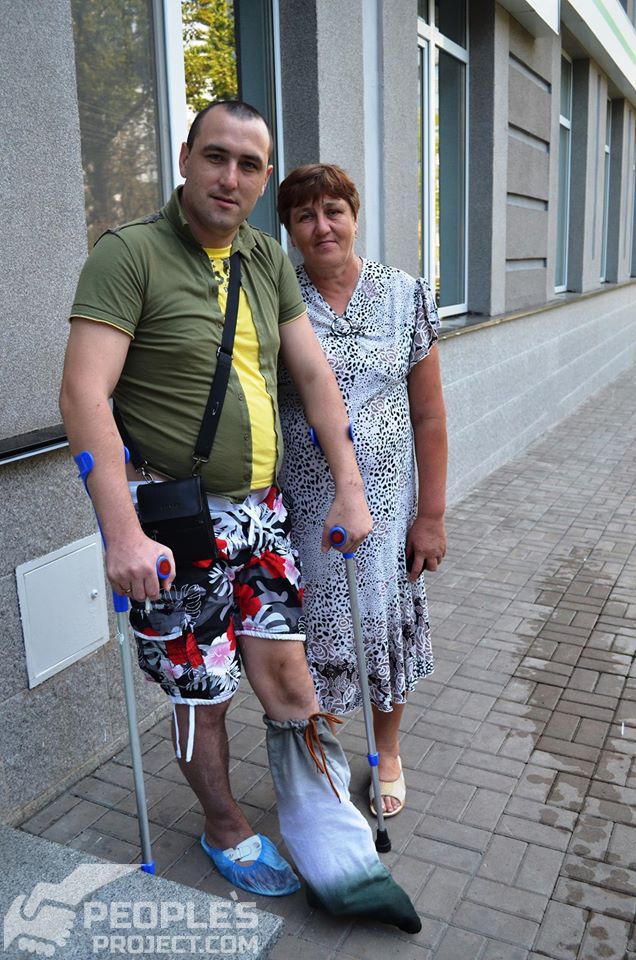 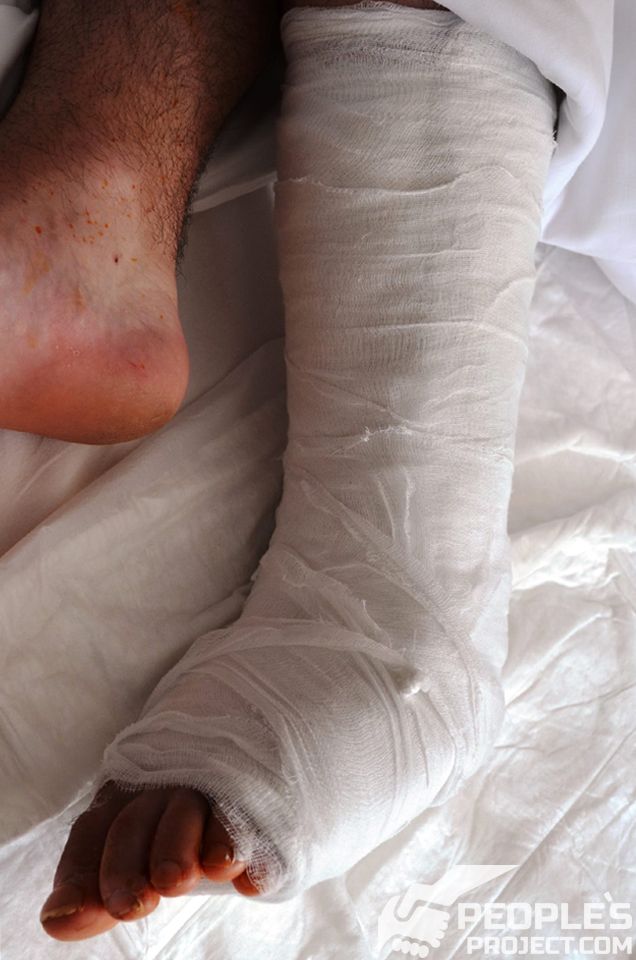