The doctors at ilaya Medical Center have reported promising results in Sergyi, a wounded soldier’s treatment. These conclusions are based on new X-rays of both the shoulder and forearm of the soldier.

Thus, the forearm X-rays, taken January 14, showed new bone formation at the site of the injection of cell-tissue material. The shoulder X-rays show an active consolidation of bone fragments.

Sergyi was enrolled into the “Bioengineering rehabilitation for wounded” project with gunshot fractures to the humerus and radial bones in early October last year. By October 10 the soldier was in the first stages of surgical treatment – biopsy sampling and osteosuture of the right humerus.

The second phase took place a month later – on November 13. During surgery the doctors removed devitalised bone fragments from the right radial bones and completed replacement by the transplantation of progenitor cells. This material and bone fragments were fixed using a plate-type LСP. 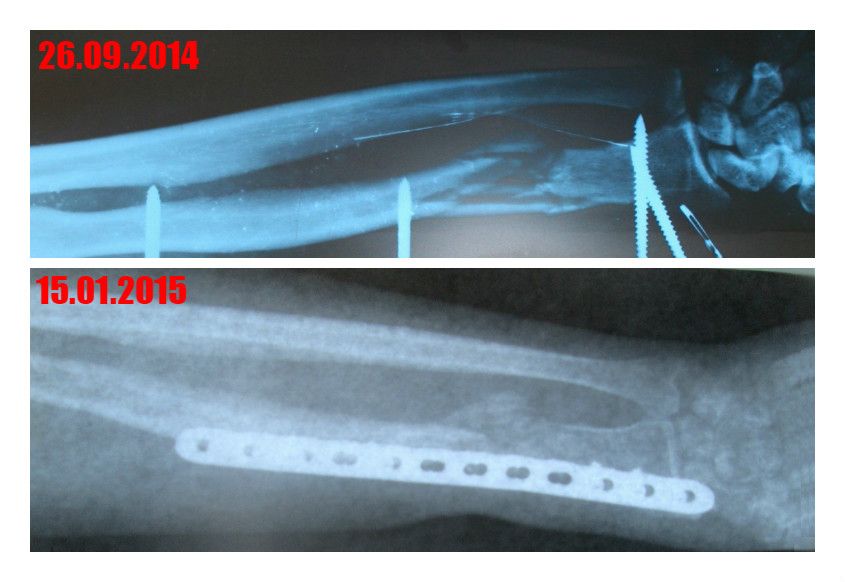 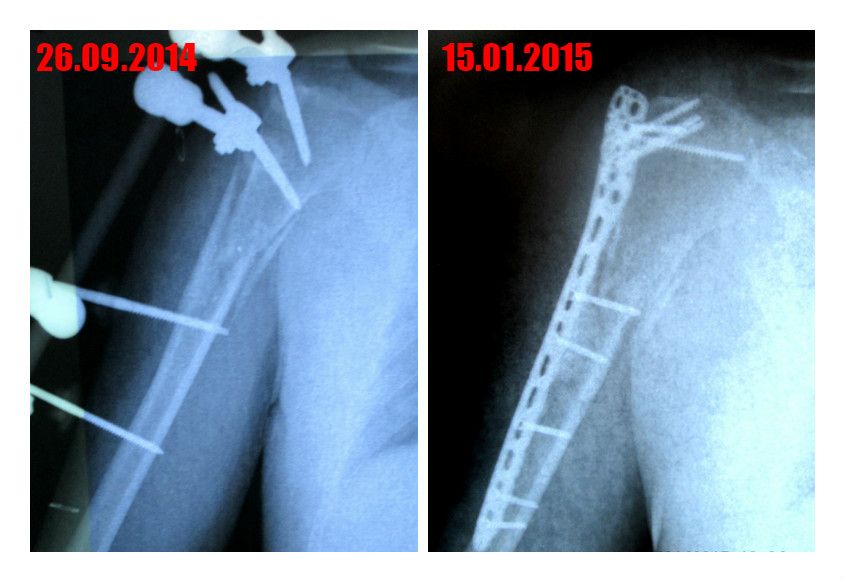 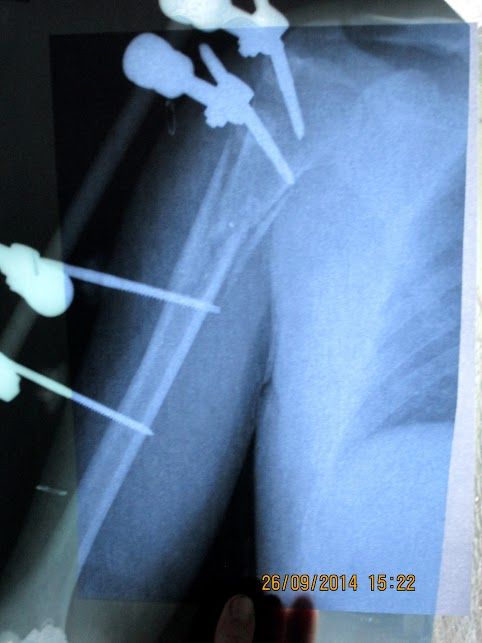 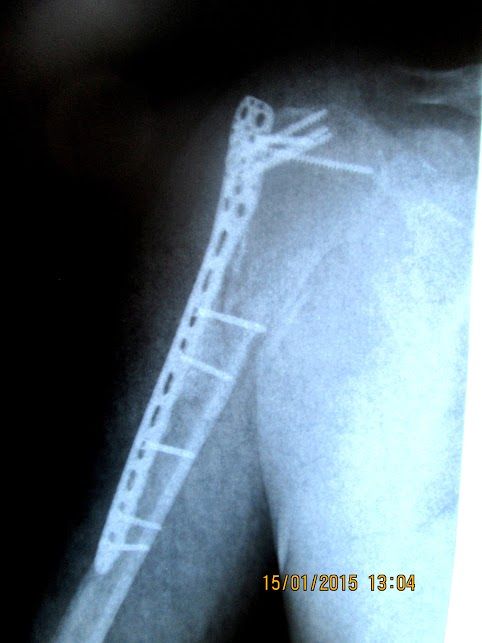