Two-and-a-half months after the main treatment phase of National Guard fighter Andriy the process of regeneration can be observed at the site of injury.
In particular, a new X-ray showed complete integration of the transplanted cellular tissue material with recipient bone tissue, according to Andriy’s attending physician.
ATO hero Andriy was admitted for treatment within the social project “Bioengineering rehabilitation of wounded” in November, with severe consequences from shrapnel wounds to the left tibia and an 8cm tibia defect (loss). For full information on his injuries follow this link.
Usually in similar cases traditional medicine calls for amputation of the limb and a prosthetic, or application of Ilizarov bone extraction. In Andriy’s case this course of treatment would have lasted for more than a year.
Andriy underwent the following stages of treatment:
• 19.11.2014, during the firs stage treatment four surgeries were performed: cellular material collected, resection of tibia necrotic bone fragments, extrafocal intraosseous osteosynthesis by Ilizarov and replacement of the soft tissue of the defect of the posterior surface of the tibia with local tissue.
• 17.12.2014, in the second phase of treatment, at the site of the bone defect autologous cell-tissue material 8cm long and 2cm in diameter was transplanted, then Andriy was sent home to recuperate.
• 10.02.2014, 1.5 months after primary surgery an X-ray was taken that showed the fracture healing and fusion of active input autologous cell-tissue material with bone. The doctor recommended he start exercising the injured leg.
Andriy was injured as a result of shelling on September 27 from an enemy GRAD, the soldier underwent a number of operations in military hospitals, but traditional methods did not lead to the restoration of bone, which threatened to leave him with permanent disabilities.
Volunteer Olga Tkachenko helped the fighter enroll for treatment under the “Bioengeneering-rehabilitation of wounded” project.
Funds needed for the treatment to a total of 159,706 UAH were raised by volunteers from the Ukrainian Volunteer Center People’s Project. We thank everyone who helped.
Soon the brave soldier will be walking and enjoying life. 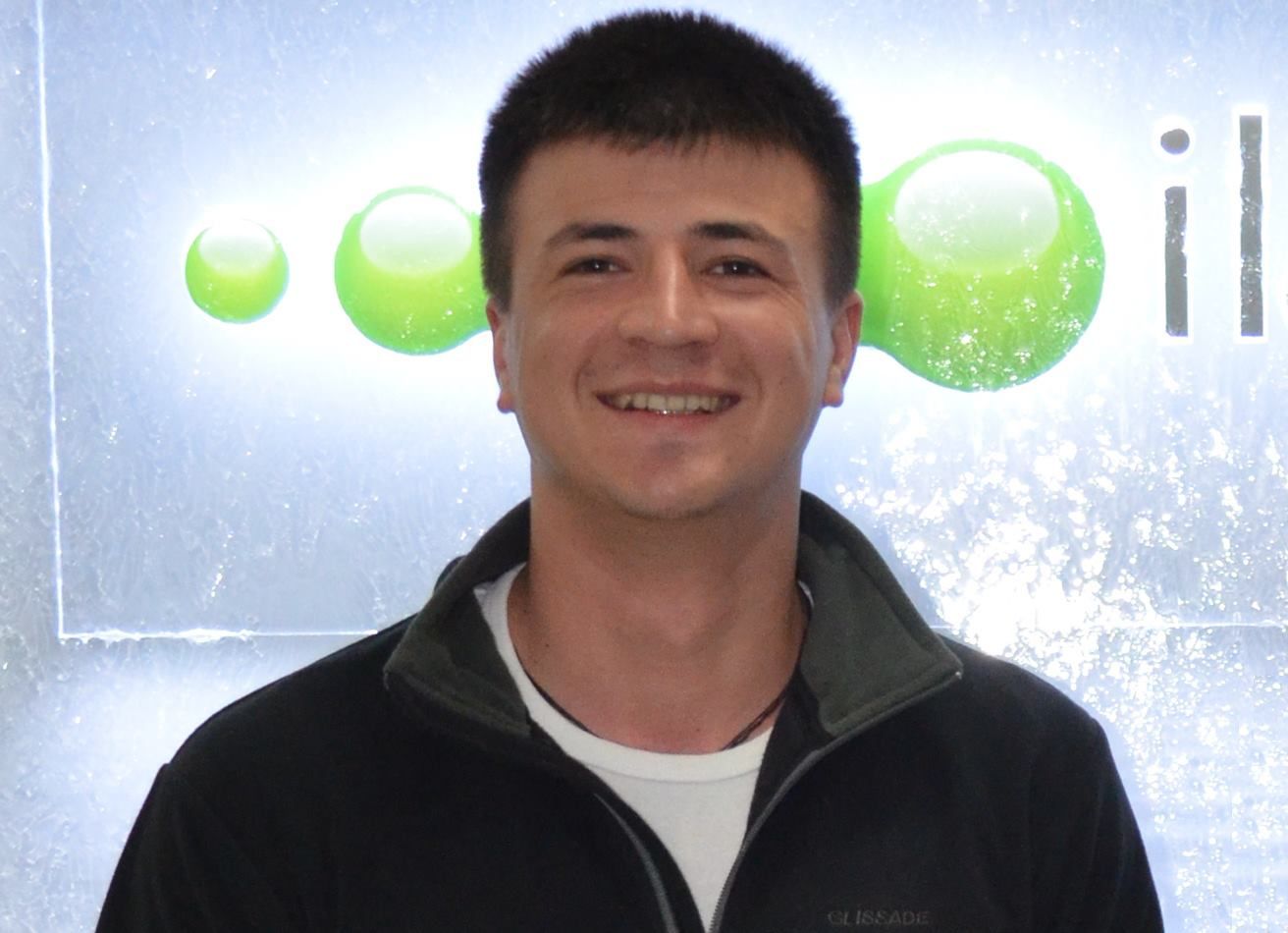 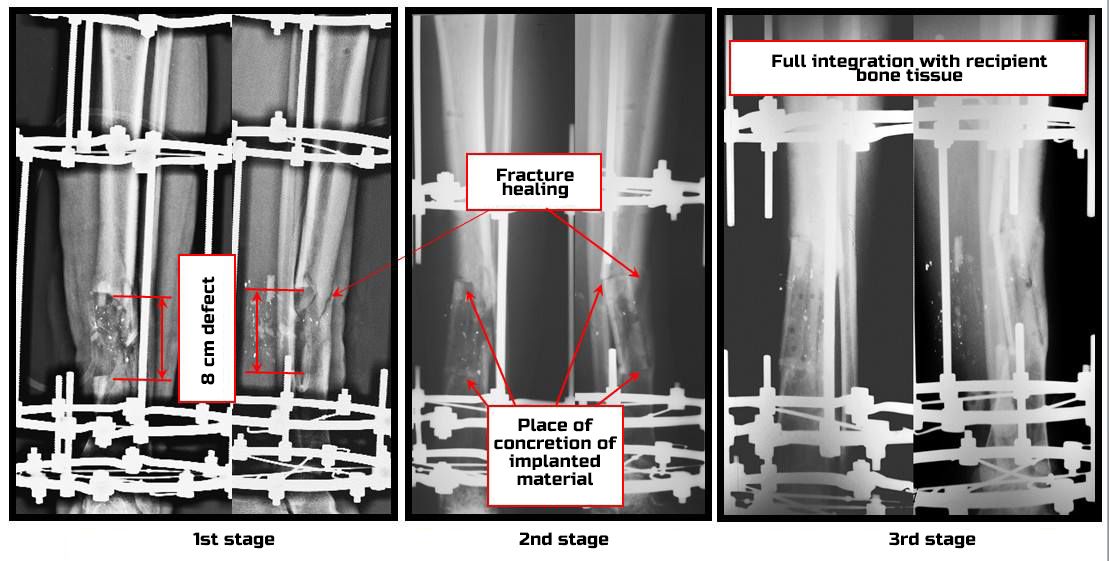