Good preliminary results have been obtained in the treatment of 93rd Brigade soldier Vitaliy’s right leg.
Two months after primary surgery an X-ray was taken that shows the formation of new bone and bone block fusion with autologous stem cells at the recipient bone site. 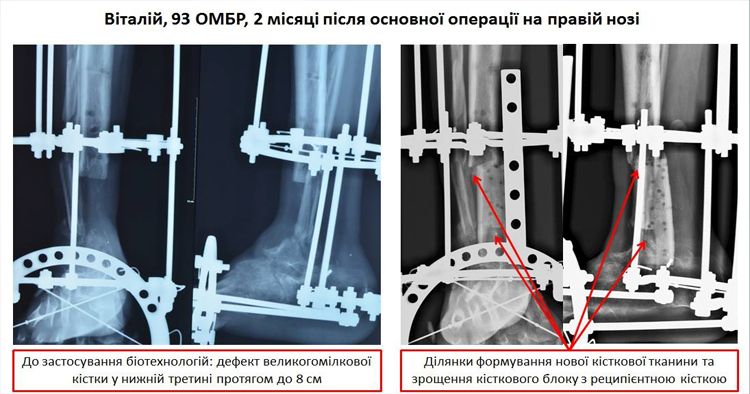 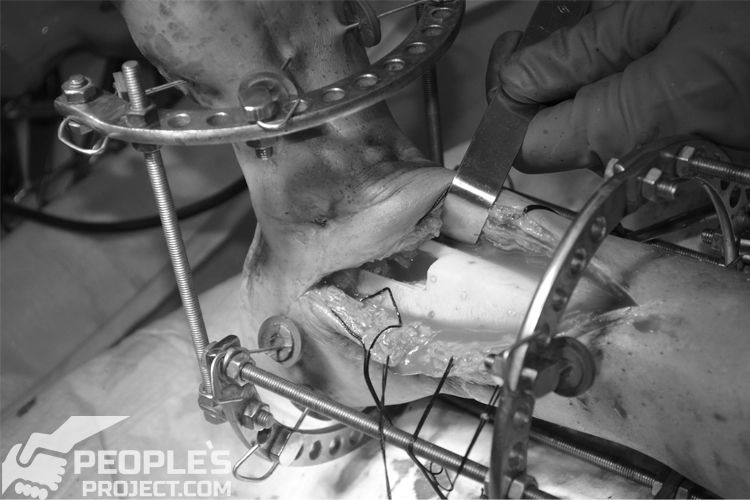 Vitaliy also underwent basic surgery on his left leg in late October.
The “Cyborg”, a fighter with the legendary 93rd Brigade, was admitted for treatment within the social project Bioengineering Rehabilitation for Wounded in spring 2015. The soldier was threatened with permanent disability and limb shortening of 10 cm, as well as dysfunction of his foot, this would lead to a shift of the center of gravity of his body and as a result – a disease of the spine. Many doctors even insisted on the immediate amputation of hius right leg because of the severity of his injuries and the resulting complications.
In order to address soft tissue defect in both legs and to deal with the bone defect including preparation for the use of cellular technology, in May and June the soldier underwent several plastic surgery procedures performed by the doctors of iLaya Medical Center.
After proper preparation, on July 30, Vitaliu underwent major surgery on his right shin – the replacement of the 8 cm defect of the tibia with bone block, which is a osteoplastic material infused with autologous stem cells, after which the soldier went home to recover.
In late October 2015 the man underwetn major surgery on his left leg.
For more on the circumstances of his wounding and his treatment history follow this link.

On October 5 the treatment of wounded soldier form the 11th Battalion – “Kyiv Rus” – Oleh commenced.
After preparation for surgery, he underwent the first stage of treatment – surgery on and the fencing of cellular material in the bones of his foot. 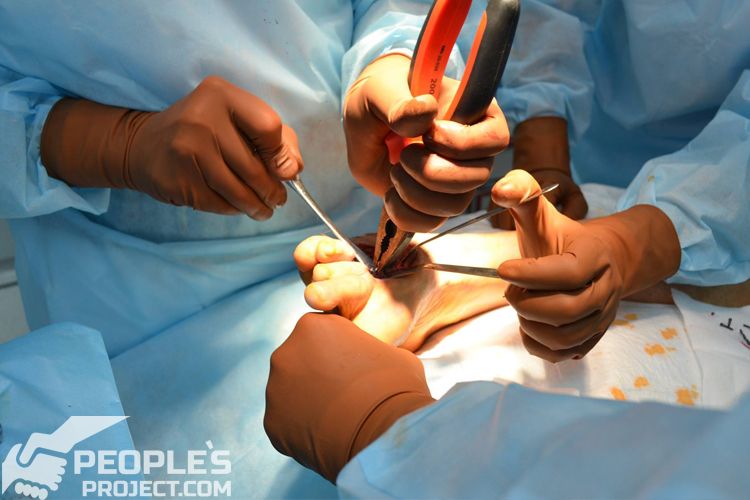 Currently, Oleh already is recovering at home after his first operation.
In the first stage of treatment, red bone marrow was sampled for the preparation of cellular material in the biolaboratory and a necrectomy was performed to remove gangrenous bone due to osteomyelitis in the fragments of bone in the foot.
The soldier was then fitted with an external fixation apparatus, and after determining his health status, doctors allowed him to go home to recover on October 7.
Next week, he enters the second stage of treatment, scheduled plastic surgery on the soft tissues.
Oleh’s treatment history can be found at this link.