“This enemy is more cunning: it is inside me”

A dark hospital corridor, the smell of wounds and chlorine, fussy nurses and exhausted patients. This is the initial impression we get at the Bone Infections Unit of the Institute of Traumatology and Orthopedics of the National Academy of Medical Sciences of Ukraine. This unit is an only specialized medical institution of the kind in Ukraine.

A young guy whose name is Mykola, is a patient at ward #6. Naturally, his name has been changed to protect his privacy, as our patient would like neither to be pitied or ask for help. He is a military who has used to assist others at the expense of his own well-being and life. Once Mykola’s body got pierced by enemy bullets and shell fragments. Since then he’s been fighting for his own life.

He endured years of endless surgeries and anesthesia, and has cherished a single wish, to hear the desirable “We’ve removed all the fragments out of your body and now it is over at last”. Still he hasn’t heard these words yet. First, his wish transformed into a hope, and now it has become an almost impossible dream.

Following his injury, surgeons had to literally assemble him anew on the O.R. table; some time later German doctors installed a costly prosthesis into his body and thus gave him another beam of hope for a full recovery; then he was released home. But the metal fragments continued to ruin the guy’s entire world. Due to another outbreak of infection, an urgent removal of the contaminated prosthesis was performed. The antibiotics resistant bacteria persisted. And Mykola got to the Last Hope Unit again. 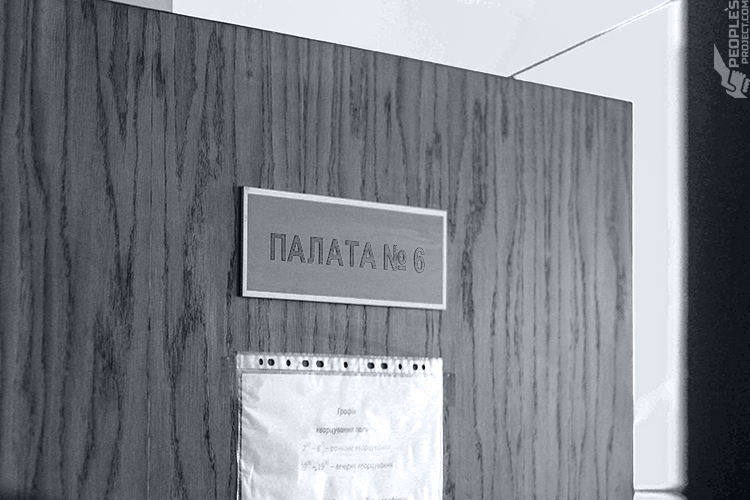 One could have stopped cherishing hopes and waited until the infection won: in this case, soon, everything would be over for a patient.

“This enemy turned out to be even more treacherous than occupiers. It is inside me, and I just can resist it no more,” – Mykola says with a frighteningly quiet and emaciated face expression.

But a doctor carries him to the OR again, to clear the bed of infection to prevent another attack of the disease, with an ordinary scalpel. The surgeon murmurs bitter words about the wishful piece of medical equipment they desperately need at the Unit, a cavitator. It is a device  that would enable the doctors to prevent hundreds of similar cases, to save Mykola and thousands more patients like him. The doctors would be able to eliminate bacteria and all kinds of contamination, without surgeries. After all, the Bone Infections Unit is the only specialized medical body in the entire country!

But today, the cavitators are present only at plastic surgery clinics where medics apply these for liposuction procedures carried out for celebs. Similarly, they have these at private clinics for wealthy patients.

While Mykola, like thousands of ordinary citizens who become the patients of the Bone Infections Unit, featuring scary smell of wounds and chlorine, still have to face their troubles and cherish their hopes on their own.

The all-Ukrainian Volunteer Center People’s project is keeping on fundraising aimed to help Mykola as well as the rest of patients treated at the Institute of Traumatology and Orthopedics of the National Academy of Medical Sciences of Ukraine. Together with you, dear friends, we are going to buy this special device for clearing severe wounds and hotbeds of infection by means of ultrasound, a cavitator.

The solution to the whole problem may cost each of us just about 50 hryvnias! If we act together, we will accumulate the necessary sum in a flash. The main thing is to realize that the success in charity mostly depends not in the amount of donation but in the quantity of sympathetic contributions. It depends on compassion of the PEOPLE who stood together to help other PEOPLE.