In fighter with the 24th Mechanized Brigade, Vasil, the formation of new bone has been observed 1.5 months after the basic operation at the site of the proximal tibia defect!

Vasil’s trauma: proximal tibia defect (100-120 cm3) with malunion, and a damaged knee joint. After some six months of traditional treatment no effect was observed and had there not been timely treatment using stem cell technology the soldier was threatened with amputation because of a dysfunctional foot.

On February 20, as part of the Bioengineering Rehabilitation for Wounded project, Vasil underwent the first stage of surgery – dismantling of the rod apparatus, exploration of the bone cell defect, preparation of the recipient bed to replace the defect, osteotomy of the tibial and fibula bones, transosseous osteosynthesis and sampling of cellular material from the tibia and spinal cord ilium.

On February 24 an X-ray was taken, which showed good results from the first stage of treatment – straightening of the tibia axis.

On April 4 at the site of Vasil’s right tibia defect autologous mesenchymal stromal cells were introduced in the form of a three-dimensional osteoprogenitor material based on bone chips to a volume of 140 cm³.

Thanks to the contributions of people who support the crowdfunding platform The People’s Project – Ukrainian nationwide volunteer center funds for the fighter’s treatment to a total amount of 321,987 UAH were collected.
Vasil’s medical history can be viewed at this link. 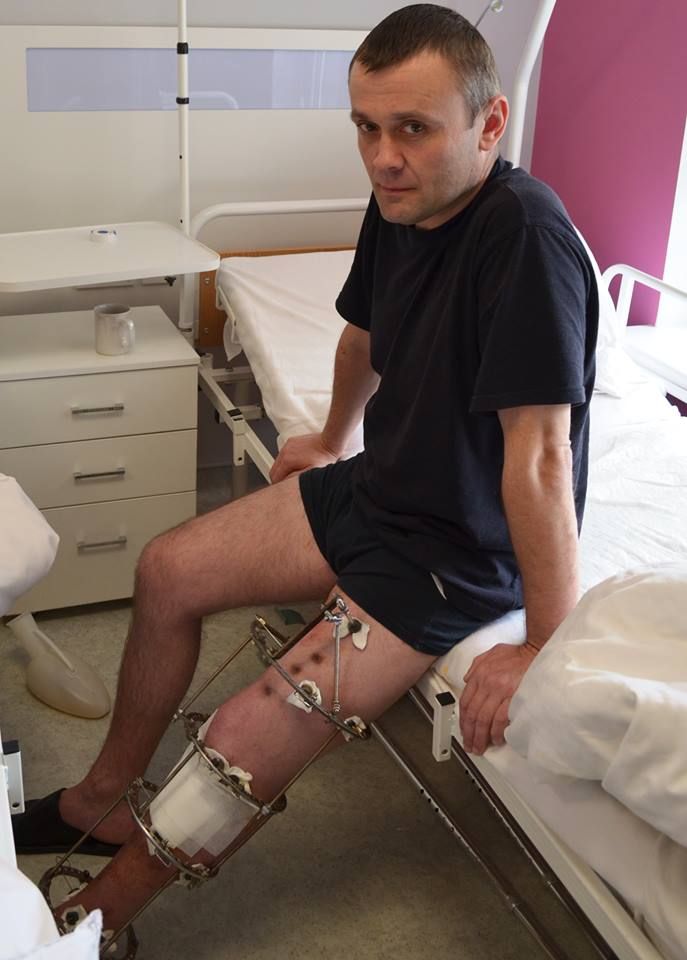 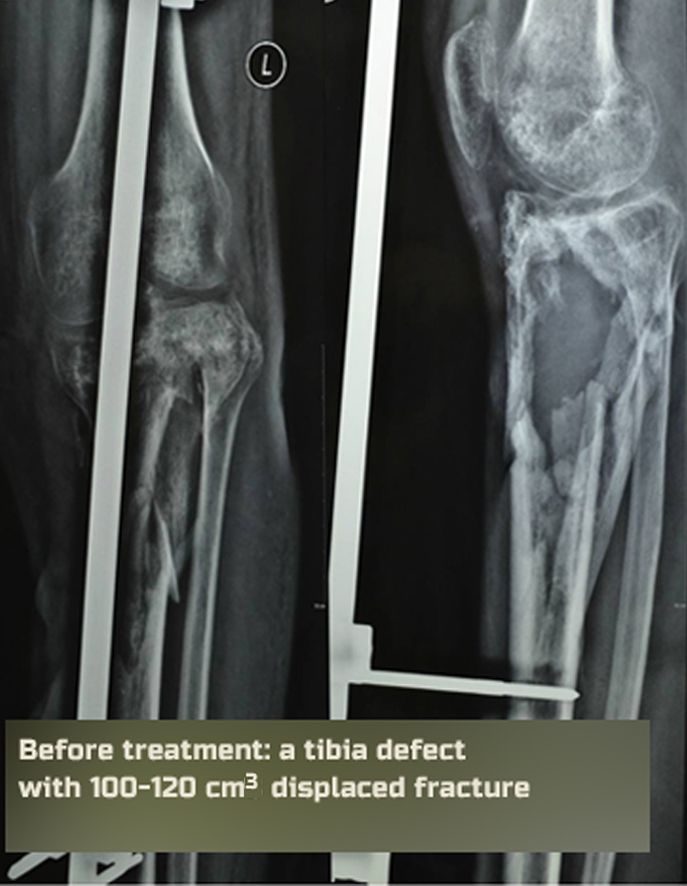 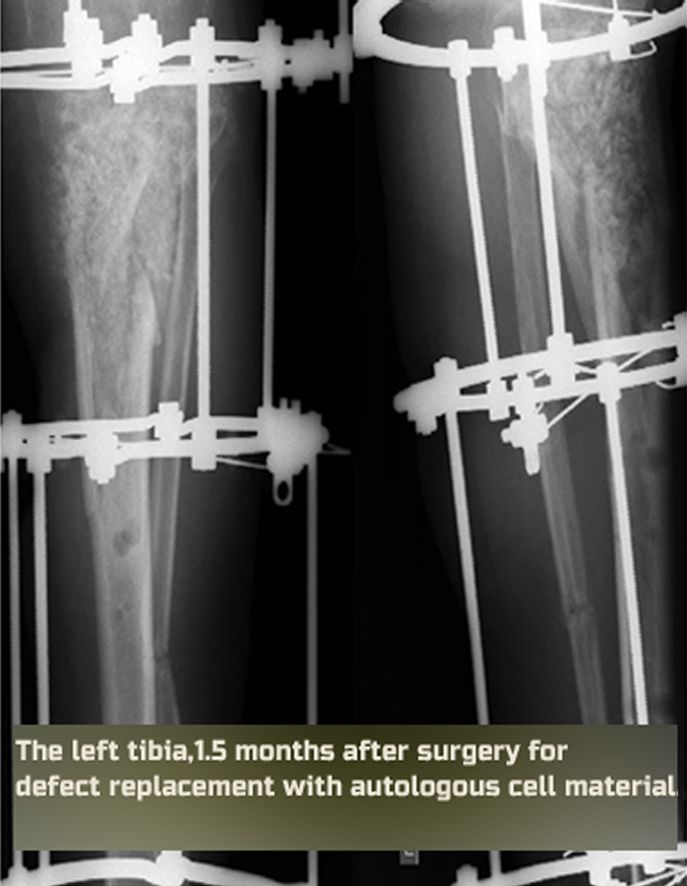