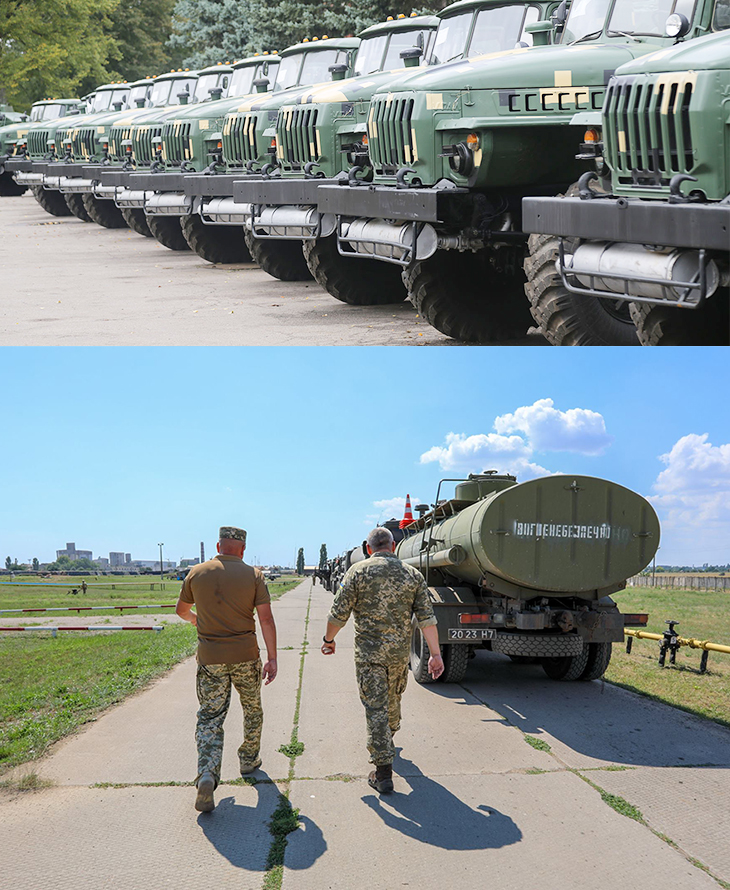 Army is a living body in the vessels of which there runs fuel instead of blood. Fuel can be used to fill the tank of a company car, and at the same time one can “borrow” some and use it for refilling his own vehicle. Sometimes, larger amounts of fuel can be dumped and illegally sold. Moreover, there are people who cannot resist the temptation to sell the army fuel in tons for big money. Fuel offers direct access to misuse, and where there is much fuel, not everyone is able to defy the lure. 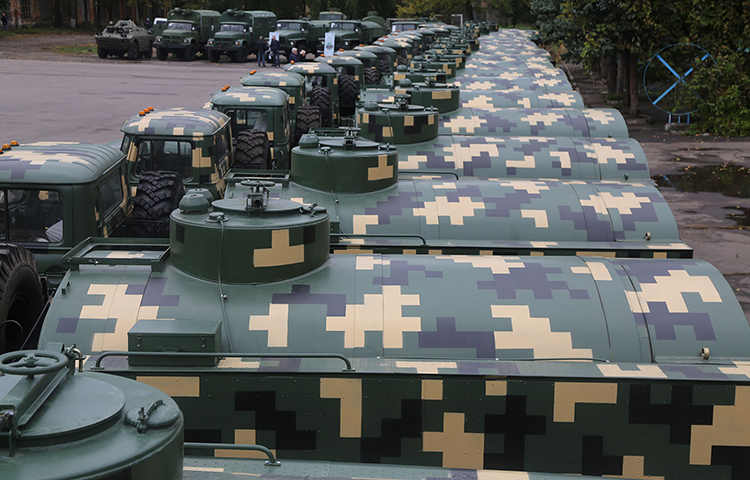 These are upgraded fuel trucks AC-5.5 on the base of URAL-4320 cargo vehicle that have been gaining popularity in the AFU

Is there any way to stop this uncontrolled trafficking thus saving state funds? The new System of Fuel Control is able of nullifying these shenanigans and allowing to optimize the logistics in the Army. It is the best means to save a huge amount of state money which is now inflowing the pockets of those scoundrels capitalizing on the war. The commandment of the 169th Desna center for military training alongside with individual commanders of the AFU, the corresponding arms department, and logistics support are welcoming the initiative and looking forward to acquiring the prototype System of Fuel Control equipment for immediate testing.

How it works at the moment

Today, fuel for military equipment is being written off by means of transport logs collecting mileage data on the odometer. By falsifying these indications mechanically, one can later input false data into the papers. This allows writing off fuel expenditures based on seemingly official and legal grounds. 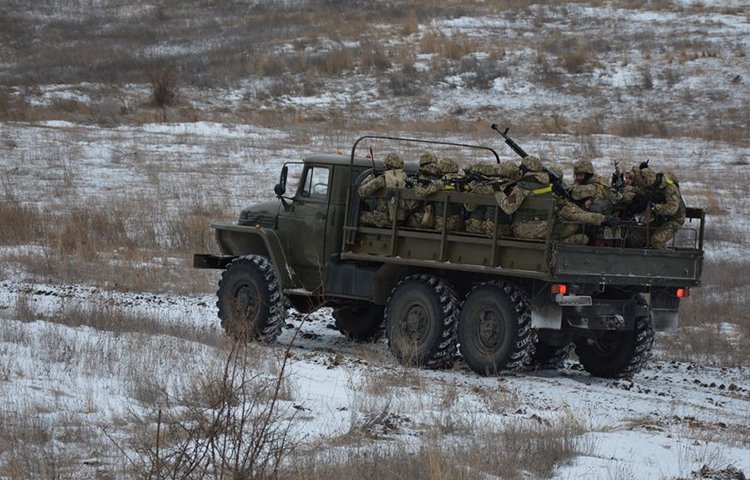 First, the test control system is to be installed on URAL-4320 truck – the type of cargo vehicle most often used in the Joint Forces Operation zone

Sometimes even bigger frauds take place. For example, if a unit commander is in fuel scam, transport logs can contain absolutely fictitious information, and a log itself can be drawn for even wheels-missing vehicles.

How it can work

The idea behind the Control System lies in the strict record of the fuel actually consumed by a certain engine. Each vehicle is to be equipped with a corresponding counter, or meter. It strictly records the amount of fuel used by the system and expended for engine performance. The data is displayed on the external monitor mounted in the driver’s cab; counter readings cannot be changed in any way. If the meter data differs from the actual amount of the remaining fuel or odometer indications, this will testify that certain machinations took place. This system does not deal with any data that makes a military secret and can be intercepted by the enemy; likewise, the data causes no impact on the performance of the vehicle. That is why the System can be operatively and easily introduced in any military unit provided that the commandment allowed its installation. 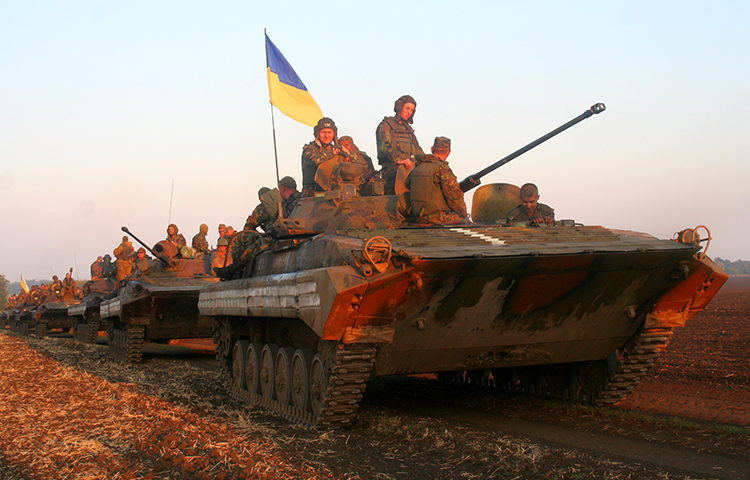 BMP vehicles used at Desna military training center, are the vehicles to be equipped with the new system in the second place

How exactly the System works? Below you can see the exact scheme describing how the whole unit works. Fuel passes from the tank through the filter, counter, and separator immediately into the engine – this constitutes the main performance cycle. Naturally, while doing this circle fuel leaves certain traces, or remains. These are directed into the separator that splits fuel and air directing them back into the engine circle bypassing the counter and avoiding re-registration in it. Readings of the stream counter that processes the volume of the fuel actually consumed by the engine, are displayed on the digital screen. 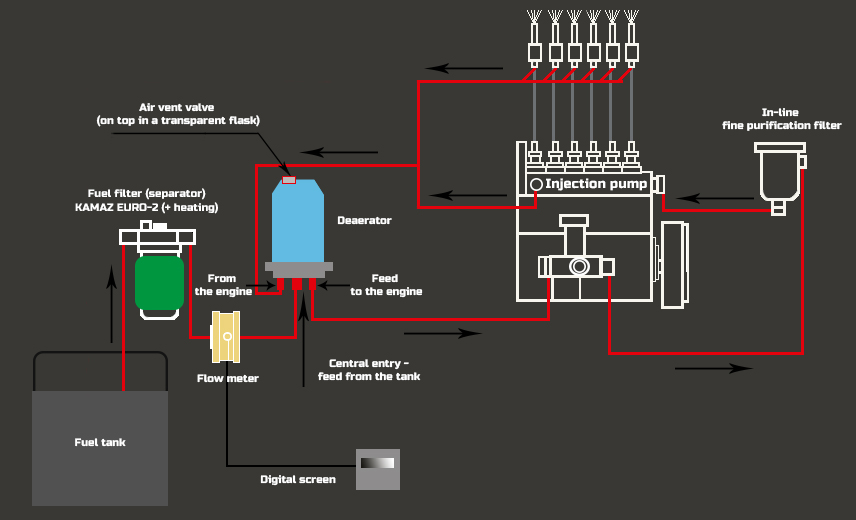 The funds that are being raised will be directed for manufacturing and installation of test samples of the System of Fuel Control for wheeled and armored vehicles of the 169th Desna center for military training.

If within the control period the System meets all expectations of the engineers and the military, it can be deployed in every unit, practically wherever needed. This will allow to effectively combat any misuse in the Army and save on large-scaled expenditures on fuel for our military.