Andriy, a volunteer with the “Gorin” battalion will be discharged in a few days!
Andriy received a basic operation on June 16 of this year – in a cavity in the cystic of the acetabulum hip was implanted autologous cell-tissue material. Now the soldier is in good mood and has significantly recovered after surgery.

After 1.5 months the first X-rays will be taken to show the results of the restoration of his bones. Meanwhile during this period the fighter will recover at home.
We wish Andriy a speedy recovery!

We remind readers that during shelling of the Hranitne village (in the Donetsk region), in August 2014, the soldier jumped into a dugout while carrying all of his equipment (over 12 kg) and as a result injured his hip joint. In addition he had pre-existing congenital hip disease (deforming osteoarthritis).
Disregarding the pain, Andriy continued active participation in military operations until about a week later when he was taken to Rivne hospital. After several injections of pain-killers the soldier briefly felt better, but then severe pain set in.

The hospital doctors believed a hip replacement was the only option, but the fighter disagreed and sought a way to keep his own joint.

Diana Gordiychuk, a volunteer from Rivne, having knowledge of the project Bioengineering Rehabilitation for Wounded, advised Andriy to turn to The People’s Project for help. After examination, doctors decided to include Andriy in the project and promised to utilise the possibilities of innovative stem cell technology for traumatology and orthopedics to quickly cure the hero.

Andriy‘s medical history can be viewed at this link. 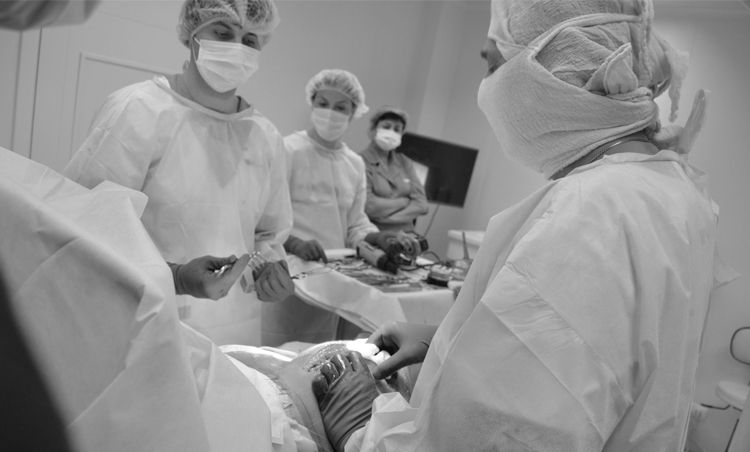 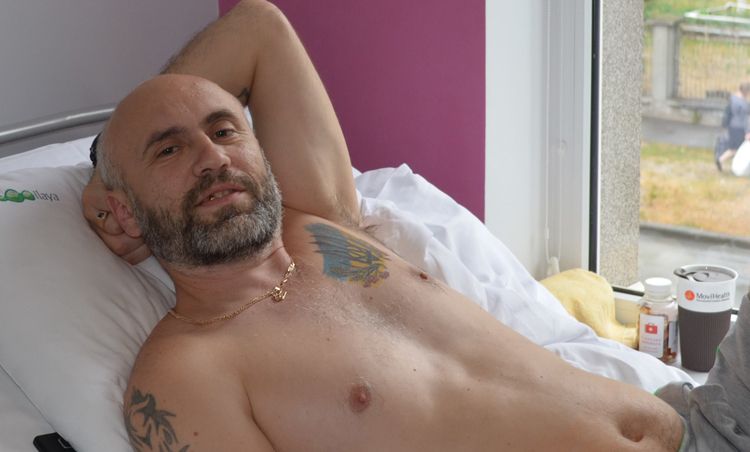