The Rehabilitation of Injured with Movement Impairment project was very much a seat-of-your-pants experience, we very much hoped for support and believed everything would turn out OK. However,  nagging doubts about the success of the project lingered. After all, collecting 2 million UAH in less than two months seemed a daunting task. However, with your help and with the support of charity, we were able to acquire the Armeo Spring device – a Ukrainian first. The device is intended for the final rehabilitation of injured with loss of upper limb function. In other words, this device which offers rehabilitation in form of interactive games helps the physicians at Nodus restore the function to wounded arms and hands in shorter time. The use of the Armeo Spring not only speeds up the process of rehabilitation, but also significantly increases its efficiency. The device restores fine motor function, saves time for patients and the clinic – offering the opportunity to help more wounded.
Already a queue of patients awaiting treatment with this device has formed. Also the Armeo Spring is suitable for use by military with prosthetic limbs to perfect movement.
On Monday the official handover of the Armeo Spring device took place at Nodus’ clinic in Brovary near Kyiv. A specialist from Hocoma, the manufacturer of the device, was on hand after flying into Ukraine to train doctors in its use. The presentation was also attended by the first patient who will undergo rehabilitation with its help. Oleh, a fighter the the 28th Brigade, who was injured near Volnovakha in the Donetsk Oblast, is one of those whose recovery and return to normal life depends on rehabilitation of using this system.
Soon we will share video of the handover and the device itself in operation, and in future will keep you informed of the outcomes of rehabilitation for injured military personnel. 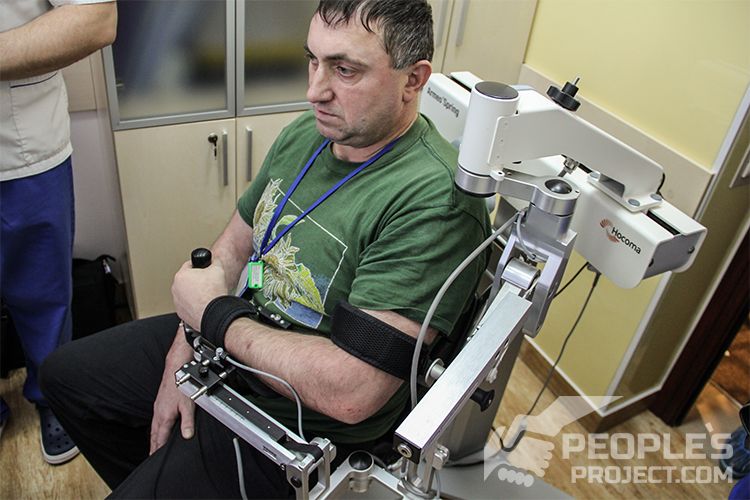 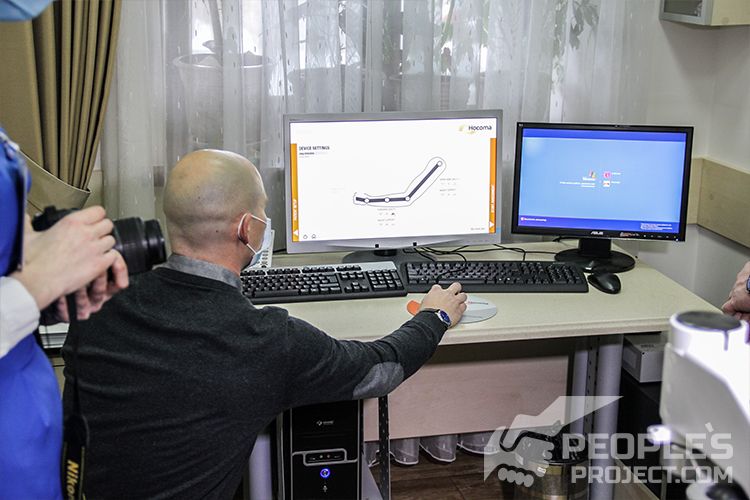 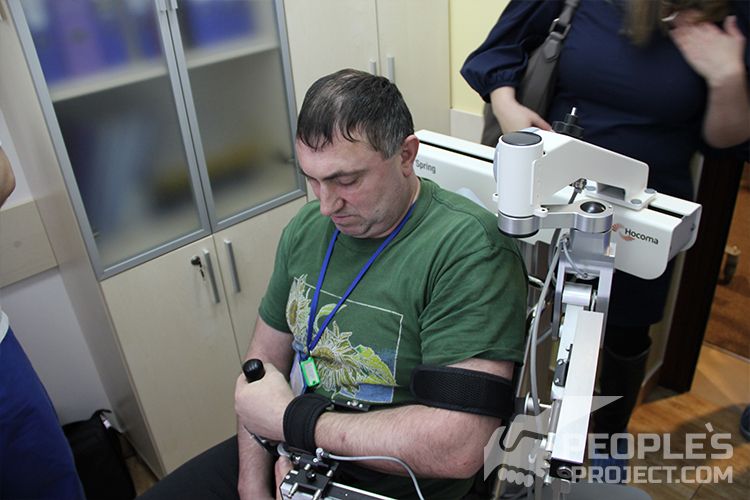