The People’s Project continues to cooperate with the Nodus Research Center for Neurorehabilitation. A few months ago, as part of the Supporting Rehabilitation Center for Wounded project, we acquired a Sonoca 185 machine for the ultrasonic cleaning of wounds. At the time of purchase, the number of patients awaiting treatment with the device was already considerable and, upon delivery, it was immediately put to use and we reported on the results.

Now, Nodus again need our help in purchasing rehabilitation equipment. The center undertakes the treatment and rehabilitation of wounded ATO fighters almost entirely at its own expense and has spent the bulk of its income. The center cannot stretch itself to find additional funds to purchase more expensive rehabilitation equipment.
The center takes on the toughest patients and helps in cases that were considered hopeless.We remind you of the story of Ilya, just one of Nodus’ great victories. Doctors do not just help fighters who have a future without movement prophesied for them – they return them to life. As a result of neurorehabilitation Ilya walks, talks, and can serve himself – something no one in traditional medical spheres thought possible. His miracle recovery is worth sharing. 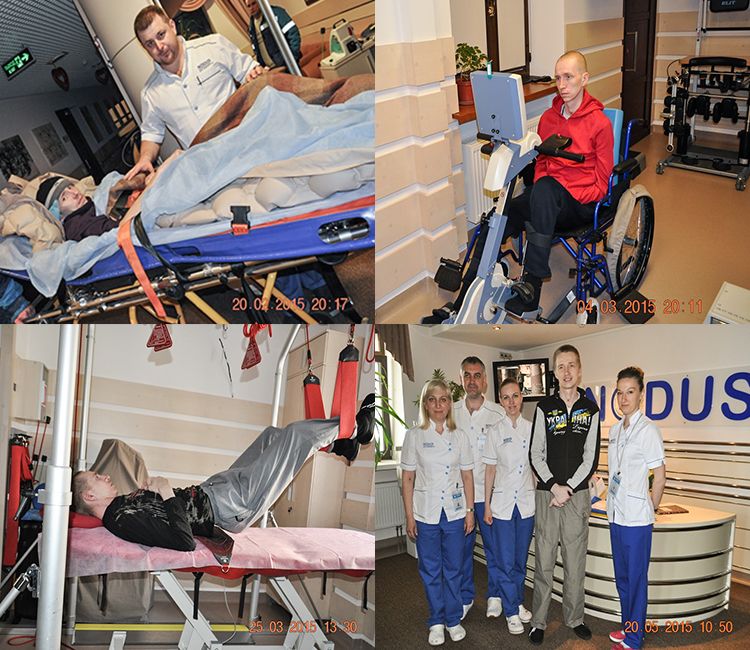 For more on Ilya’s story from the team at Nodus visit this link (in English).To see the number of Ukraine’s wounded being and how far they have check here (in Ukrainian).

This small clinic is perhaps the only place in Ukraine in which not performs surgeries on wounded fighters, but also post-operative care and specialized rehabilitation. Doctors work with the wounded to restore normal limb function, such as learning to walk again, and restore speech and fine motor skills. The future of the wounded depends on successful rehabilitation to ensure they live as full lives as possible. The inability to take care of themselves often leads to sever depression in the wounded fighters and can lead to wider issues for them and their loved ones. Thus, if physicians can help with neurorehabilitation as soon as possible a host of problems down the line can be avoided. We can not leave the doctors of Nodus, who are fighting for the future of military who sacrificed their health to protect Ukraine, without support.

When selecting from advanced rehabilitation technology the specialists at the center looked for proven clinical effectiveness and economy and settled on a robotic 3D exoskeleton system with a biological feedback function to restore arm function in paticular that of the hands. Moreover, these systems are indispensable in the therapy of prosthesis patients, as they are the most proven and useful educational and training platform for the recovery of domestic and social skills. Among the all options the device selected for the complex rehabilitation therapy for function of the upper extremities was the ArmeoSpring.

The latest 3D workspace robotic technology with feedback for functional therapy of the upper extremities. Instead of monotonous grueling sessions with physiotherapists for months, using the ArmeoSpring technology offers intensive individual sessions focused on tasks of varying complexity that motivate patients to achieve the best results. This technology improves both the concentration and coordination of the patient, and the opportunity to visually track their rehabilitation progress leads to an improvement in the self-esteem of the patient. 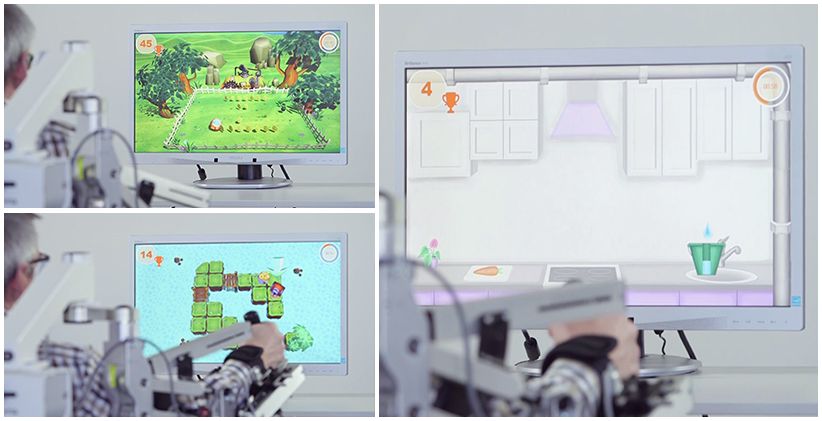 Why use this device?

Lessons on the ArmeoSpring device to be included in rehabilitation programs:
– patients with consequences of damage to the central and peripheral nervous system, manifested in motor and sensation deficit to the functions of the upper limbs;
– for targeted adaptation and testing practice when using modern bionic upper limb prosthetics.

How effective is the technology?

Compared with traditional methods of restoring deficiency in function of the arm and hand ArmeoSpring technology significantly reduces the time it takes for an individual with a high level of rehabilitation need – instead of rehabilitation lasting eight to nine months it is reduced to three to four months. Also, as shown by clinical trials conducted by its developer, Professor David Reinkensmeyer at the University of California and the Rehabilitation Institute of Chicago, using the ArmeoSpring leads to stable long-term results.

The following graphs (translated into Ukrainian) show some results of studies and surveys conducted by the Rehabilitation Institute of Chicago. The first shows evidence of prolonged stable results after using the device, the second, positive reviews from and the impressions of patients. 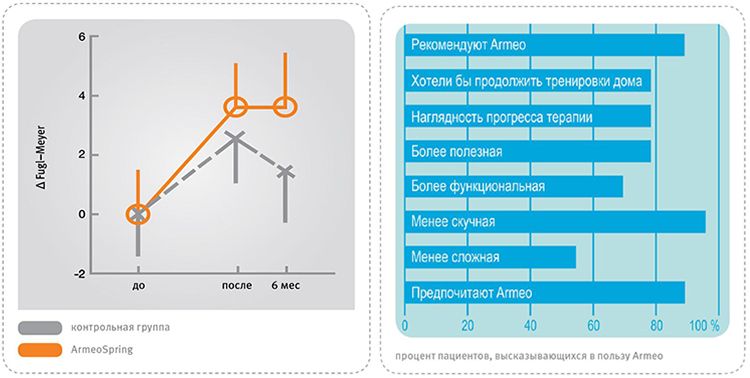 Fortunately, Nodus was offered a special discount, valid until the end of 2015. So together we should try very hard to raise the money in time. Although the unit still costs a considerable amount, it promises to radically change the lives of many of Ukraine’s military wounded wounded in ATO operations against Russian-backed forces.