Yevhen Zhuravel, fighter of the 92nd Mechanized Brigade who underwent treatment within the Biotech project, has started to walk on his own. He had got severe injury to his leg in a mortar shelling near the village of Schastia, Luhansk region, in August of 2015. For about half a year he was undergoing treatment in various hospitals, still it didn’t prove effective.

Yevhen could not move without support due to acute pain in his foot, but the only thing doctors could offer him was relieving his pain by means of taking painkillers. In search of assistance the fighter applied to the all-Ukrainian volunteer center People’s Project engaged in implementation of the Bioengineering Rehabilitation for Wounded initiative. The soldier was diagnosed with arthrosis of the talocalcaneal joint caused by explosive injury. 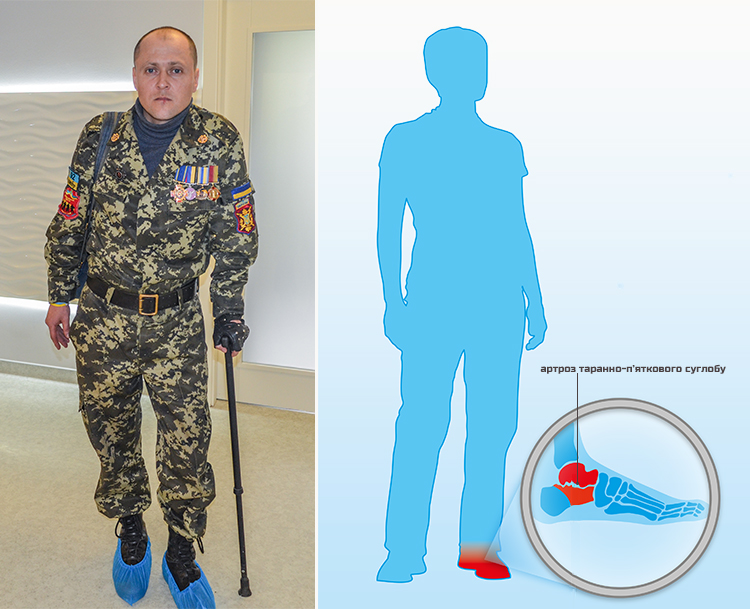 Sumy local community raised and transferred 56 607 hryvnias for Yevhen’s treatment. Almost at the same time, in October of 2017, doctors mounted the Ilizarov apparatus on the fighter’s leg – this was done to form arthrodesis of the talocalcaneal joint smashed by the injury to the foot. In three months, the joint was formed, and in February of 2018 the apparatus was removed. As the result of complex treatment, the military’s leg restored its supportive function, and the pain has gone away.

Now Yevhen can walk without any additional support, still his aim is bigger – he aspires to train the leg to the extent when he will be able to move fast and with no limping. The doctors are absolutely satisfied with the results so they cheer up their patient and urge him to proceed with training. 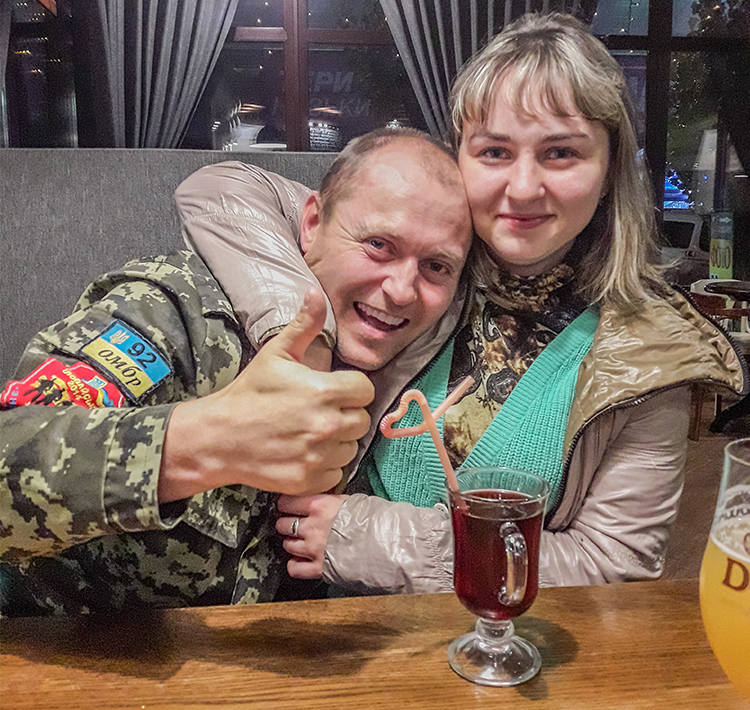 Having totally recovered, Yevhen got back to his previous job – he works as a welder, just as he used to before the war. The veteran keeps supporting his comrades who are now fighting in the Eastern Ukraine. Together with the volunteers of Sumy charitable foundation he assists in providing supplies for the military personnel of his native 92nd Mechanized Brigade and delivers the necessities to the front line.

We are sincerely grateful to everyone involved in Yevnen’s recovery. He would have never done these steps if not your support. Still there are other fighters in the Bioengineering Rehabilitation for Wounded project who also desperately need our support. We urge you not to stay aside and keep in mind that even smaller donations can form a part of a bigger sum able to save another fighter’s life.