Home/Bioengineering Rehabilitation for Wounded/Report/Four years on crutches. Veteran of the…

Four years on crutches. Veteran of the 30th Mechanized Brigade gets chances for recovery

Today Mr. Andriy, veteran of the 30th Mechanized Brigade, whose leg has been treated by doctors for the fourth year in a row, came over for a regular check-up. Due to his persistent osteomyelitis, Andriy is one of the most complicated patients of the Bioengineering Rehabilitation for Wounded project. Still at the moment, following the examinations, doctors’ forecasts sound rather comforting.

“Control x-ray scans show that forming of the bone ankyloses have been observed in the area of the ankle joint arthrodesis; the traction regenerate of the tibia has strengthened”, – the doctors of ilaya clinic informed us. 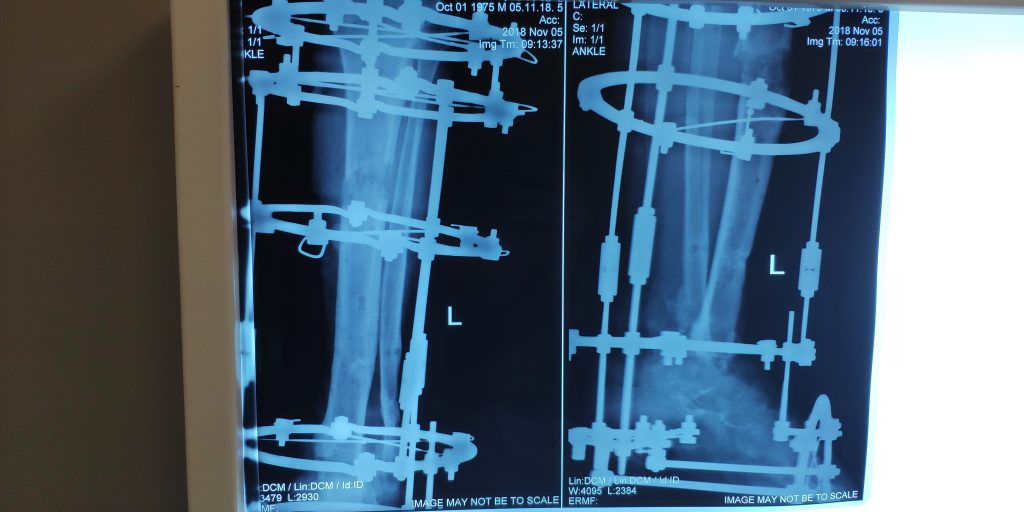 The fighter’s bone gets stronger day after day 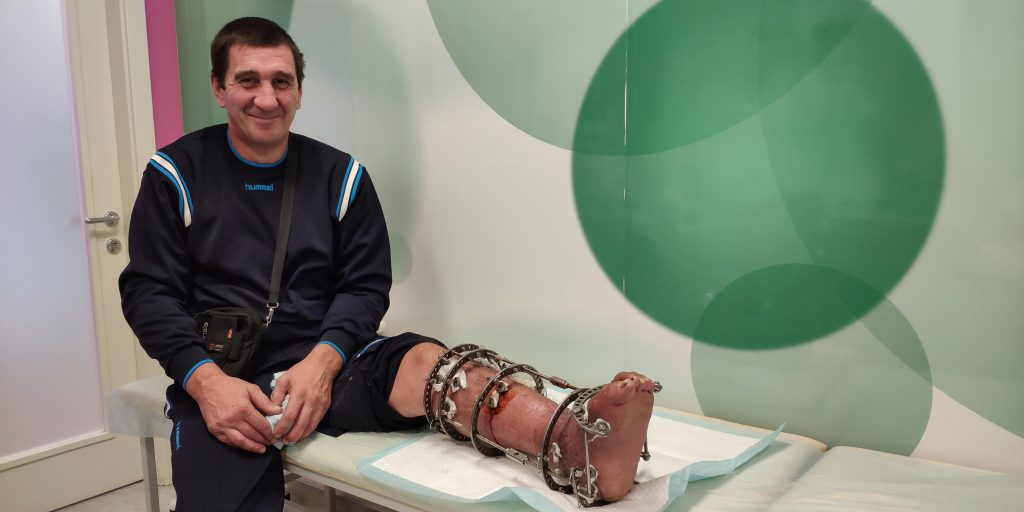 If translated into common language, this means the bone gets gradually stronger. The veteran’s next check-up is due on the 15th of December, and hopefully he will leave the clinic stripped of his cumbersome external fixation apparatus.

Mr. Andriy joined the Bioengineering Rehabilitation for Wounded project suffering from a bad complex trauma. His tibia was completely destroyed. The man had gone through the real hell of the war, the battles for Savur-Mohyla. Then enemy tanks shelled our positions at close range. Later, he had to come through multiple hospitals, countless surgeries and threat of amputation. As the head of his joint just split off, and the fracture failed to fuse up for one and a half year; besides, severe osteomyelitis persisted in his bones. 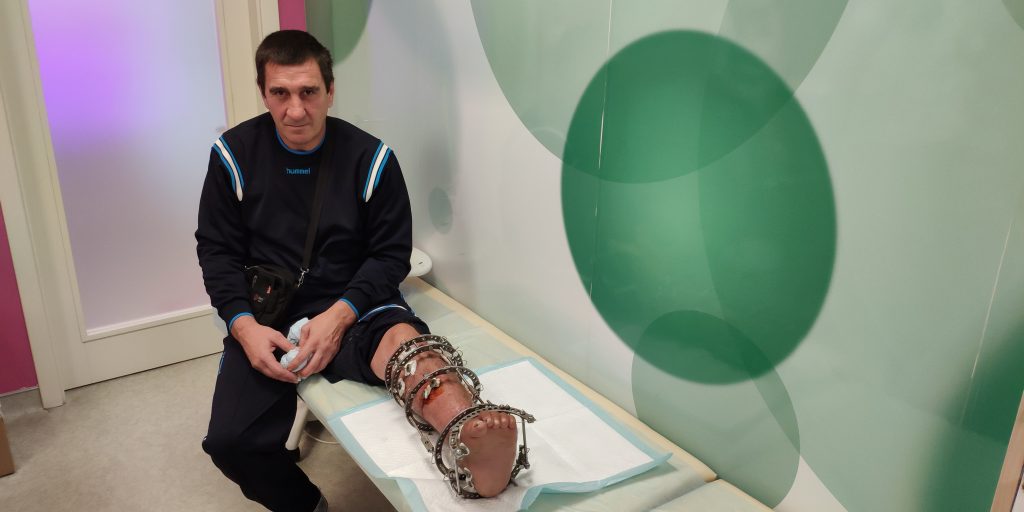 Volunteers of People’s Project decided to try saving veteran from the lifetime disability by means of application of biotechnologies. Thanks to sympathetic citizens’ donations and individual benefactors’ contribution, they managed to raise over 400 thousand hryvnias for the fighter’s treatment.

We are sure that we have to fight for the life and well-being of each fighter who sustained injuries while defending us in the forefront. They sacrifice their lives in the name of peace in our homes, so the littlest thing we can do to show our gratitude is to support them and take care of them. Thanks to your donations, we have already got hundreds of wounded fighters back to complete life! So we urge you to support the Bioengineering Rehabilitation for Wounded project and make your own contribution into our heroes’ restoration.