Today Mr. Oleh, our patient, has been hospitalized once again. It has been four years of complex treatment, operations and medical procedures, and now it has come to the final straight! Two months ago, the doctors had to remove the Ilizarov apparatus from his leg, still the procedure was postponed due to slow restoration of the crushed femur. Now the doctors made sure that the entire section of the bone needed for restoration has got renewed and strengthened. Accordingly, tomorrow all the metal structures are to be removed with following application of the gypsum plaster. Mr. Oleh will be released home where his task will be to train the leg. 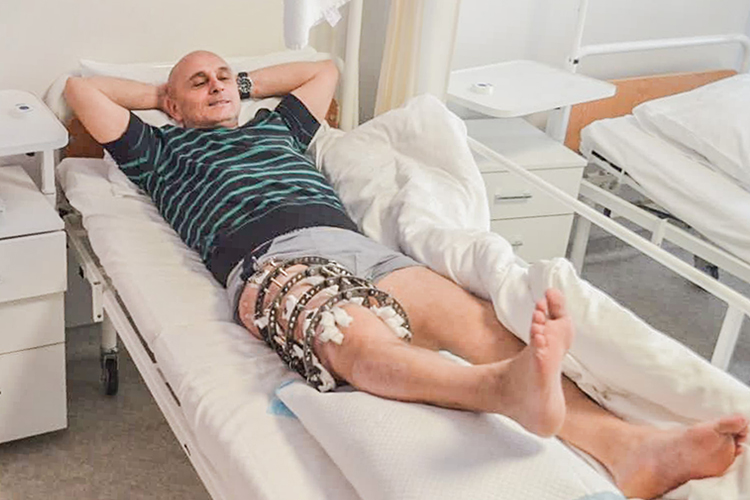 The wounded fighter of the Donbas battalion joined the Bioengineering Rehabilitation for Wounded project almost four years ago. He had got wounded while fierce fighting near Ilovaisk. An enemy sniper bullet hit him on the leg causing heavy destruction to his thigh: the 14cm of the femur got severely injured. Mr. Oleh underwent treatment in the best hospitals including foreign ones. But the biggest thing that had been achieved was transplantation of the fragment of the patient’s own bone. Unfortunately, the surgery turned out to be futile and failed to lead to recuperation.

It was the Biotech within which the best doctors took on the man’s case. 10cm of the bone defect were recompensed using cell technologies: the surgeons transplanted a special bone matrix filled with Oleh’s own cell materials, into the zone of injury; the same materials were used to fill the adjoining area. Thanks to application of these cells the bone fragment grew into the proper place easily and with no problems, with time having turned into the new bone of the monolith solidity. The rest of 4cm was to restore using traditional methods, namely by stretching the bone out by means of the Ilizarov apparatus.

Hopefully, now with his bone totally restored, our fighter will get rehabilitated soon and proceed to walking on his own legs shortly. 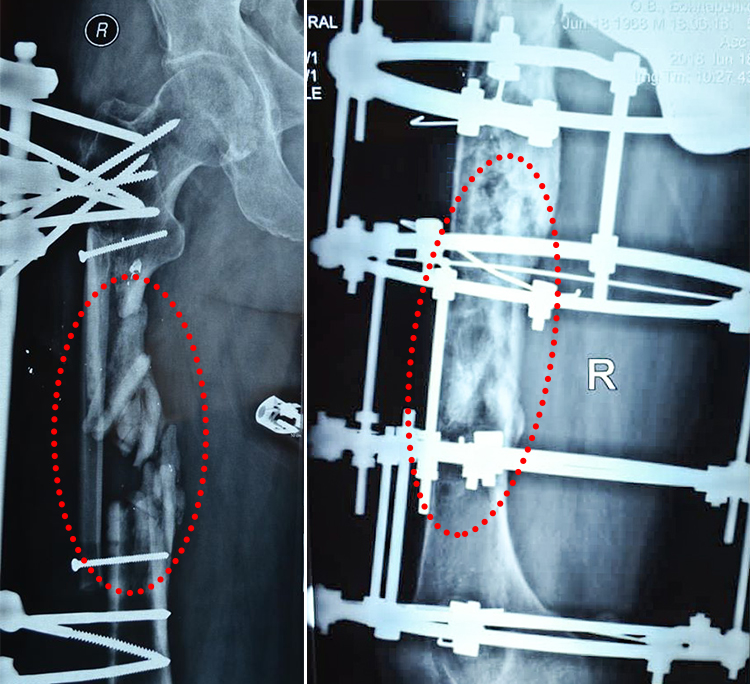 The difference between the two x-rays is obvious (left is the scan taken at the beginning of the treatment, and right is the current one)

We are sincerely grateful to everyone who supported Mr. Oleh’s recovery making it possible. It wouldn’t have been achievable if not your donations. Still there are other military in the Biotech who also need our assistance. We urge you not to stay aside and remember that even smaller contributions can form a part of the sum that will be enough to save a fighter’s life.