Within the Bioengineering Rehabilitation for Wounded project its doctors performed a surgery for AFU colonel, awardee of the Third Class Bohdan Khmelnytskyi order for his heroic service in the ATO, Volodymyr Ivanovych. The surgeons removed metal pins from the commander’s leg and took out some cells to grow up a bone out of them to restore natural length of the limb. The doctors assure that Volodymyr Ivanovych’s condition has been gradually improving, and in two months he is to undergo another surgery. The newest technologies will bring the military to his first confident steps which he has been looking forward for four years. 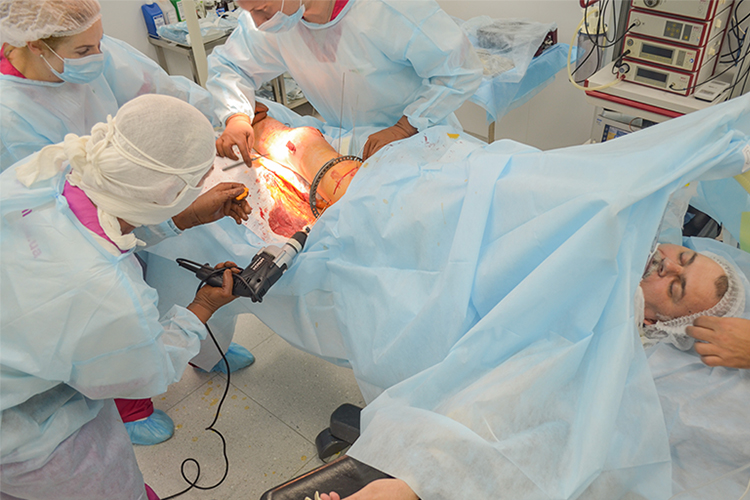 Mr. Volodymyr is a legendary person among the Ukrainian military. At the beginning of the war he was the commander of the reserve tank brigade located in the town of Bakhmut (former Artemivsk). For that time, russian militants had already occupied the town itself, still our military hold defense until the last minute. The enemy attempted to take over the unit where several hundred tanks under the Ukrainian flag were stored, a few times. On the 24th of April, 2014, the military underwent the fiercest attack ever: about a hundred of separatists together with russian career military, armed with machine guns and grenade launchers, tried to seize the military equipment stored at the base, for another time. It was only the commander’s firm order to fire back that stopped the occupiers.

A year after these violent events, Volodymyr Ivanovych’s deputy commander told that at that moment the military personnel of the base did not see another way out. The militants then gave an ultimatum that sounded absurd to a true fighter: “How can a military let down arms and withdraw from his place of service? It looks like the situation when bandits broke into your house and gave you time to leave it,” – Mykhaylo Dyachenko, the deputy commander of the unit, recollects. He tells that their military unit then remained the only spot throughout the entire Artemivsk where the Ukrainian flag was still flying over. Then the militants set up a real manhunt for Volodymyr Ivanovych. For quite a long period of time they had been plotting murder of the officer and taking over the military unit he was in charge of. Partially, they succeeded in this in July of 2014 when the commander’s vehicle got ambushed. Despite the heavy injury, he fired back to the last bullet, until the backup arrived. 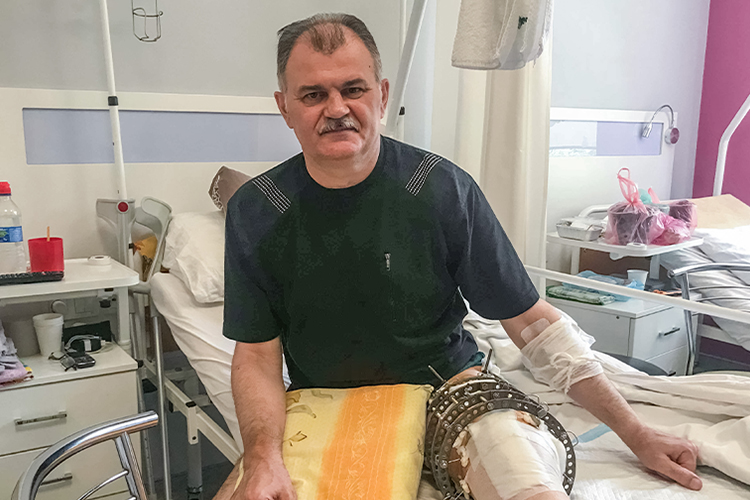 Thanks to the well-coordinated work on the part of our military, three terrorists were shot down and one captured. The wounded commander was provided first aid by the military unit’s medical staff, and when in some time his fighters broke through, they got their commander evacuated to Kharkiv military hospital. Volodymyr Ivanovych’s leg was badly crushed, so he was transferred to military hospital in Kyiv. There doctors tried to join the broken bone up by means of the external fixation apparatus. Later they decided to install an intramedullary nailing inside the bone. Overall, the officer underwent seven complex surgeries, but afterwards there emerged some serious complications. Unfortunately, despite all medics’ efforts the leg failed to fuse up; moreover, it shortened by 2cm, and a false joint got formed in the injured area.

The options offered by military medics, could not give the legendary colonel 100% chance for complete recovery. Volodymyr Ivanovych does not agree to remain disabled and retired for the rest of his life as he is going to be useful as a combat officer at war. Thanks to the all-Ukrainian volunteer center People’s Project, the veteran learnt about the newest method of treatment implying application of cell technologies. It allows fast and uncomplicated fusion and restoration of the leg’s natural length. The volunteers began to raise funds for the colonel’s treatment immediately and directed him to the clinic on the priority basis as the treatment had to start ASAP. 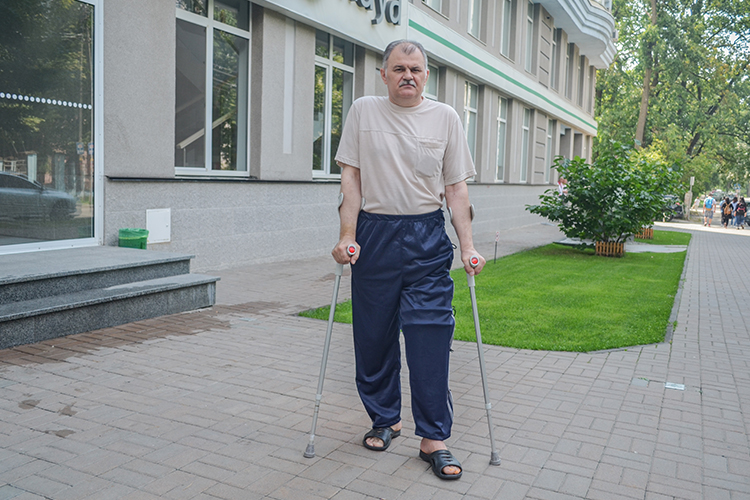 The colonel’s family as well as People’s Project volunteers are sincerely grateful to everyone involved in supporting the real war hero, the officer who kept his oath and defended Ukrainian Bakhmut. Having combined our efforts, we are able to give the chance for a complete life to many other our defenders who are still waiting for our assistance. Without it, the wounded fighters have no hope of getting back to full life with no limitations.