Dear friends, we’ve got some good news regarding Volodymyr who is undergoing treatment within the Bioengineering Rehabilitation for Wounded project. Actually, there is not that much to tell you as the process is still on, and doctors feel rather precocious about its outcome. So we are going to share the finalized report on this case accompanied with x-rays, a bit later. Still today we can confirm the fact that the man has undergone his main surgery! 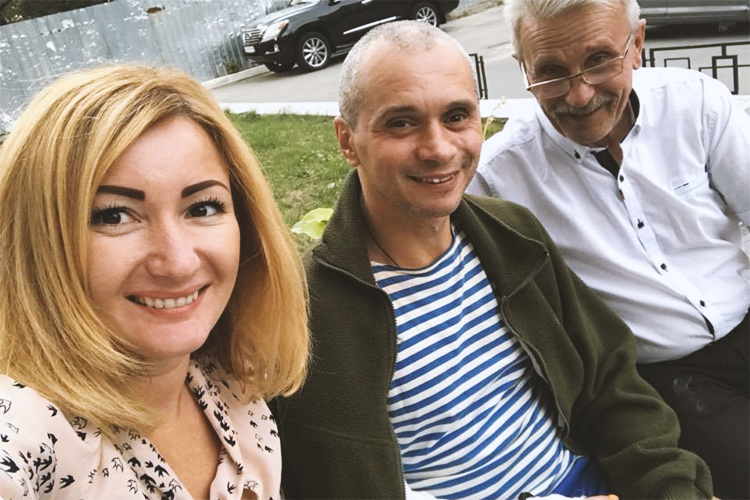 For those who has just started to follow our newsfeed: you may think there’s nothing extraordinary in Volodymyr’s case as dozens of people, in particular those wounded in the war, are undergoing their surgeries almost every day. However, you should know that Volodymyr is probably the unique medical projects’ hardest patient among those who joined it recently. 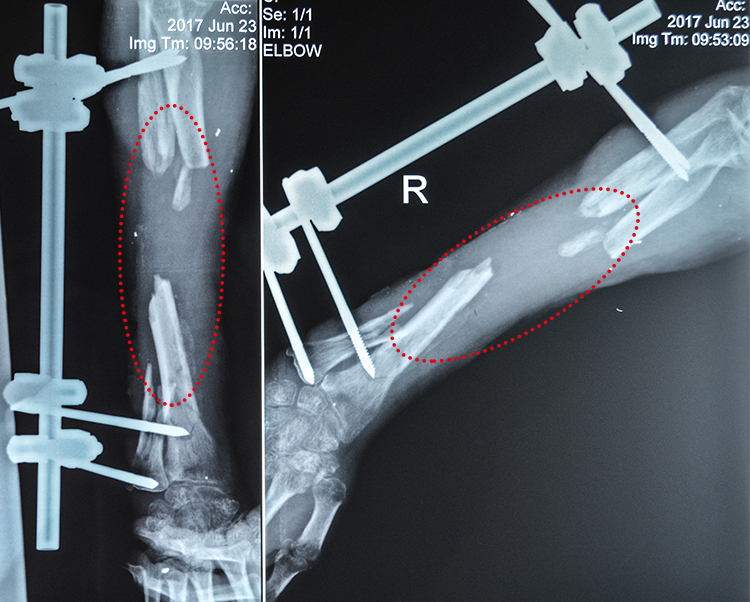 This is the bone defect our doctors are trying to recompense

The man got wounded last spring near Horlivka, when a 120mm enemy artillery mine went off right in front of the group of our fighters. Volodymyr had been severely injured; the man tried to cover his face with his arm, and the shell fragment literally tore off all the bones of the arm from wrist to elbow. Between these two parts, the bone defect, or missing bone fragment, reached more than 10cm! Surgeons had to re-assemble the remains of the arm by means of the external fixation apparatus. Unfortunately, conventional medicine is unable of compensation such a scaled defect, so doctors were not sure what should be done next. In view of their uncertainty as well as complications that followed the severest injury, the prospects of disability were acquiring more and more distinct features as time passed. 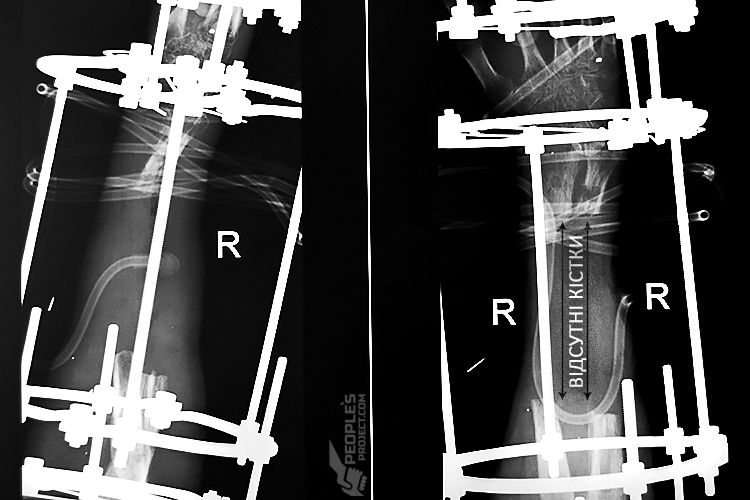 …this is what the bones looked like before the transplantation. You will see the outcome a bit later

The newest revolutionary technologies applied by the Biotech doctors, came to aid the wounded. About a year ago Volodymyr got prepared for treatment: the doctors re-adjusted the apparatus to put Volodymyr’s arm in its physiological position; the edges of the bone fragments were thoroughly cleaned and got ready for transplantation, too. Volodymyr spent a year wearing the Ilizarov apparatus, and during this period of time the Project’s team of biologists grew up two new bones out of the patient’s own cells – this guarantees complete fusion of the bone with practically no complications as well as its fast restoration. At last, the bones got into their due position: the doctors transplanted the newly cultivated bone fragments and joined Volodymyr’s wrist and elbow anew. 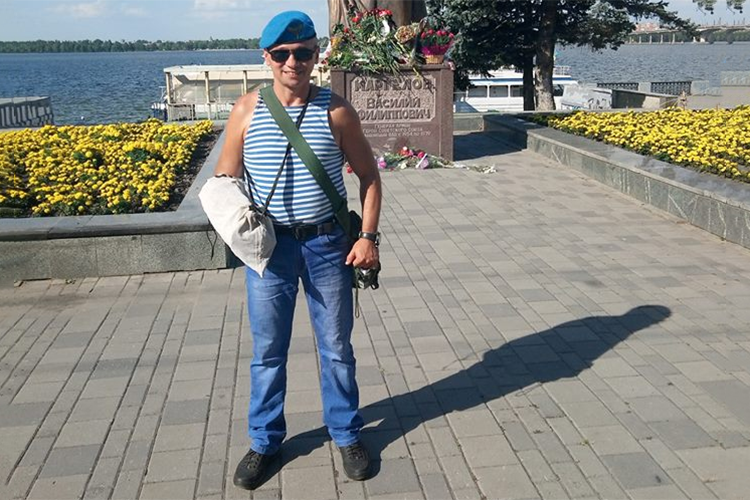 Clearly, Volodymyr will have rather a long period of recuperation ahead; it will take months of rehabilitation and exercising to get the arm back to life. To make sure the restoration goes well and the functionality of the arm gets restored, the doctors will closely monitor the whole process. An out task here lies in informing you, dear friends, of the course of treatment, for you, our contributors, to remain confident of the fact each hryvnia donated by you, has been used as intended. Still we have to point out another important detail. Apart from Volodymyr, there are more wounded fighters undergoing their treatment under the Project. And all they need our shared support. That is why we urge you not to cease your efforts and assist the injured military as much as you can: looks like there is no other way to help them get back to normal life. Please join in!