OUN volunteer who recovered thanks to the Project, is coaching future fighters

Dear friends, we proceed with informing you about the “alumni” of our Bioengineering Rehabilitation for Wounded project. Meet the OUN battalion fighter, Chevalier of the National Hero of Ukraine Order, Oleh. Today one can hardly recognize a former wounded who used to fight for his life, in this active and enthusiastic man. Still it has been less than two years since his decisive surgery. 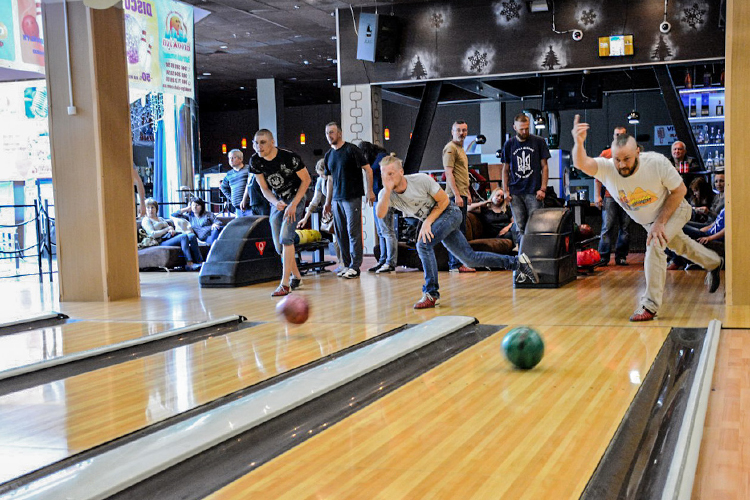 Oleh had been fighting with the volunteer battalion since August of 2014. During a mortar shelling of the notorious village of Pisky, Donetsk region, he got wounded. It happened on Oleh’s birthday, on the 11th of October, 2014. E got shrapnel injuries to his back and right arm.

The next day, in Krasnoarmiysk, medics removed the shrapnel out of his back. The arm remained injured but seemed to function almost well. Oleh decided that the wound was not that serious, and came back to the forefront. Still over time the arm got gradually worse. For about a month the guy was taking painkillers remaining in service. And only when the pain grew unbearable Oleh was talked into getting proper treatment. In December of 2015 in a hospital the doctors performed arthroscopy and installed arthroscopy anchors. Unfortunately, the surgery did not really work. The range of motion remained limited, and dislocations happened quite regularly. 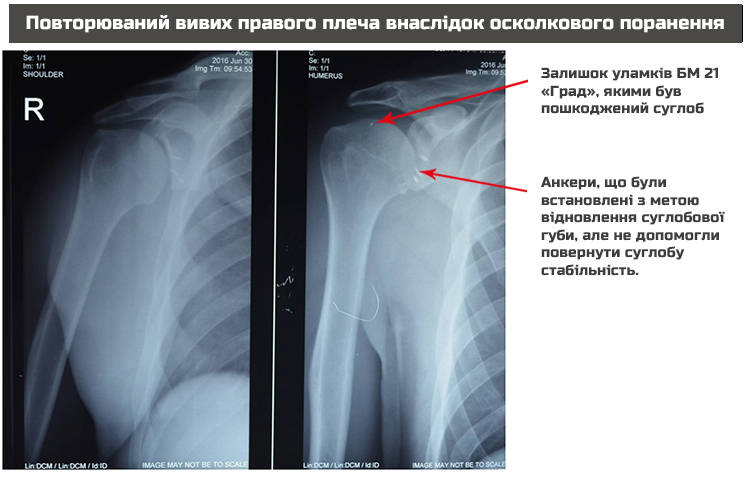 Oleh was looking for an appropriate solution to his situation, which he found when applied to our Biotech project following the advice of Irina Kurylenko, a volunteer. In August of 2016 the doctors performed the Bristow procedure aimed to remove the conventional dislocation of the shoulder. In November of the same year, a few months later, Oleh was able to actively load the restored arm. It rebuilt its natural motion range, and the limitations Oleh experienced before the surgery, were left behind. 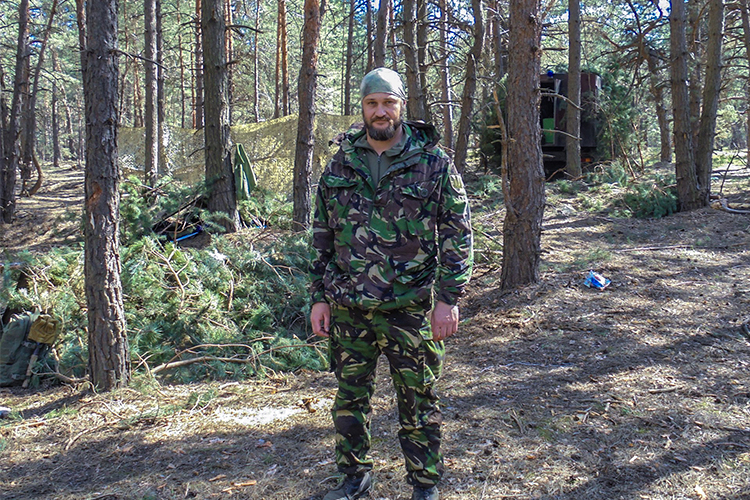 Oleh has been back to normal life for quite a long period of time; he travels a lot which makes it difficult to get hold of him. He visits various patriotic events and concerts; also, he is engaged in public activities. The arm doesn’t bother Oleh anymore – on the contrary, the guy never cuts it any slack training it all the time. Despite the shoulder injury he experienced, Oleh scores 11 in chin-ups and is going to improve the result.

At the moment, Oleh is near Bila Tserkva where he works at the Center for military and patriotic training titled Kaskad-15. His task is to train volunteers for active participation in the defense of Ukraine – thankfully our hero possesses all necessary skills and massive combat experience he gained while going through many hot spots of the war in the East. Luckily, today Oleh feels quite well to accomplish all the tasks his ardent patriotic soul inspires him for. 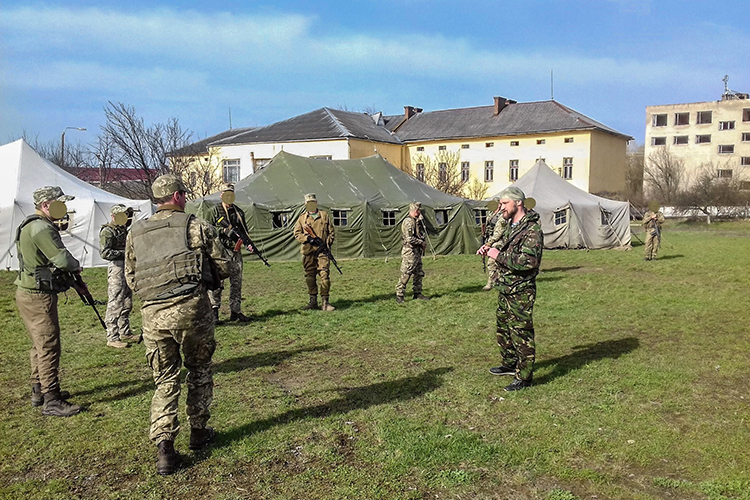 In our turn, we would like to thank all those engaged in supporting Oleh. Together with you we saved the defender of Ukraine from lifetime maim, still Oleh was not the last fighter who needed our help. At the moment, our Project carries out treatment of other military wounded in the East. All of them got injured while defending our peaceful life, so now it is our turn to take care of them.