Dear friends, we’ve got some comforting news for you. Vasyl Slipak’s killer has been shot down. According to recent open source data, terrorist Yefremenko, nicknamed Moriachok, has been neutralized near Mariinka a few days ago. He is a citizen of Ukraine, a traitor who had joined Kremlin mercenaries at the very start of the war, whose photo we are not even going to place here.

His antagonist Vasyl Slipak is Ukraine’s genuine legend, a world-renowned opera singer, a soloist of Paris Opera. We wrote about him in detail here. As the war flared up, he got engaged into volunteer activities: he supported families of Ukrainian military men and organized lots of cultural and artistic charity events. 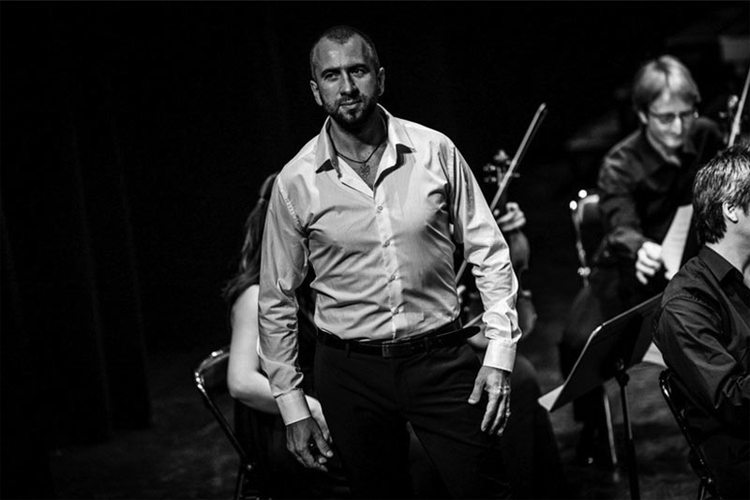 Soon, the man could not resist his ardent heart’s call any more. He left France and came back to Ukraine where volunteered to the forefront. He fought in Pisky, in Donetsk airport vicinity; later participated in the battles for Avdiivka and Vodiane; took part in defense of Mariupol. Vasyl was killed in June of 2016 near Debaltseve: during the attack led by Russian terrorists, Vasyl backed his comrades as a machine gun operator. A sniper bullet hit him in the chest. A living legend, Ukraine’s defender Vasyl Slipak died immediately on the spot.

In a little while after Slipak’s murder, a sniper of terrorists who introduced himself as “Moriachok”, in an interview given to a Russian TV channel, told about the details of that battle and Vasyl Slipak’s murder. It was this talkative terrorist who has been buried yesterday, on the 11th of December. Unfortunately, this cannot bring the legendary Ukrainian back to life, still the news sounds satisfying, as the evil has been avenged.

Despite all this, may we remind you that the occupied lands of Ukrainian Donbas and Crimea have still been stomped by other Russian killers and their henchmen whose hands are stained with blood of Ukrainian defenders and peaceful citizens. Often, resurgence of justice lies on shoulders of Ukrainian snipers. That’s why we, the People’s Project volunteer center, have been actively supporting our sniper units who are working along the contact line and busy delivering terrorists right to the hell where they truly belong. At the moment, we are raising funds to purchase silencers and weather stations for one of such units. That’s why we request your assistance once again. Dear friends, please don’t hesitate to participate in the I Am Sniper project, as your donations mean new gear that will help our snipers to destroy the enemy. The war is still raging, and our opponents are not going to kill themselves on their own.