Last week, National Guard officer Roman underwent surgery to restore soft tissue in the area of ​​the upper third of the left tibia. Now Roman is recovering from the surgery.
We remind you we reported good results in the restoration of Roman’s tibia defect some four months after primary surgery.
Roman’s diagnosis – As a consequence of an explosive shrapnel wound to his left he was left with loss of soft tissue and partial loss of his shin bone. Many medical professionals were skeptics and had argued the fighter’s knee joint was permanently damaged with loss of function. However doctors at iLaya have made every effort possible to save the soldier from disability.
Roman’s treatment started late last year. Since then, he has undergone sampling of cellular material and more complex operations – to remove part of gangrenous bone and preparation and application of stem cell technology. The main operation was performed on Roman on April 1.
Roman’s medical history can be viewed at this link. 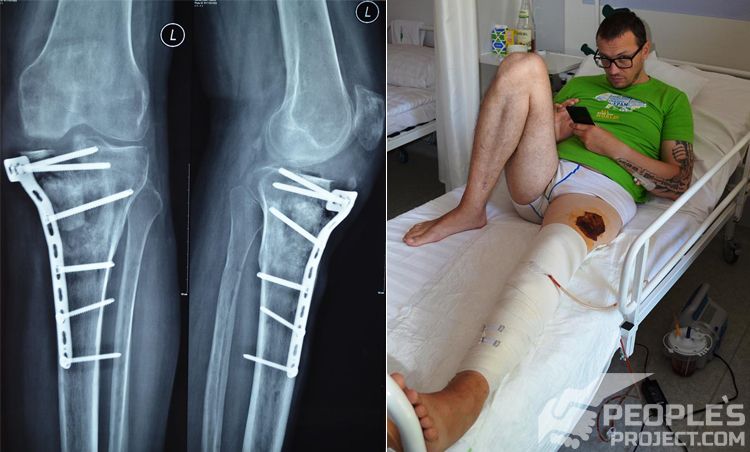 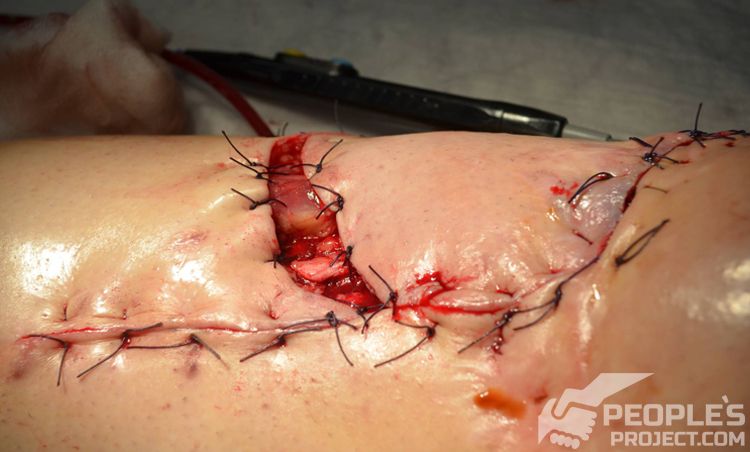