Home/Bioengineering Rehabilitation for Wounded/Report/Soon, he will forget about the crutches!…

Soon, he will forget about the crutches! How biotechnologies saved the injured hip

Look who came over to see us! Only a year ago Ihor was not sure how long it would take to save his injured leg. Actually, he was not even sure whether he would be able to walk again! Today he arrived in the clinic just for another check-up. And left the hospital satisfied by the results!

The bone is getting stronger – the restoration goes right. The main surgeon of the Project, Volodymyr Oksymets, examined the latest x-rays and allowed the guy to increase workload on the injured leg. So Ihor is going to walk supported by two canes so far. Still, the localization of his wound implies that he should treat it with due cautiousness and avoid hasty overload.

Ihor came over to the hospital ward to support the fighters who are getting their treatment and need our assistance right at the moment: these are Petro whose heel bone is now being grown up, and Vitaly with his both legs being restored

Ihor got heavily wounded yet in August, 2014. His unit formed of 24 fighters of the 28th Mechanized Brigade, had got ambushed and fired at. Only six Ukrainian soldiers were lucky to survive in that battle… Ihor got hit by an enemy bullet that injured his hip and left him immovable. Let us remind you that the guy joined the Biotech project about a year ago, and for that time he got totally exhausted by persisting severe pain. Initial examination revealed that the complicated shotgun fracture did not fuse up, the hip bone shortened by 5 centimeters, and the screws that fixed a giant metal pin inside the broken bone, gone totally broken. During his second visit to the clinic it came clear that the pin itself gone destroyed as a result of ordinary walking with crutches! 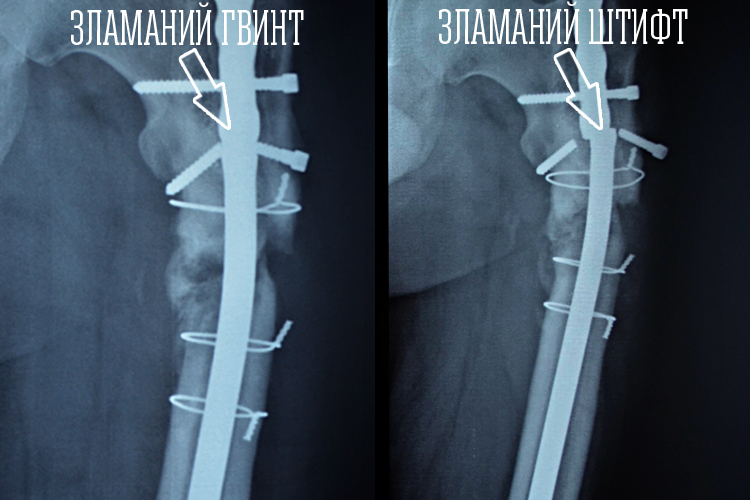 Ihor’s first x-rays: first, the screw was broken, and later the metal pin cracked as well 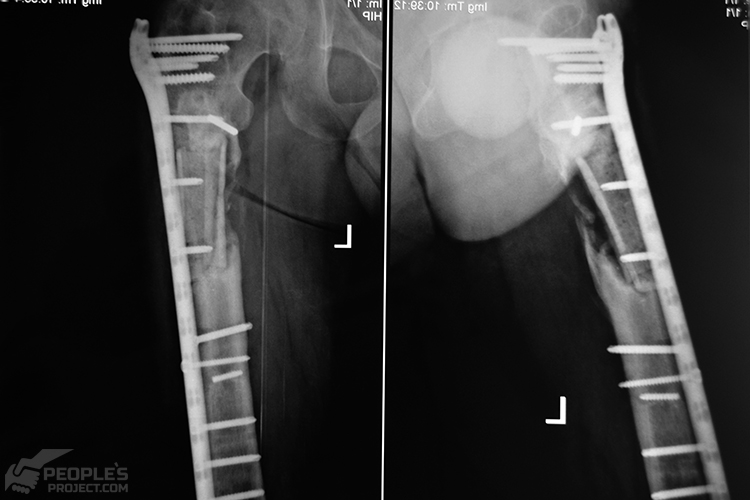 See the difference! A new bone grown up out of the guy’s own cells, is getting solider and adds new cells around it

Thanks to application of bioengineering technologies and skills of the Biotech project’s doctors, as well as to your benevolent support and trust, Ihor is now able to walk quite fast; feeling happy, he smiles to the spring’s first sunny days. It seems his hopes for a full life are going to get rewarded pretty soon. 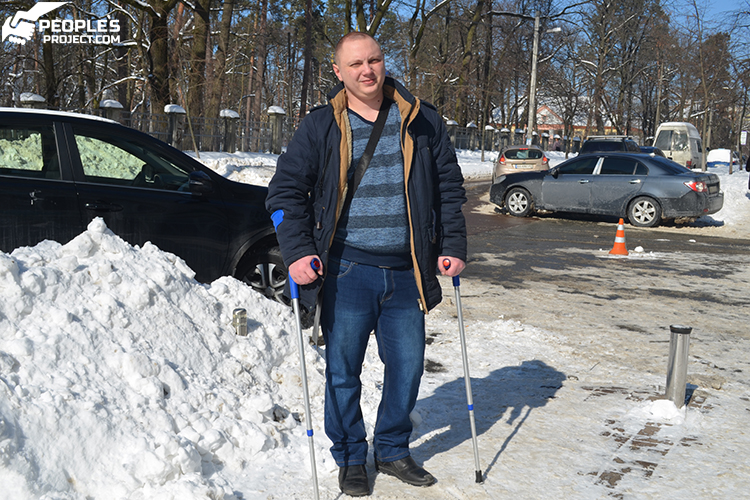 We, the volunteers of People’s Project, have paid for the full course of Ihor’s treatment thanks to your assistance solely. Some donated just 10 hryvnias, other contributed thousands of hryvnias – in this very way, adding sums step by step, we managed to raise a substantial amount. Thank you all, dear friends; we urge you not to leave the defenders that still need treatment within the Bioengineering Rehabilitation for Wounded project, alone with their trouble. The did not hesitate to sacrifice the worthiest thing they had, their health and well-being, while defending us and our homeland, so they justly deserve to get back to complete happy life!