Dear friends, may we present you a fragment of the legendary Marines‘ history. These guys serve in the Ukrainian Naval Infantry’s division, and it is their activities that we, the volunteers of People’s Project, inform you about the most often. Moreover, we publish their stories told in the first person: the text you will find below was likewise written in a dugout somewhere in the forefront.

It all started more than two years ago, when… 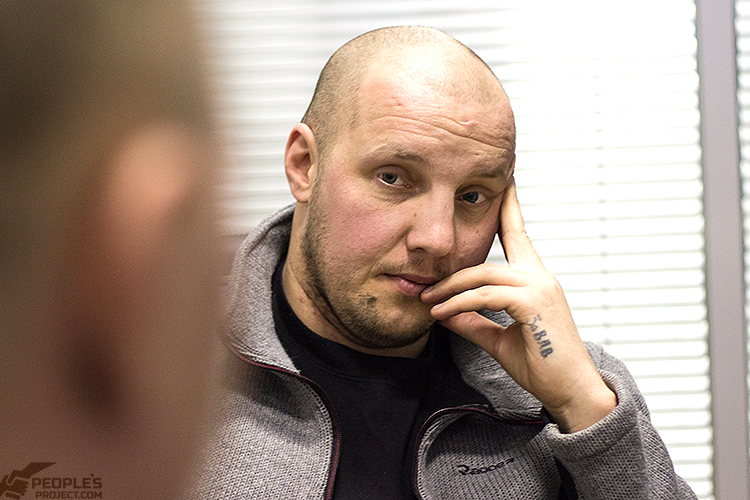 The commander of the 503rd Battalion Vadym Sukharevskyi. By the way, he has become the legend not only among the Marines’ but in Airborne Forces as well

Let us start from the following: it all began when volunteers brought us about a dozen original t-shirts with a badger print on the sleeve and an inscription on the back that said: “The Naval Infantry of Ukraine. The Badgers”. Because at that time, the renowned Vadym Sukharevskyi, callsign Borsuk (Badger), has been appointed the commander of our newly formed Naval Infantry battalion of the Marine Corps of the AFU, reborn at the very beginning of this unannounced war. 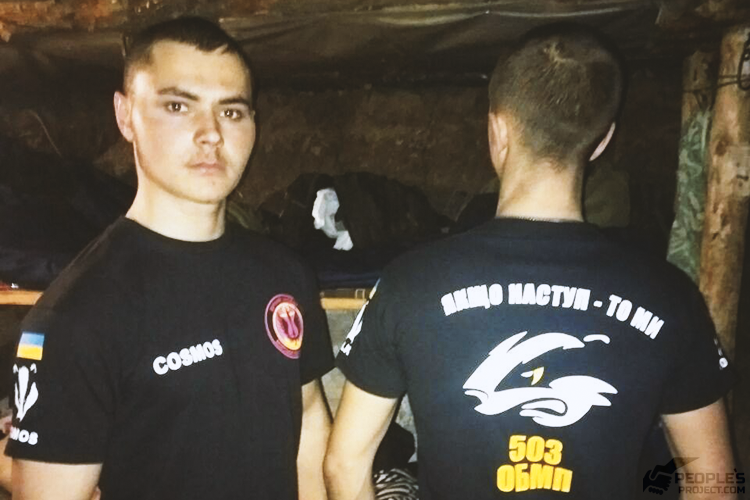 If an assault has been planned – they are in. Still, if there is a need for defense of a strategic direction – they are involved as well

Historically, those first designer t-shirts with a tiny tough black-and-white animal on the shoulder became a real thing in our battalion’ unofficial outfit and gained much popularity among the military despite the variety of other ATO supplies. 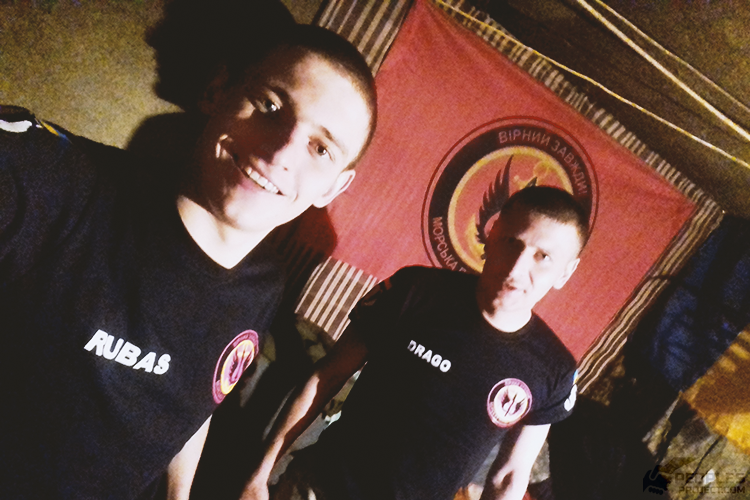 The best are serving here

Over time, our unit’s number has undergone several changes: we used to be just a naval infantry battalion, then the 701st and 500th one, and eventually we became the 503rd Naval Infantry Battalion. Time flies, and now even the “mobies” called up within the 5th and 6th waves of mobilization, have successfully retired. They left lots of memories behind them, sometimes good and sometimes boring. Unfortunately, in all this time we buried twelve our comrades… 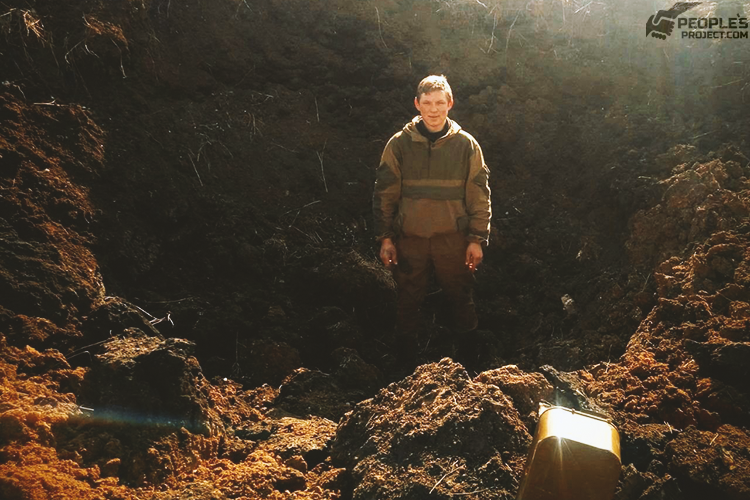 This is not a micromarine – it is because the crater is huge. In this war, the Marines have habitually been a primary target for the enemy’s largest calibers

Still, the principal things remain unchanged: this is our legendary commander, callsign Borsuk, and those tough black-and-white animals on our t-shirts as a sign of belonging to real military “Clan of Badgers”. Today everyone knows that to be a “badger” among the Marines is not just cool – it is an honor. Because our Borsuk is well known and respected among all troops starting from the brigade’s deputy commander to the battalion’s junior crewman. He is a person to follow to the ends of the earth; a commander to look up to; a military to be proud of… Needless to say, many of those who are signing their contract, ask to be assigned to serve in his battalion! 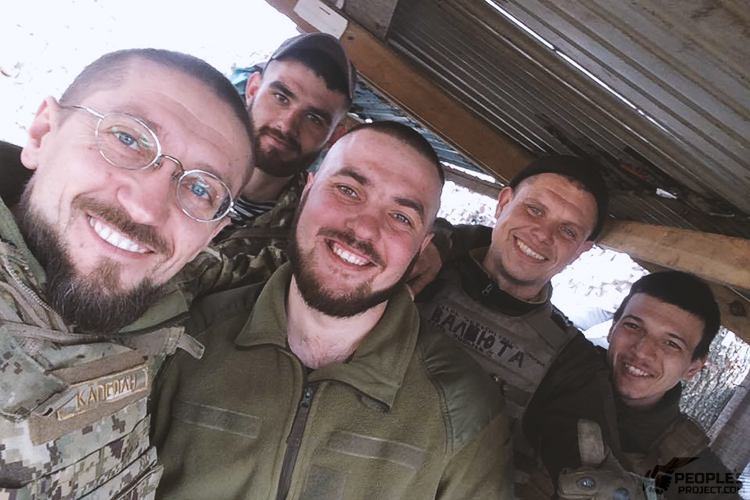 At the Marines’ service, there is not only a legendary commander but also a renowned chaplain, reverend Andriy Zelinskyi

“Of course you are lucky! You are cool because you are the Badgers,” – a celebrated author and a former paramedic Gorkiy Luk once said during the conversation with our guys. We agree that we are lucky to belong to the Budgers! All together and individually, one for all, all for one; Semper Fi. Wearing our black berets and black t-shirts with a laconic sign depicting a tiny brave animal that knows neither obstacles nor smarter opponents, nor fear in his way to the Goal. 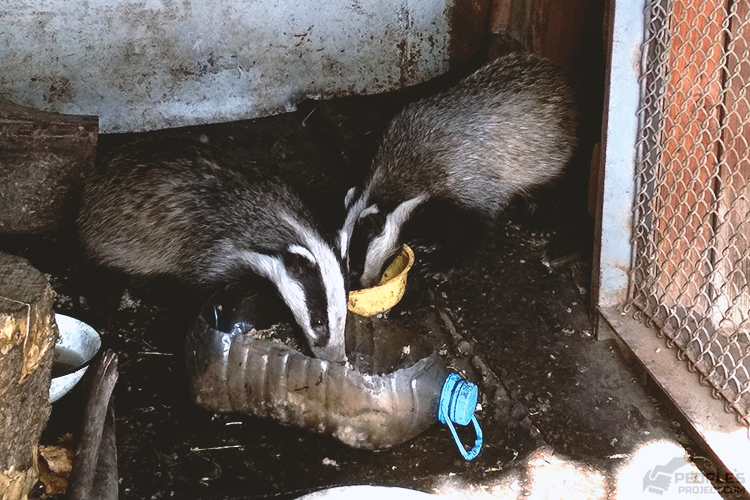 Can you imagine the Badgers without their mascot? These lovely animals were presented to the Marines by volunteers from Zaporizhzhia

Now we ourselves participate in the discussion as regards size and localization of a badger’s stylized image on the Marines’ outfit. Since being a badger is not only an honor and fun, but truly cool as well! 🙂

When somebody somewhere says that the Badgers are really cool, we immediately agree with that reasonable person. Indeed, the Vadym Sukharevskyi’s unit as well as each marine individually, make a powerful combat force that has become quite recognized during the war. We urge you to support the guys and the girls’ effective military service by participating in the purchase of the unique equipment they need. Right at the moment within the initiative titled Mariupol Defenders, the People’s Project volunteer center is raising funds for a thermal imaging camera that is to be mounted on the reconnaissance UAV PC-1 that we sent to the Marines some time ago. This “thermal head” will allow the Marines’ scouts to efficiently eliminate the enemy day and night as well as protect their lives in dangerous environment. Don’t hesitate to join in – the bigger part of the amount has been already raised!