The Kyivrada “Bermuda Triangle”, or the “Office 219” phenomenon

Dear friends, as promised, we are beginning to publish a series of short stories describing how “easily” the ATO participants can file their applications for acquiring a plot of land. Below you can read the story told by a lawyer who has been engaged in the process for several years, assisting the ATO veterans in their struggle against the city bureaucrats.

The procedure of acquiring the legally guaranteed land by the participants of the ATO is being clearly regulated by the corresponding order issued by Kyivrada on the allocation (acquiring) of land plots. It reads that the first step that the ATO veteran willing to get some land should take, is filing of an application for obtaining a specified plot accompanied by the following documents: a copy of his or her passport and ITN (individual tax number), a combatant identification card and a map.

All these papers must be filed to the Kyivrada (Kyiv City Council). According to the corresponding Order, the application can be filed not just to Kyivrada, but in its “particular” office. Still, here is the trick lies: this office possesses mneither a separate office, nor at least a plain table! So this office is located… in the next building, the same with the Kyivzem department, bearing the number 219.

You may think, what’s the big deal about it? Still this detail has resulted for us specifically in at least a month’s delay. Besides, this took us a lot of additional work to do.

Let me explain this in detail. The Kyivrada’s address is 36, Khreshchatyk Street, while the Kyivzem’s number of building is 32, letter “A”. This is where the mess starts. The activists like us are usually working with large ATO veterans’ groups. Not to mention the difficulties with finding the right physical location of Kyivzem the very office 219 lost amidst lots of other buildings with slightly improper numeration. Besides, not all the veterans can visit the office personally, as the law strictly obliges. So the veterans’ personal appearance is our weak point. Many of them are still fighting in the forefront; the other are undergoing treatment or rehabilitation in hospitals and have difficulties in their moving about. Many work day and night to earn their families’ living, having no possibility to wait in the bureaucratic corridors for hours in their working time. 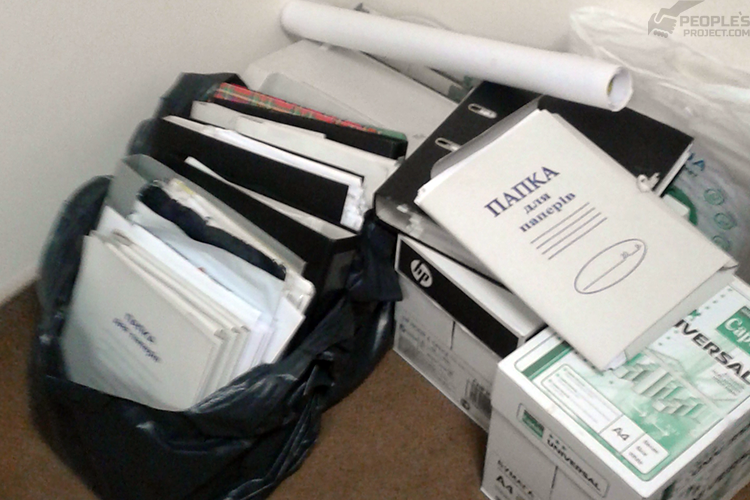 Before, we used to accumulate the entire package of documents from all the participants of the case, checked their accuracy and corrected mistakes or omissions if it was necessary. Then the fighters signed all the papers and the activists went to file all these papers to the office in person or just sent them by post to the Kyivrada’s address. This is where the “Bermuda Triangle” occurred: the Kyivrada was specified as the recipient still the address belonged to the Kyivzem. So where should the papers be sent to?

The first sets of documents we used to direct there, got just sent back before resolution as “wrongly submitted” ones. When we grew cleverer and started to indicate the right address, 32 A, Khreshchatyk, specifying the Kyivrada as a recipient, they invented new ways of rejecting our applications, so we got to fight for justice again and again. The issue may seem insignificant, still this tiny trick invented by the bureaucrats brought much harm to our work. Preparation of new “correct” papers and filing them “in a proper way” cost us weeks of wasted time! 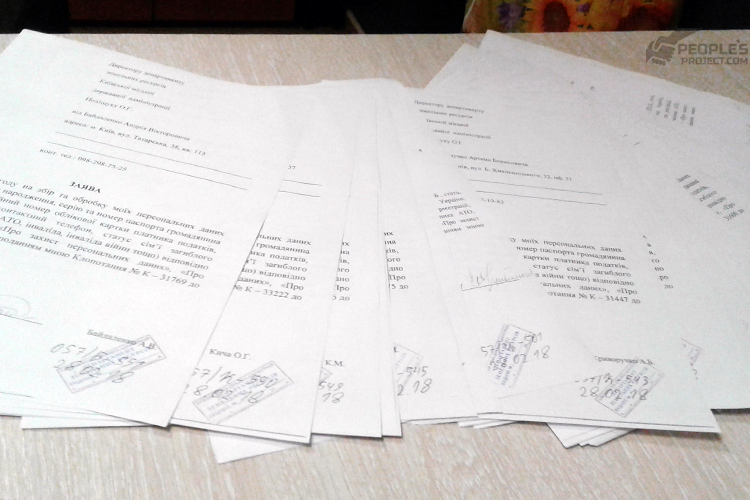 It took us plenty of time to figure out how we should oppose their tactics. We repeatedly tried to succeed, then deliberated, then had brainstorming sessions, – admittedly, we had lots of trouble with this matter. Still, just to think that we are professionals possessing legal literacy and considerable experience in countering bureaucracy, and what can ordinary fighters do in this situation? Lots of them have already abandoned their struggle against the administrative machine, having failed to distinguish the Kyivrada from Goebbels.

And this is just the beginning. Later, we are going to tell you about more pitfalls and hidden traps we faced: how we ourselves “forbid” the officials to proceed our papers; how the Kyivzem officials cheat on maps “incidentally” placing the plots’ boundaries on top of one another, and other cunning performed by bureaucrats.

Dear friends, we are urging you not only to read the captivating stories about the veterans’ adventures in the bowels of a bureaucratic Leviathans but actively participate the Legal Aid project, within which People’s Project is raising Funds to sponsor the work of the lawyer defending the ATO veterans’ rights as regards land issues. Together we can assist our veterans on obtaining the land guaranteed by the state and the law. They are defending us against aggressor, so let us help them in defending their rights, in gratitude!