The volunteers here at The People’s Project take great care in ensuring the comfort of our wards. For more than a year now we’ve been helping the military and in that time have come to know what is and isn’t important. Mykolaiv’s 79th Brigade was the first among military formations we provided help to. Now there are units in the Brigade almost fully-equipped through the efforts of People’s Project volunteers along with the help and support of donors. We continue that support now, and into the future.
Pavlo Chayka’s unit is among those we are trying to help as much as we can. We recently congratulated Pavlo after was named a full knight of the Ukrainian Order “For Courage”, at the relatively young age of 26. He heads a platoon of the 79th brigade and together with his brothers in arms he has already passed many combat challenges. They defended Donetsk Airport, broke through being surrounded near Marinka and even took a trophy KamAZ with them, before joining the fight for Debaltseve. When you learn of their courage under fire and all the challenges they have overcome, helping make their service a little more comfortable is the least we can do to pay our gratitude.
Temperatures are on the rise now and providing warm gear and heating is becoming less pressing. Instead, the time has come to make sure the soldiers are as comfortable as possible under the heat of the coming summer sun. In summer, wearing body armor becomes a struggle. It causes chafing, the seams of the T-shirts worn under the armor presses into the skint, without normal air circulation under body armor the body overheats. For this unit of 79th Brigade we have acquired tactical shirts. This special military clothing is made to meet all the needs of the military. Part of the shirt that sits under under the vests as well as the underarm area is made with a special light fabric that allow for the body to breathe and prevent overheating. All seams are flat, there is protection for the neck and handy pockets. There are slots for special protective inserts for the elbows. We have previously delivered these shirts to other units and all were very satisfied with how the shirts performed. In addition to the shirts, we have also delivered mats to sit on. 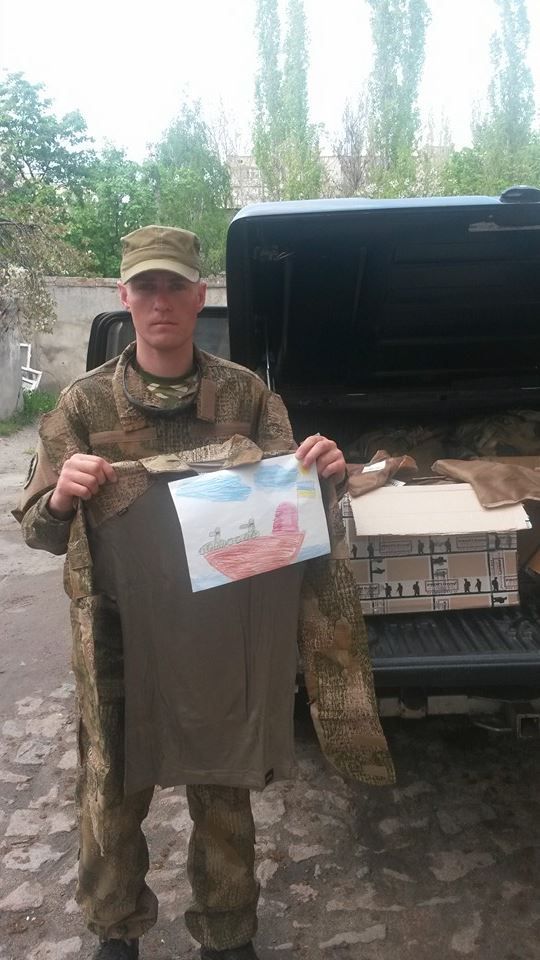 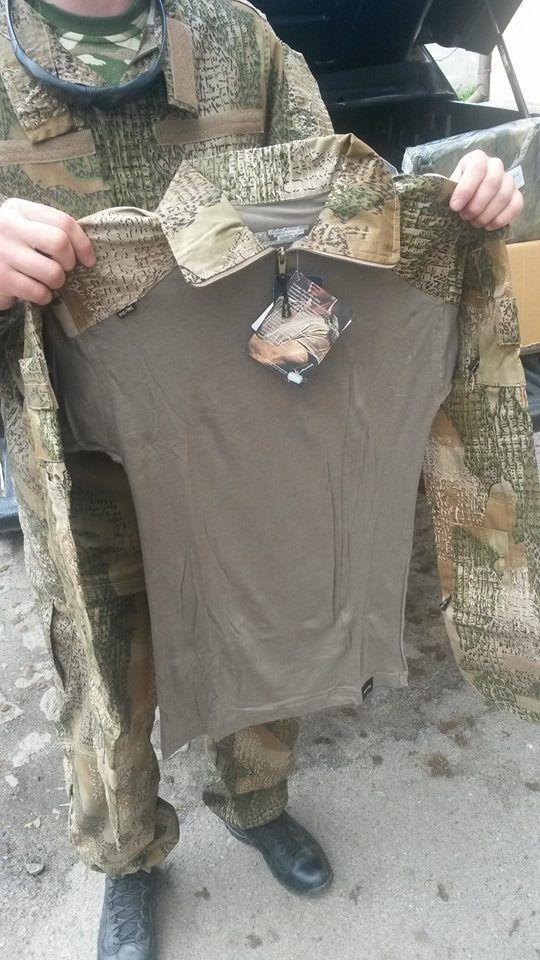 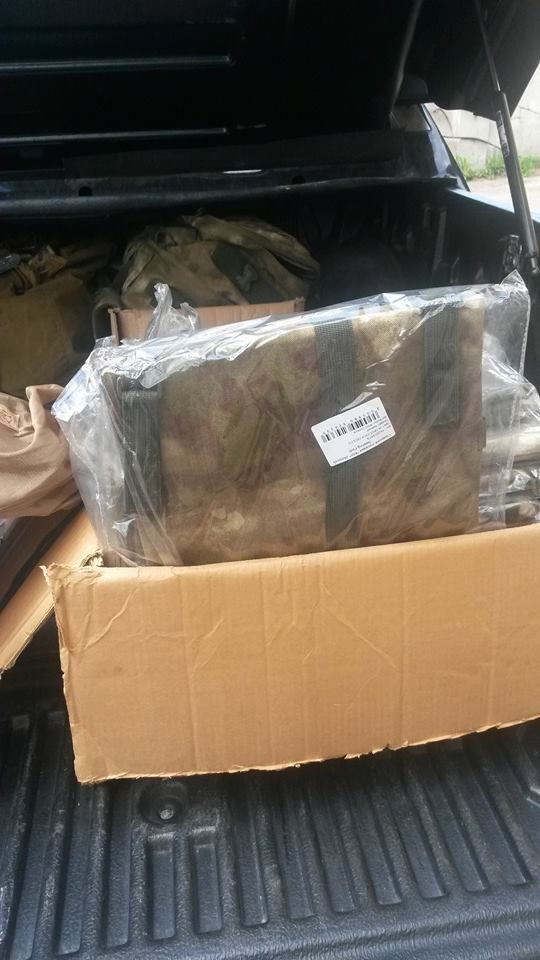