Doctors at the Nodus clinic have already sent us their first report detailing results from the use of the newly delivered Sonoca 185 apparatus that demonstrate how much it was really needed. At the rehabilitation center the device is already being used extensively – as soon as it was delivered doctors immediately began treatment. One of the first to receive treatment is the volunteer Roman, a man who desperately it. His story is remarkable, he miraculously survived but still has a long and difficult path to recovery. Many doctors refused to treat Roman believing his case to be hopeless, however the Nodus rehabilitation center has given him hope of a more positive outcome.

Roman entered the specialized rehabilitation treatment program with extremely serious brain damage as a result of gunshot-trauma, which led to the development of a vegetative state in the patient. Aside from his severe neurological disorder Roman’s condition has led to distinct neurotrophic changes in the tissues of his body that, against a backdrop of prolonged inactivity (absence of voluntary motor activity), led to the development of six-venous wounds (pressure ulcers), especially in the feet. The depth these wounds and scale of tissue destruction was at an extreme level of progression and therefore were difficult to correct, even using modern treatments such as NPWT (negative pressure wound therapy), this is not to mention the amount of necrotic infection the patient suffered.
Doctors managed to cope with four wounds, but two were resistant to treatment. The wounds were barely curable with multi-resistant infection and sharply reduced trophic processes, depleted by a prolonged inflammatory response and lower local blood flow. Treatment until now never had the opportunity to radically clean to the bottom edges of these wounds. However, the Sonoca 185 is at the leading edge of the latest technology in therapeutic ultrasonic cavitation. Just one procedure managed to completely change the dynamic course of wound healing, the following day after initial treatment and the now clean wounds are healing and that can now be greatly accelerated using other methods and technology.

We wish Roman and all other patients at the center strength and to make rapid recoveries, and once again we thank all those who made the purchase of the device possible. 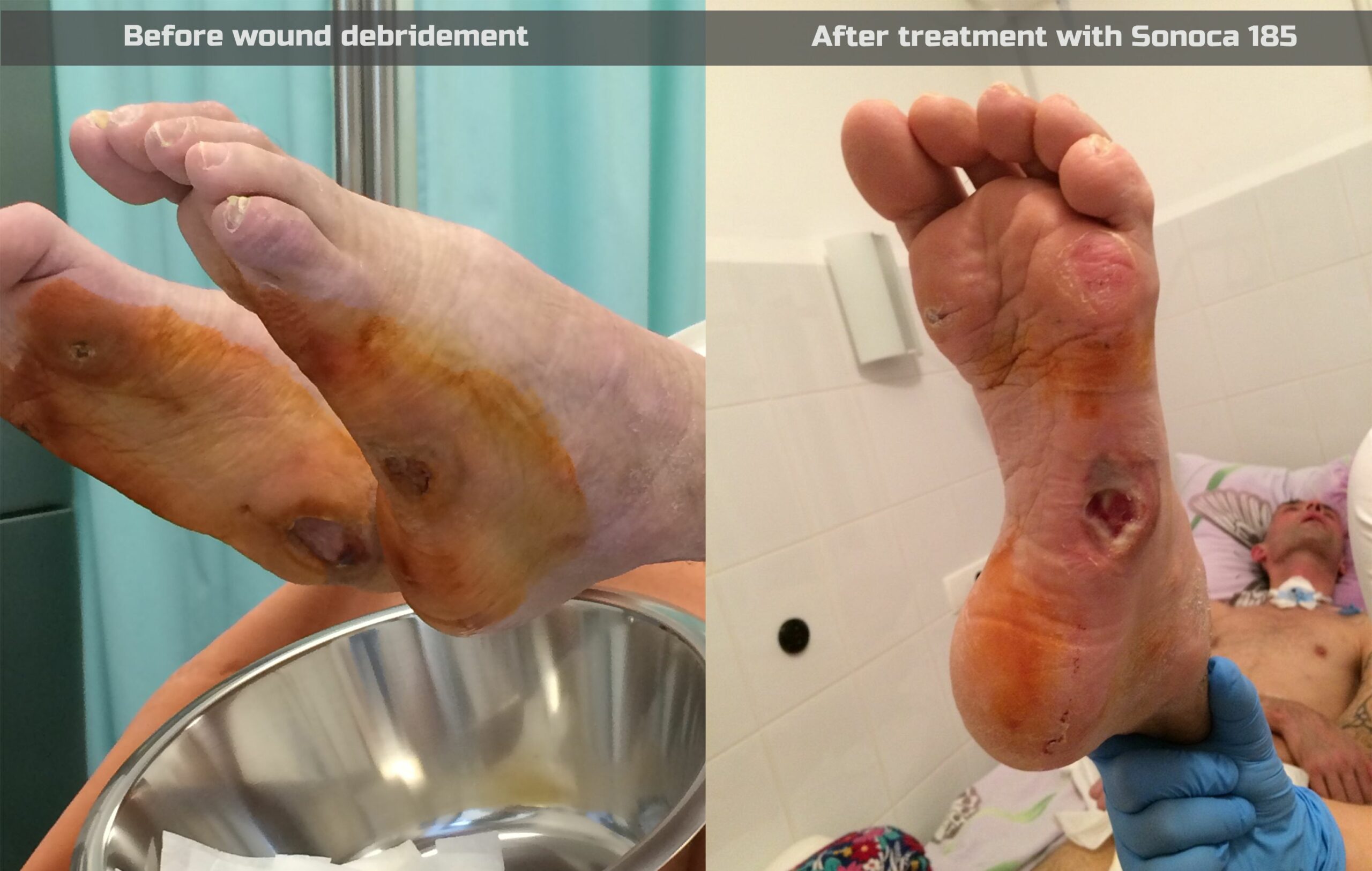